This guide assumes familiarity with Octopus Deploy.  If you don't already know how to set up projects, install Tentacles and configure basic deployment processes it may be helpful to review the Getting Started pages before beginning this guide. Familiarity with the concepts in Elastic and Transient Environments would be an added bonus. 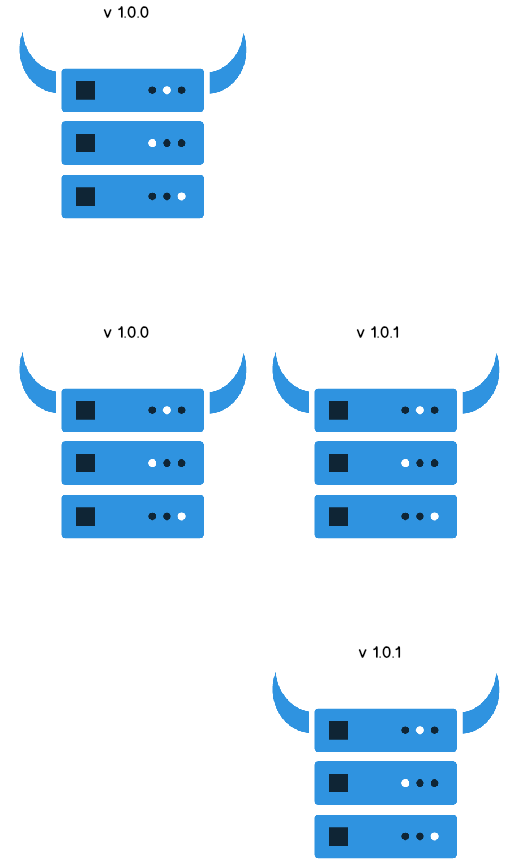 For this demonstration, let's create a project called Hello World that will run a script echoing "Hello World" to each of our Tentacles.  In practice, this would be the project that deploys your application to the Tentacles.

The infrastructure project runs a script that provisions two new Tentacles and removes any old Tentacles in the environment we are deploying to. In practice this project would create your new infrastructure, add it to your load balancer and terminate your old infrastructure.

You could also create and deploy a release of the Hello World project to your shiny new Tentacles, but it requires a lot of button clicking.

Automating All the Things

Imagine a developer makes a change to Hello World and would like to deploy it. At this stage, they would need to create and deploy a release of the Hello World Infrastructure project, wait for the new infrastructure to become available and then create and deploy a release of Hello World.  It is possible but clunky. Also, someone would be required to remove all of the orphaned deployment targets left in Octopus when new Tentacles are provisioned.

Cleaning up old Tentacles can be accomplished through the use of machine policies. The Immutable Infrastructure machine policy that we created earlier can be edited so that it performs health checks more frequently, doesn't mind if machines are unavailable during that health check and automatically removes unavailable machines after a period of time.  This is perfect for ensuring the Tentacles that we terminate are automatically cleaned up in a timely manner. 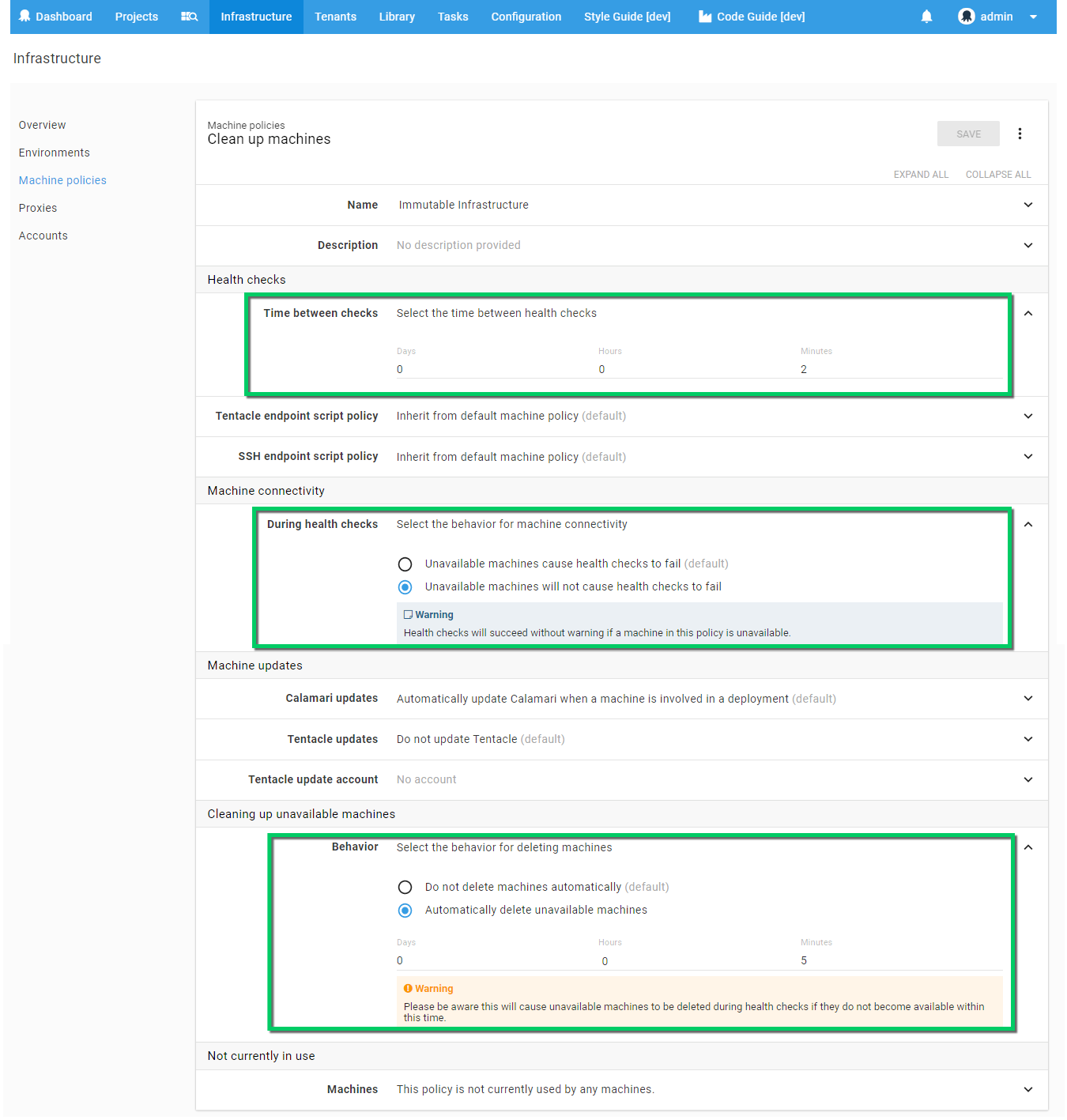 Create and deploy a new release of Hello World Infrastructure.  You should notice that immediately after new Tentacles are provisioned, Hello World is automatically deployed to those Tentacles:

We are almost there! Next we need to bump the version of Hello World and automatically deploy it.

Octopus will automatically deploy the current successful deployment for a project. That means if you deploy release 1.0.0 and then create release 1.0.1, the version 1.0.0 will continue to be deployed until 1.0.1 has been manually deployed.  This is not ideal for immutable infrastructure, because we do not want to deploy 1.0.1 to our old infrastructure, so we have no way to indicate to Octopus that it should start deploying release 1.0.1.  Enter auto deploy overrides. By creating both a new release and an auto deploy override when our infrastructure is provisioned, we can indicate to Octopus that the new release should be deployed to the new infrastructure.

Wouldn't it be amazing if a developer checked in some changes to Hello World and new immutable infrastructure was created with their changes on it? With a few lines of script, your build server can tell Octopus to automatically deploy new infrastructure and deploy the latest release of your project to that infrastructure when it comes online and becomes available to Octopus.  Here is an example that could be adapted to your projects and build server: