For a step running on a worker or on the Octopus Server, you can select a Docker image to execute the step inside of.

When an execution container is configured for a step, Octopus will still connect to the worker machine via a Tentacle or SSH. The difference is that the specified image will be run as a container and the step will be executed inside the container.

See the blog post announcing this feature for some added context.

You need Docker installed and running on the worker/Octopus Server (built-in worker), in order to use execution containers for workers 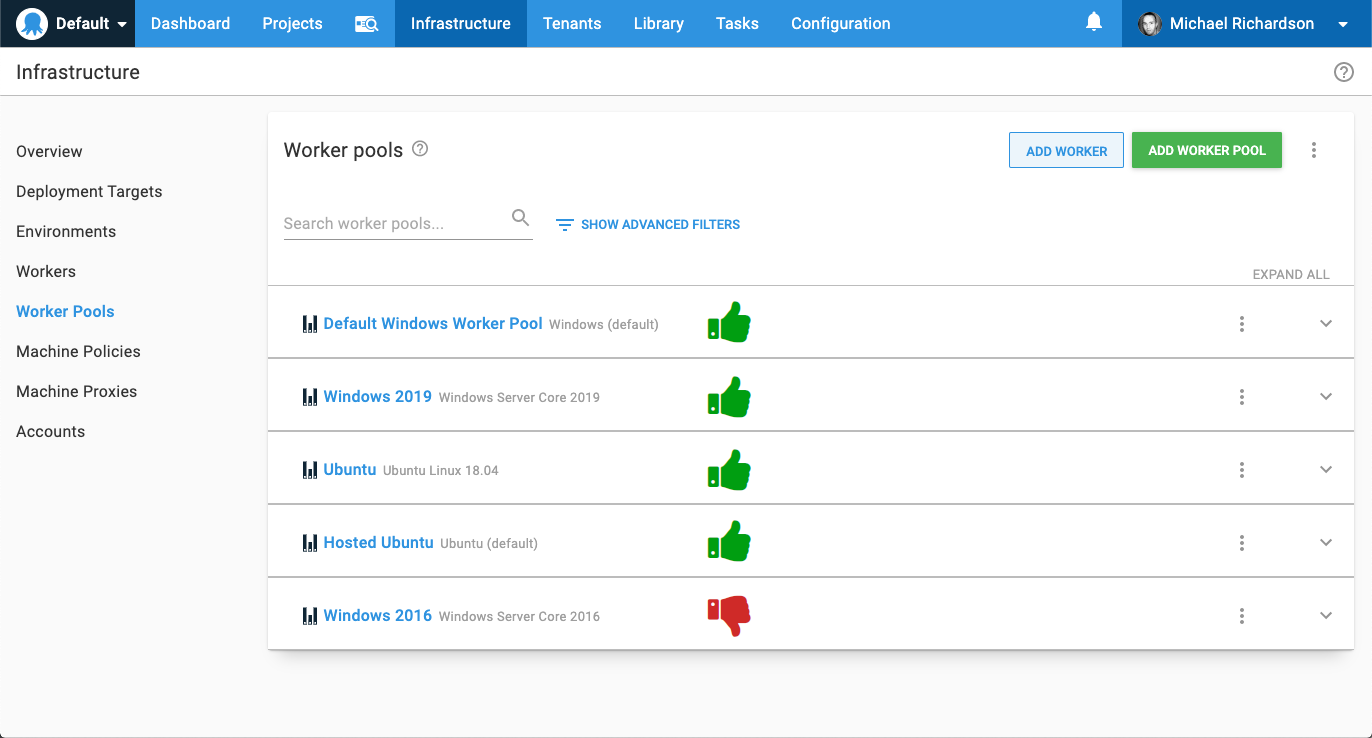 How to use execution containers for workers 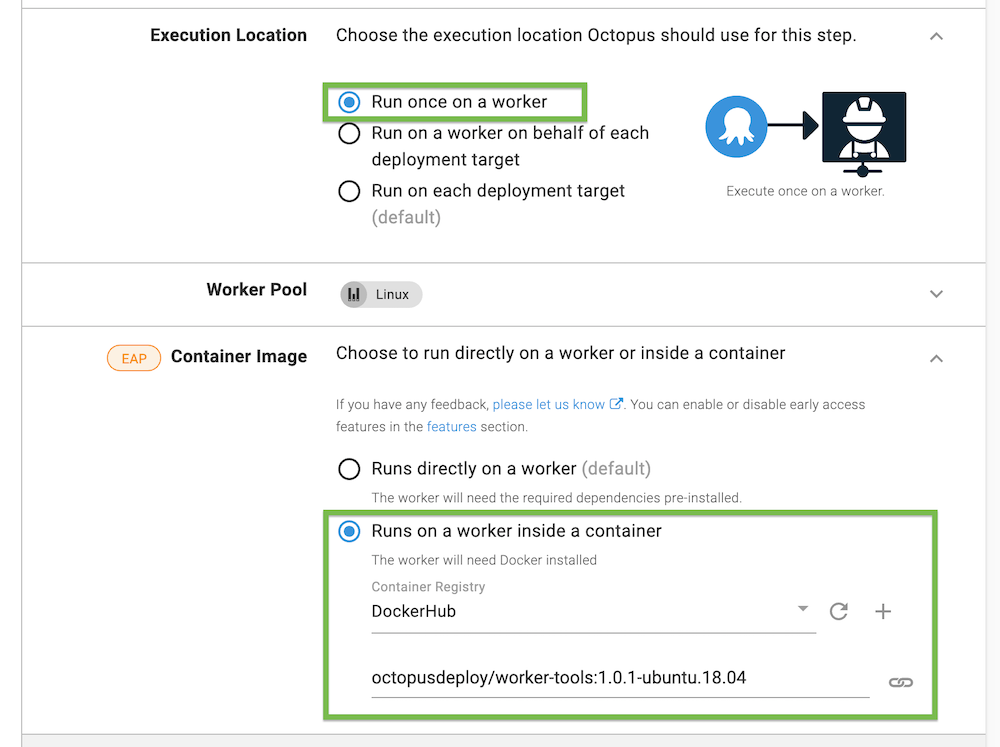 First deployment on a docker container

Pre-pulling your chosen image will save you time during deployments.

Which Docker images can I use?

The easiest way to get started is to use the worker-tools images built by Octopus Deploy.

Images based on Alpine Linux (or any distro using musl instead of glibc) can not currently be used as execution containers.

For convenience, we provide some images on Docker Hub octopusdeploy/worker-tools which include common tools used in deployments.

The canonical source for what is contained in the octopusdeploy/worker-tools images is the Dockerfile's in the GitHub repo. For example:

Some of the tools included are: