This guide will walk through rolling back a Kubernetes Deployment. The example application used in this guide is a containerized version of PetClinic that will create the following pods:

For this guide, we'll start with an existing deployment process for deploying PetClinic to a Kubernetes cluster: 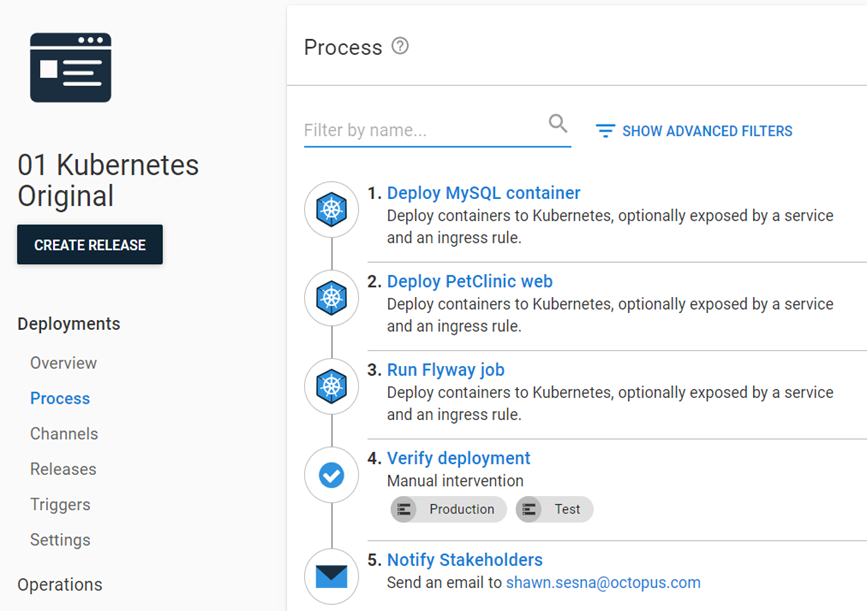 The most common reason for a rollback is something is wrong with the release. In these cases, you'll want to block the bad release from moving forward.

The updated deployment process for a simple rollback would look like this: 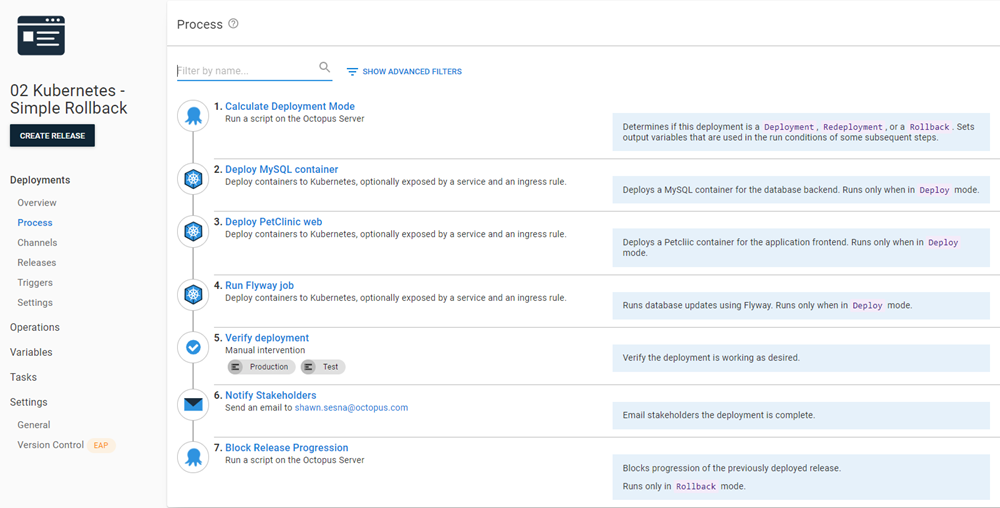 To ensure that both of those steps are not run during a rollback, use the following output variable from the Calculate Deployment Mode step as the Variable Run condition.

When viewing the deployment process at a glance, it is not readily apparent that a step has a run condition associated with it. Octopus Deploy provides a Notes field for each step where you can add information such as in which conditions the step will run as a way of self-documentation.

A feature of Kubernetes is the revision history of the cluster components. The command kubectl rollout history deployment.v1.apps/<deploymentname> lists all deployment revisions.

Using this feature, we can create a rollback process that would allow us to roll back quickly. 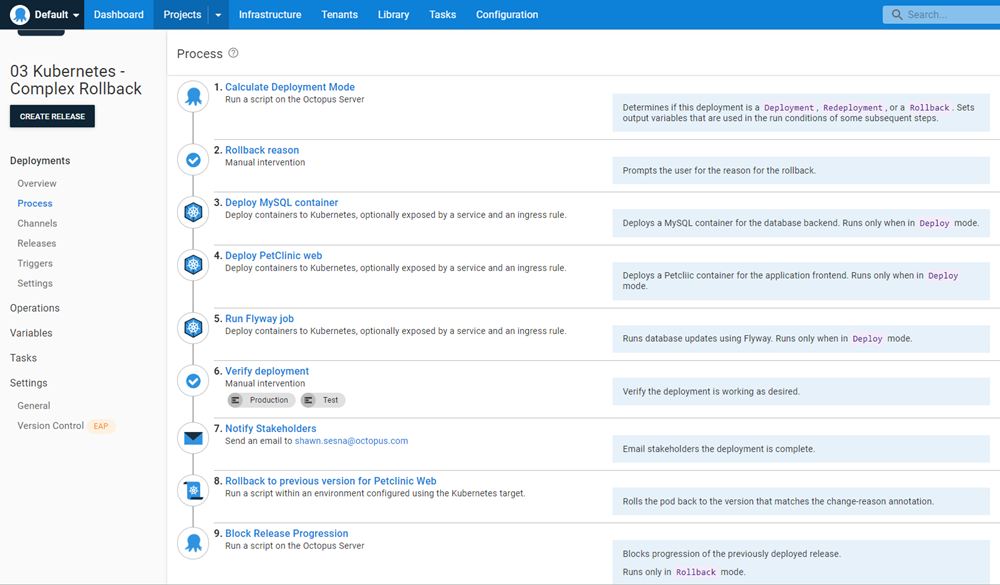 Next, we'll go through the newly added and altered steps:

This is a Manual Intervention step that prompts the user for the reason they are rolling back. The text entered is stored in an output variable which will be used in the Block Release Progression step further down the process.

The revision history command for Kubernetes showed that there were multiple revisions stored within Kubernetes for deployment. However, it's not obvious as to which revision belongs to which Octopus release. Adding a kubernetes.io/change-cause annotation to the Deploy PetClinic Web step would add the Octopus Release Number as the change-cause so we could later parse it for which revision to roll back to.

Running kubectl rollout history deployment.v1.apps/<deploymentname> would now show something like this.

Rollback to the previous version for Petclinic Web

Using the annotation from the Deploy PetClinic Web, we can use the following script to identify the revision we want to roll back to and perform the rollback using the built-in functionality of Kubernetes. This step uses the Run a Kubectl CLI Script step with the following code.

The Rollback Reason step captures the reason for the rollback. We can pass the text entered in this step to the Reason field of this step by using the following output variable.

It is our recommendation that you start with the simple rollback strategy, moving to the complex if you determine that the simple method doesn't suit your needs.