When a release is deployed to an environment, it can be thought of as deploying all changes contained in all releases since the previous deployment to the environment.

Deployment notes summarize these changes by rolling up the release notes from all releases since the previous deployment of the project to the environment.

Pre-release versions are handled differently to other versions for release changes and deployment notes. Deployments of a pre-release will only ever include changes for that single version, they do not accumulate across versions like other scenarios.

This is because in some scenarios different pre-release versions could be getting deployed to an environment where they co-exist. As an example, consider deployments for an application installer or a NuGet package, you could have multiple branched versions of those co-existing in an environment at any given point, so the accumulation of work across releases has to be treated differently.

Octopus treats pre-releases as a work in progress that will fall under the banner of full release when they are completed/merged. At that point, the changes are then considered for accumulation across the full versions.

It can be useful to access the changes associated with a deployment in the deployment process. Deployment change variables are available during a deployment.

A common example of this is for use in the email step. 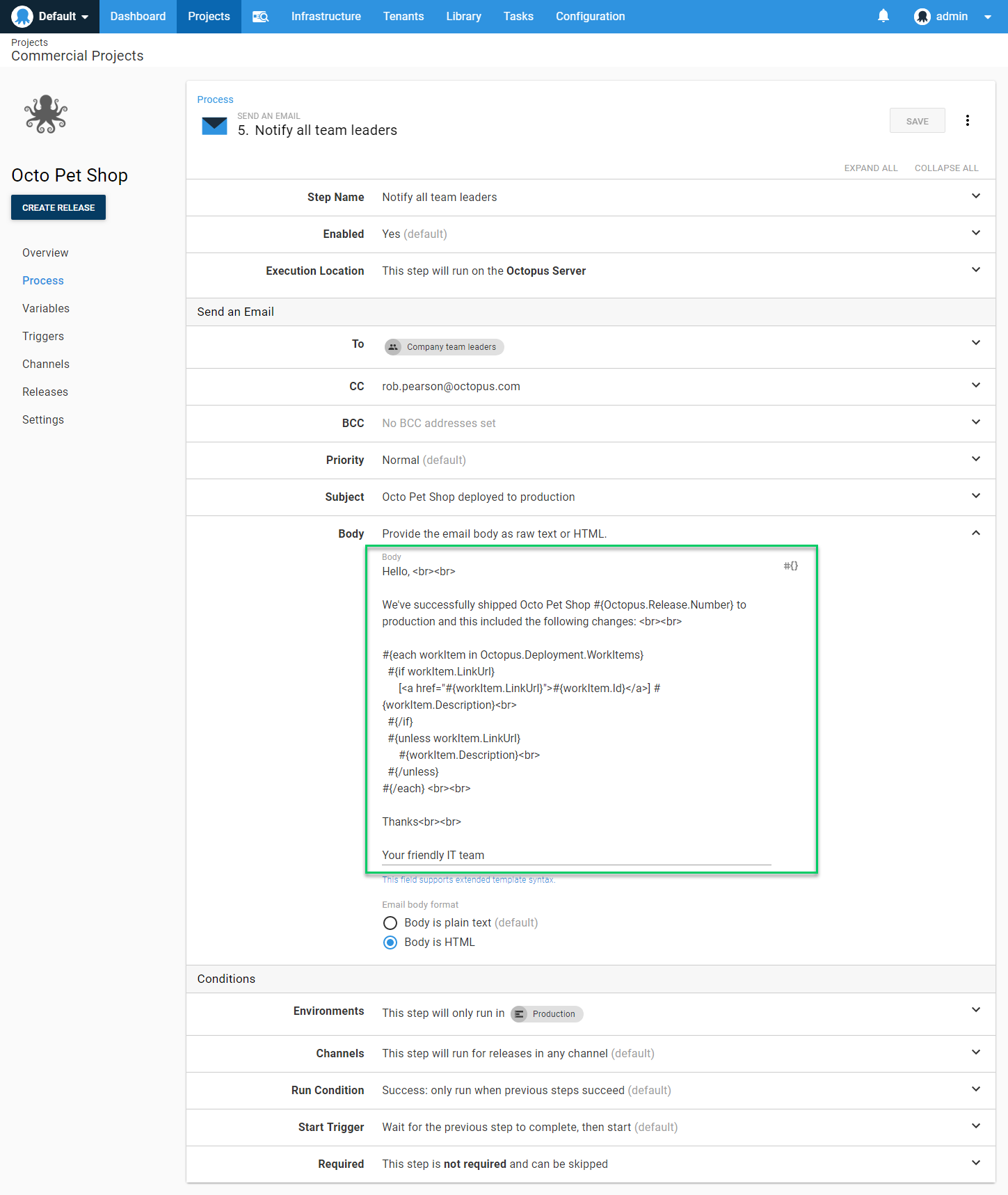 In scenarios where you want to use Release Notes Templates and Emails steps together, there can be some complications depending on the layout of the email content you need. The easiest option is to use the release notes directly from the releases:

Starting from Octopus 2019.9 you can specify a template for deployment changes output. The output of the template is used in the portal to render the changes in both the deployment preview and on the deployment details.

The output is also available for use during a deployment by using the Octopus.Deployment.ChangesMarkdown variable. The content of the email above could be used as the deployment changes template for the project, and the email step could be simplified to:

Using this method, you would see the same content in the portal for the deployment preview, on the deployment details, and in the email that is sent.

All environment and tenant related variables are available to the template.

The default template, when the field in the project settings is left blank, is as follows:

There might be instances where you want to customize the deployment notes such that they only show the last change deployed.

The following template only shows the most recent change being deployed, including release, package and commit information: 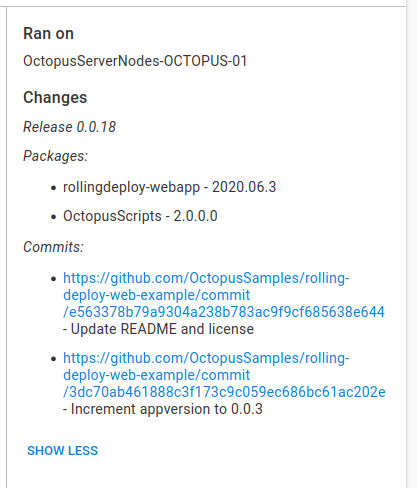