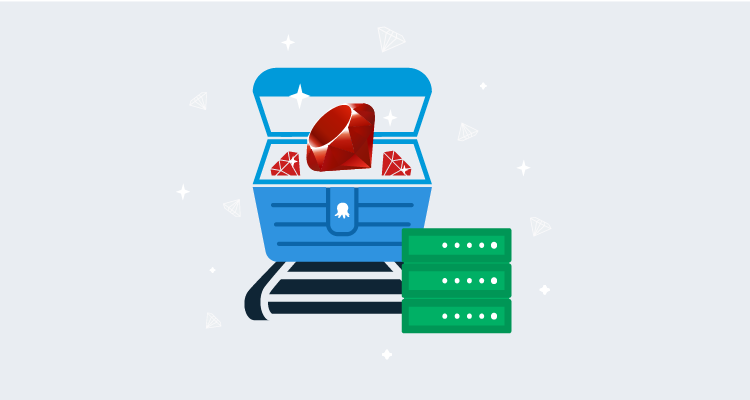 Twitter, Airbnb, Shopify, and GitHub are big names in the tech industry. Along with being instantly recognizable, they have something else in common; they're all written in Ruby.

In this post, I demonstrate how to deploy a web application written in Ruby, including database migrations, using Octopus Deploy.

For this post, I'm using the Veggie Tracker sample application.

This sample includes the web application and the code for creating a database and performing database migrations. With some modifications to the project, I had this application running fairly quickly in my local environment (see GitHub for the modified version).

With Ruby, it's important to understand the distinction between an App Server and a Web Server.

An App Server runs the Ruby application, and usually works without having a Web Server in front of it. The disadvantage to this approach is that the App Server can only serve the application it's running, versus being able to handle multiple applications like a Web Server.

In addition, App Servers typically don't handle things like request compression or SSL/TLS. For this reason, the most typical configuration for Ruby web applications is to have something like an Apache or NGINX Web Server in front of the App Server.

When developing in the Ruby language, you have many application servers to choose from, e.g. Unicorn, Thin, Puma, Passenger, etc.

The original application server for the Veggie Tracker application is called Shotgun. The README of the project states that you simply need to run Shotgun from the command-line to get the application running on your local machine. This works if you're developing on Linux.

Although my server is Linux, my development machine is Windows, so I need something that works for both Windows and Linux. The Puma application server is both Linux and Windows compatible. Switching to Puma is as simple as removing Shotgun from the Gemfile and adding Puma.

Configuring Puma for use with sockets

The above code is configured to work with the Linux NGINX server that it was going to be deployed to. Remove this file to run it locally on Windows.

The original application is configured to use SqlLite as the database, however, it can easily be modified to use something like Postgres. There are two modifications to achieve this:

1. Add the reference to the Postgres gem in the Gemfile:

2. Create a database.yml file in the config folder:

The database.yml file allows you to override the connection properties based on the defined environment. For this post, however, I configured the database.yml file to inherit everything from the defaults as I will be using the Structured configuration variables feature in Octopus Deploy.

As Ruby is a scripting language, there's no need to build the application. However, there are distinct advantages to using a build server with a Ruby application:

For this post, I'm using GitHub Actions as the build server. Below is the YAML which does the following:

With our build complete, we can focus on creating the deployment in Octopus Deploy.

This post assumes you're familiar with creating projects with Octopus Deploy.

The deployment process for the Veggie Tracker application consists of a single step with multiple components, which I cover later.

Before we define our process, let's create variables to use in our deployment: 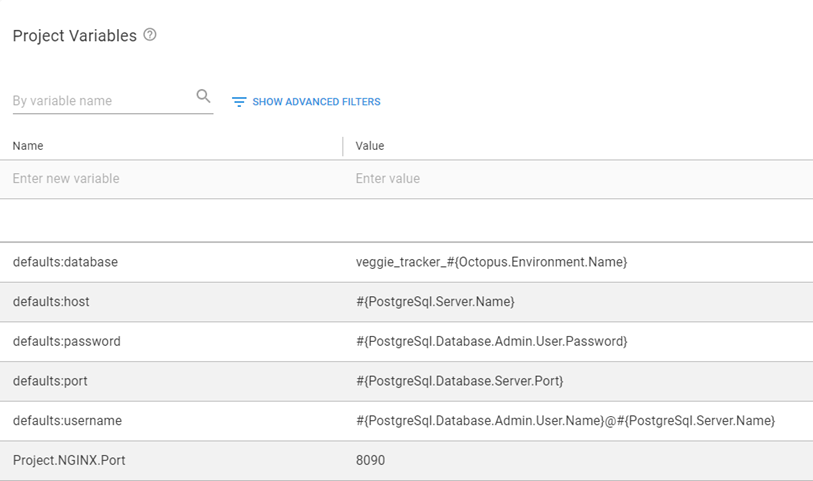 The variables that begin with defaults: are the ones used with the Structured Configuration Variables feature.

Add a Deploy to NGINX step.

Under the Package Details section, choose the VeggieTracker.Web package.

We'll run two scripts as part of the deployment process.

To perform both the database creation and migrations, place the following code in the Deployment script window. Be sure to select Bash as the language to use.

The Gems this affects are identified in the build log with Installing X with native extensions, and those need to be built again on the target platform.

The NGINX step configures NGINX to serve the Puma Ruby App Server, but we need something to start Puma, especially after a reboot.

The following script configures the Puma App server to start as a Linux Service:

We'll use the Structured Configuration Variables feature to replace the values in the database.yml so that we connect to the database server. This file is located in the config folder of our application.

Now we define items such as bindings and locations for NGINX.

Remove the default binding and replace it with the port variable configured in our Project variables. 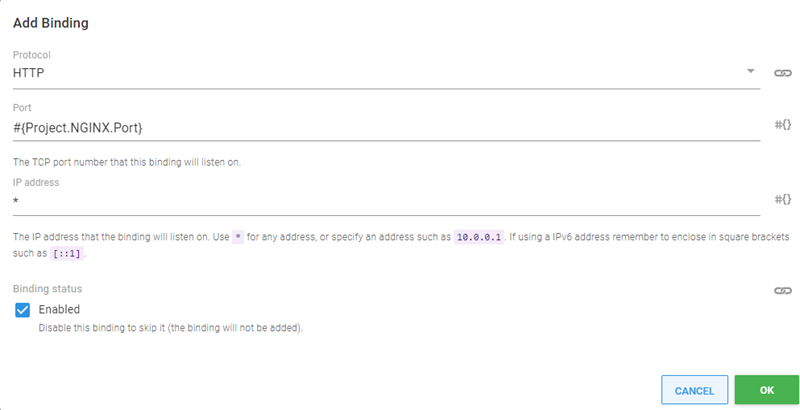 There are two locations to define for our application. Both locations have some directives that will also be applied. Click ADD LOCATION to get started.

The first location is / and needs two directives.

Click the ADD DIRECTIVE button and enter the following: 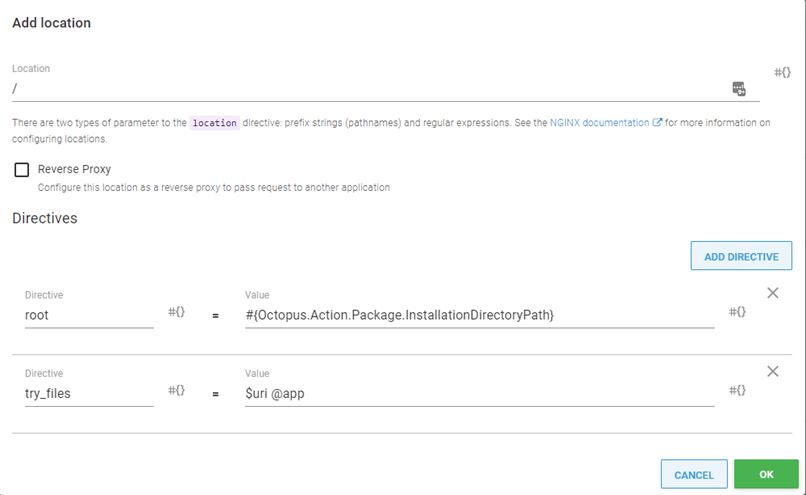 The second location is @app. This location needs to be configured as a Reverse Proxy to http://unix:#{Octopus.Action.Package.InstallationDirectoryPath}/shared/sockets/puma.sock with a single directive. 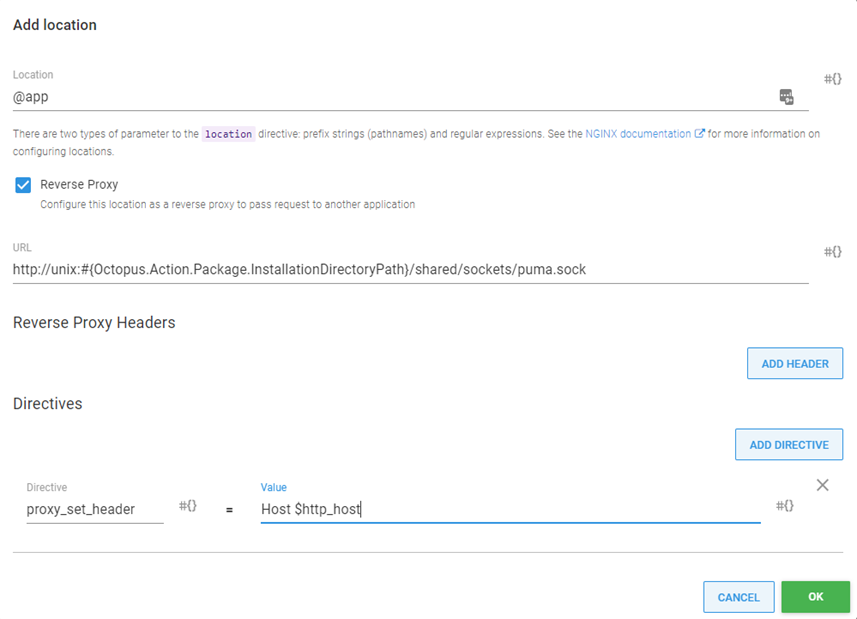 After the locations are complete, we're finished with the deployment process. You can create a release and deploy. 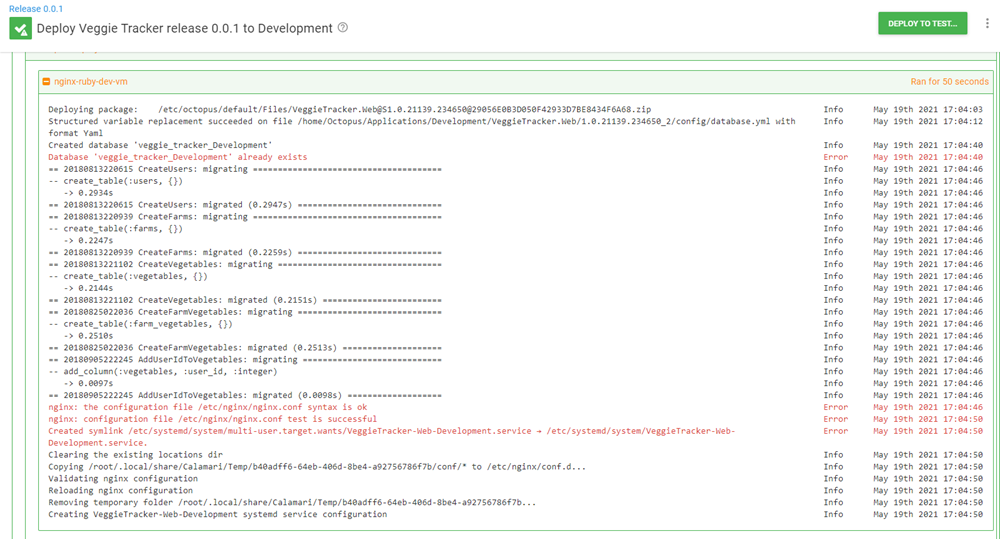 Some programs on Linux write information messages to the stderr stream. Octopus interprets these as possible errors and displays them in red. It's normal to see messages like this.

Opening our browser, we can see the deployed application in action. 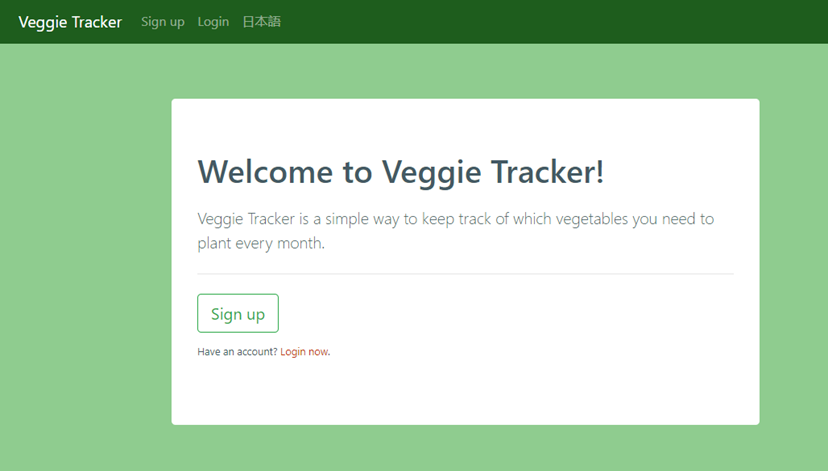 In this post I demonstrated how to deploy a web application written in Ruby to an NGINX web server, including the database migration.