We want to be the best place you’ve ever worked, and we’ll trust and empower you to do the best work you’ve ever done.

If you join Octopus, you’ll be joining a high trust, remote-first team that helps over 350,000 people around the world to deliver working software to production.

We’ve been around since 2012 and we’re used by over 25,000 companies, including ASOS, Xero, StackOverflow, NASA and Disney.

We’re profitable and long-term oriented. And yet we’re growing quickly. It’s a unique opportunity to join a growing company without all the craziness. With that growth comes all kinds of opportunities for career progression and professional and personal development.

What’s it really like here? We’ve made our internal handbook public, so you can see for yourself. It will answer many of the questions you might have. 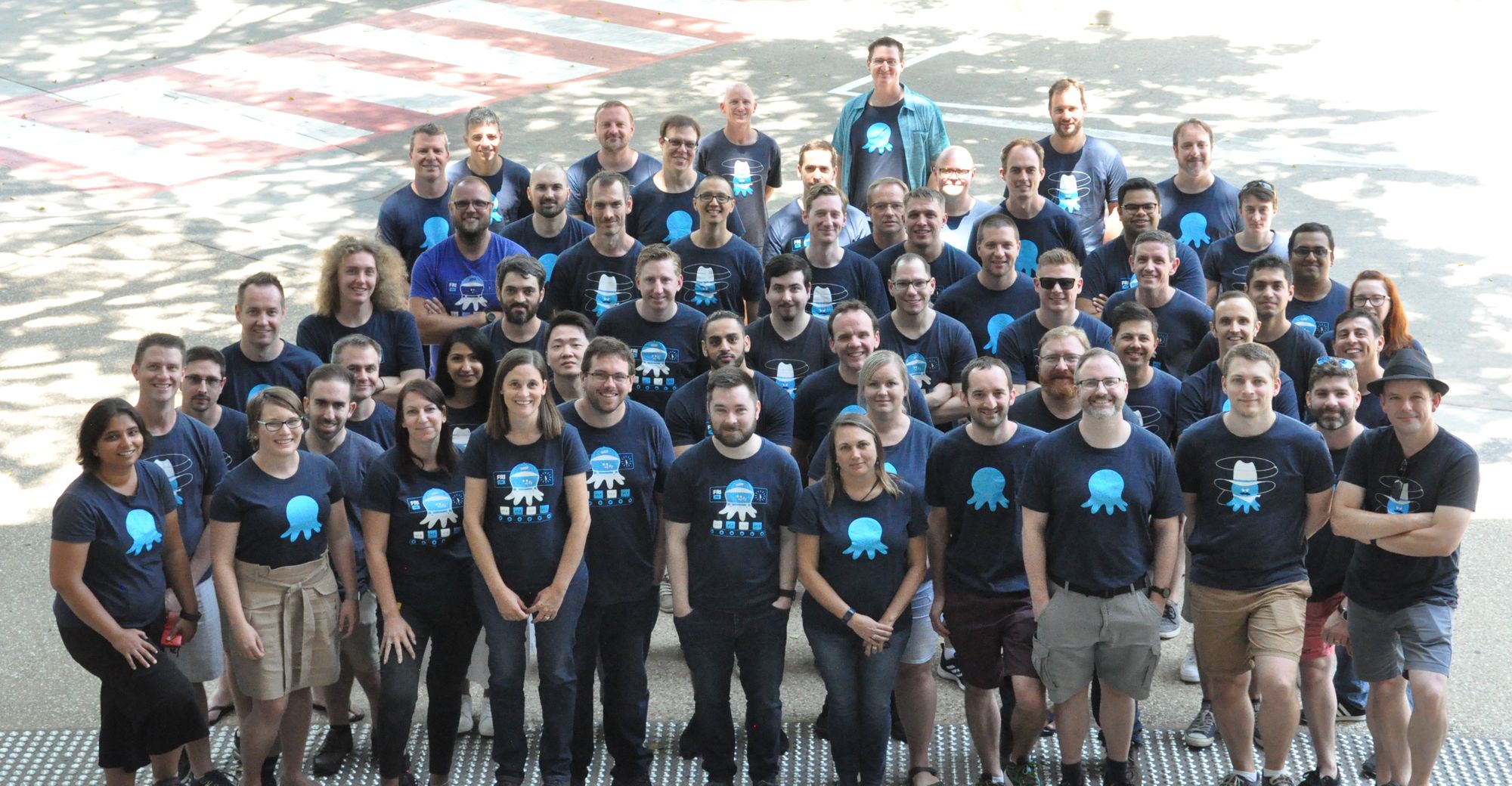 Our team at Kick Off 2020, our yearly in-person get together, in Brisbane, Australia.

A friendly team, where your work counts

Today we’re small enough that you’ll know everyone by the end of the year, but big enough that we’re not all juggling a dozen things. You’ll be able to focus on what you do best, and your work will make a genuine difference. The team you join will likely be pioneering something new for us or creating something that's used by thousands of software teams all over the world.

Although we have an office in Brisbane, Australia, most work is done from people’s homes, especially for those not in Brisbane. We’ve been working this way since we started in 2012, so it comes naturally. More about where you work.

Trust and autonomy to do the best work of your life, in work that makes a meaningful difference.

Along with a pro-active salary review and feedback system.
Learn more.

As we grow, new opportunities to learn, advance and contribute are continuously opening.

Choose your own laptop and home office program.
Learn more.

Excellent health care, dental and vision.
(US only)

No crazy hours or arbitrary deadlines.

If you share our core values but none of the roles above seem quite right, but you think you can bring something unique that might help, we’d love to hear from you. Just talk to us.