Back when I first started building Octopus Deploy, I searched iStockPhoto for Octopus images, and came across this image: 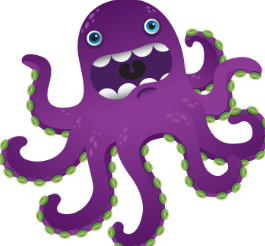 The colors in that image became the color scheme for the first beta releases of Octopus Deploy:

I needed a smaller logo that I could use in the top corner, though, so I asked my sister to design a logo. That logo became the logo we've used since beta: 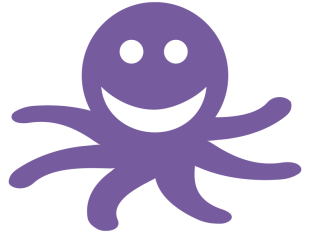 I felt the logo was good enough for a version 1.0 release and I liked the smiley face. In fact, a customer even suggested having the logo "frown" when a release failed or the server crashed, so we added that a few releases ago.

As nice as the smiley face is, however, it always felt a little too cartooney for a "professional" product, and it doesn't scale too well at small sizes. Octopus is growing up, so we engaged Corey Ginnivan to give the logo a makeover. Without further adieu, I'm proud to announce the new Octopus logo!