Available as a pre-release Octopus Deploy 2.5 is on the shelves (so to speak). Closing out just under 50 GitHub Issues, lets see whats under the hood.

Are you one of those systems adminstrators who has to get up at ungodly hours of the night to run a deployment? Well this is the feature for you. You can now stay in bed while a scheduled deployment runs for you. 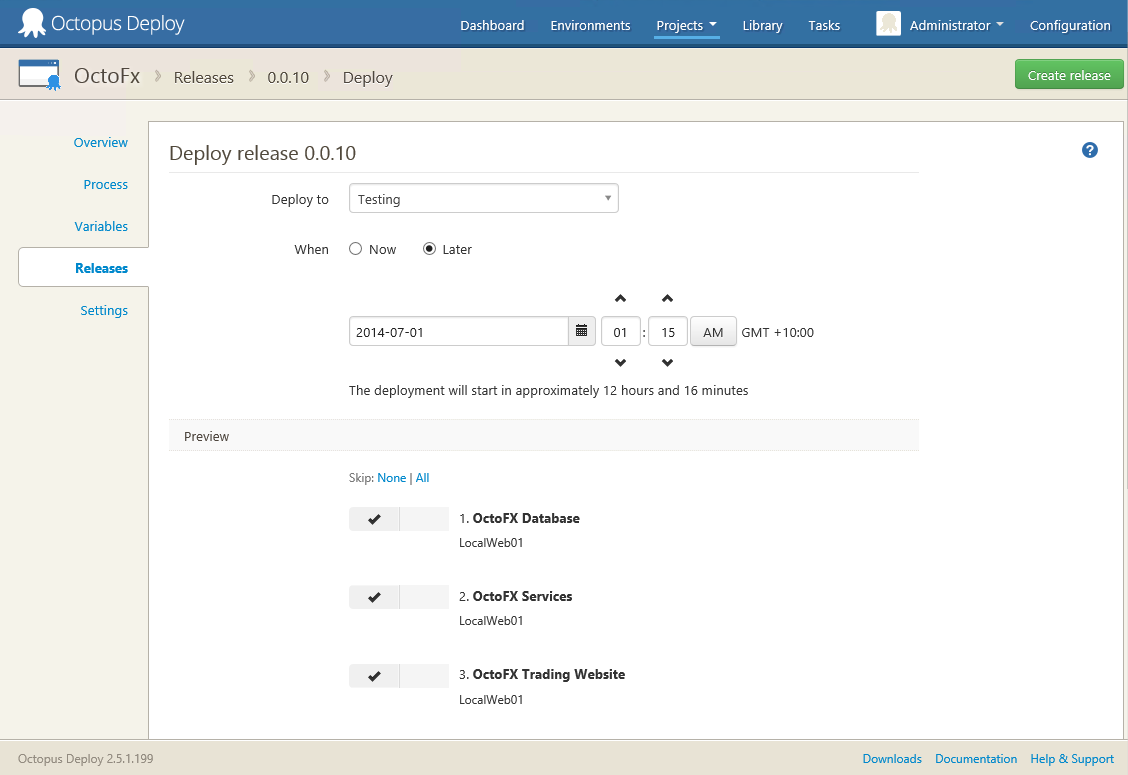 As you can see you can now schedule when deployments run. 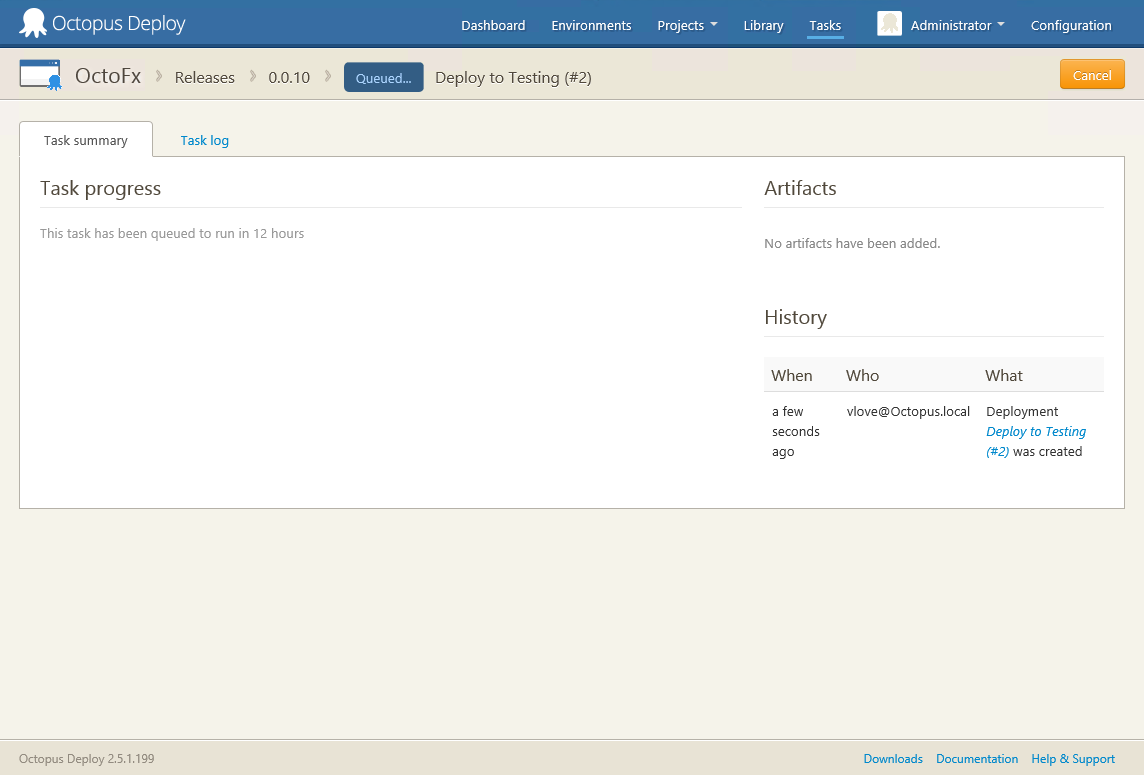 When you submit, the task page shows that the deployment is Queued and when it will run. 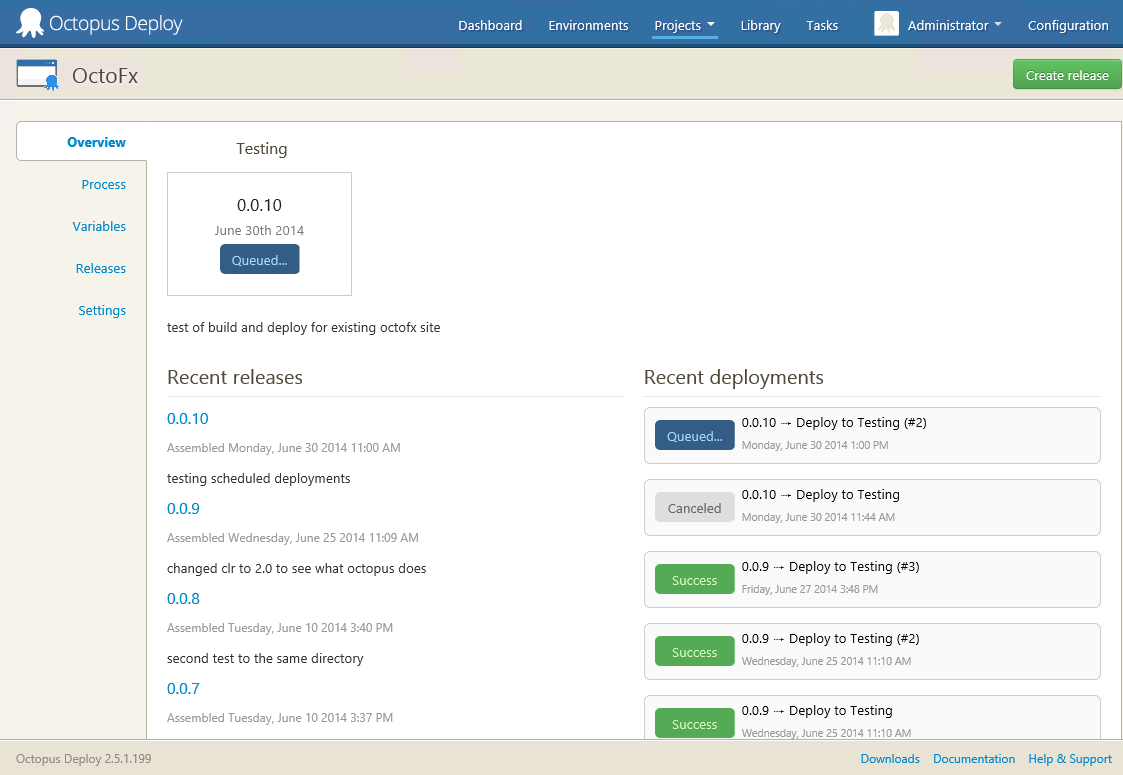 You can also view the queued deployment on the project dashboard.

Previously on the task page it was pretty hard to find specific tasks that had run, just offering a list of all tasks by date. But not now. Now you can choose an environment, project or activity type and filter the lists. It lists all active tasks in a group at the top of the page, and filterable and searchable list of completed tasks below. 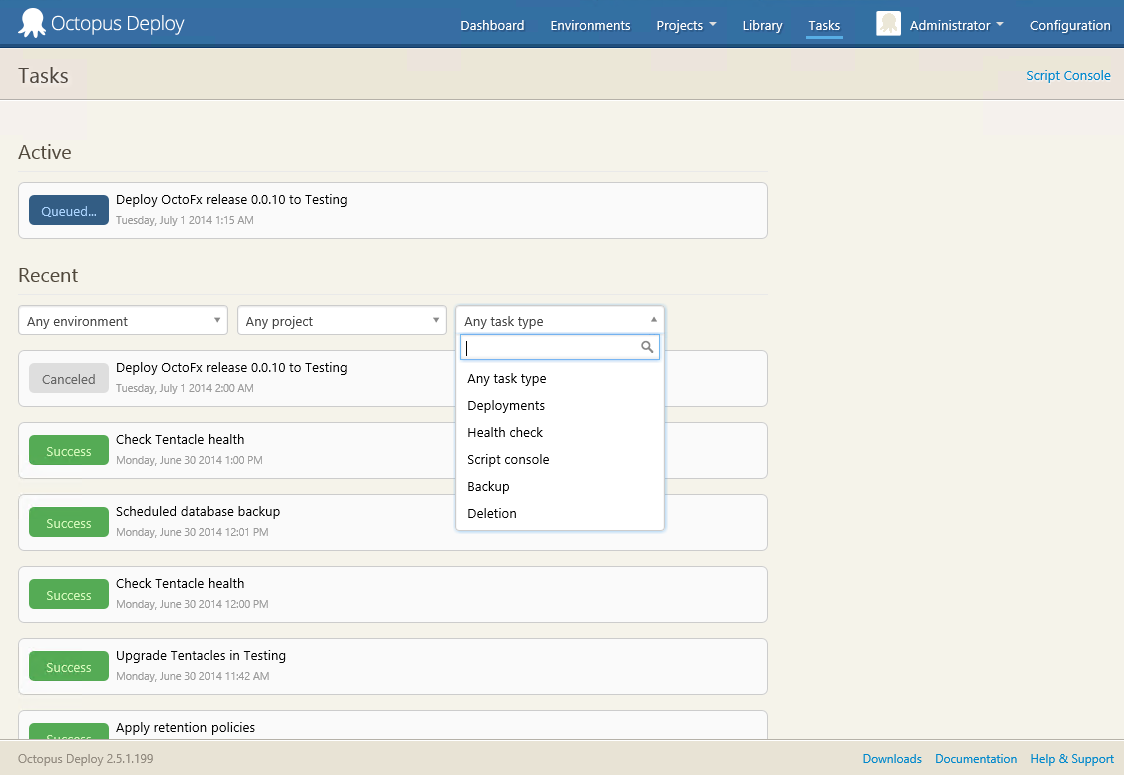 You can now pass the --progress argument when using Octo.exe to deploy and this will output the deployment to the console. 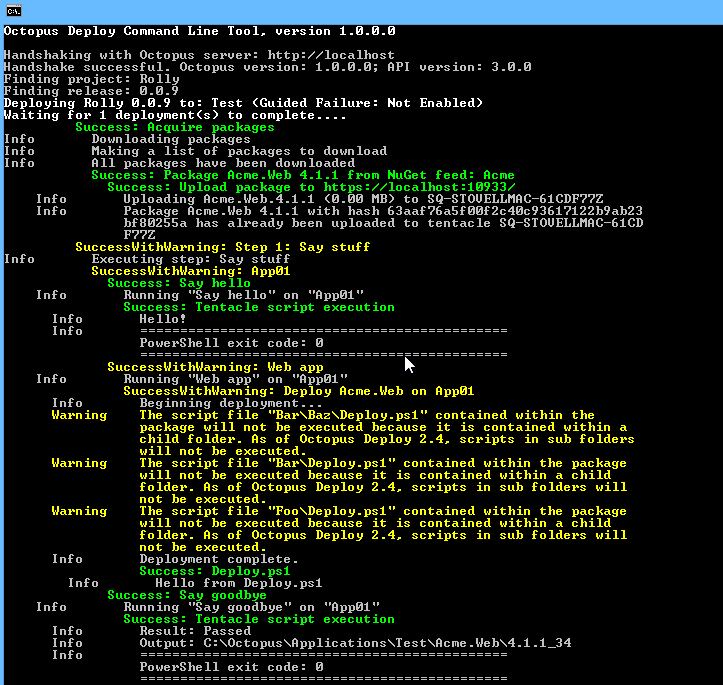 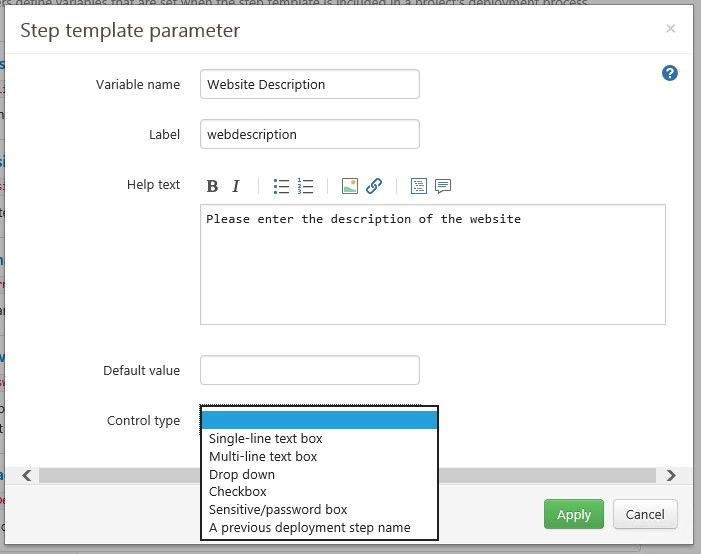 Deployments no longer attempted to out of date Tentacles

Previously a deployment would continue if a Tentacle did not have a matching version to the Octopus Server. This has been corrected by stopping the deployment and giving an error message. 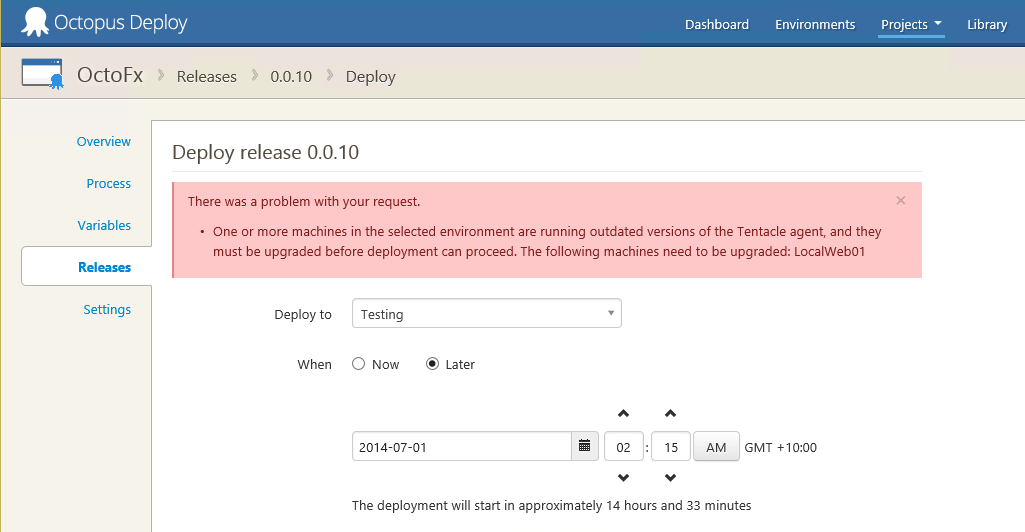 There are two breaking changes in this release to be noted.

Those of you who use the inbuilt NuGet repository, we no longer watch the folder for changes, as this was causing some locking issues. If you use the API or nuget.exe to push files up to the repository, this change should not effect you. If you are using XCOPY it will have an effect. Using an external feed will be the only option. We will be refreshing the repositories index on every restart of the Octopus Server Service however.

Breaking Change: Unique SQUID required for all machines used in a deployment

If a deployment detects two or more machines with the same SQUID the deployment will be stopped until the duplicate machines have been removed from the machine targets.

Check it out now!

We have updated the Octopus Live Demo to use 2.5! So go and take a peek!