As part of Octopus Deploy 3.8.7 we released a new feature related to Elastic and Transient Environments that we thought warranted a call out.

Allow deployments to No Targets

The core of the feature is a project level setting to opt into being able to perform deployments into environments where there are no targets. 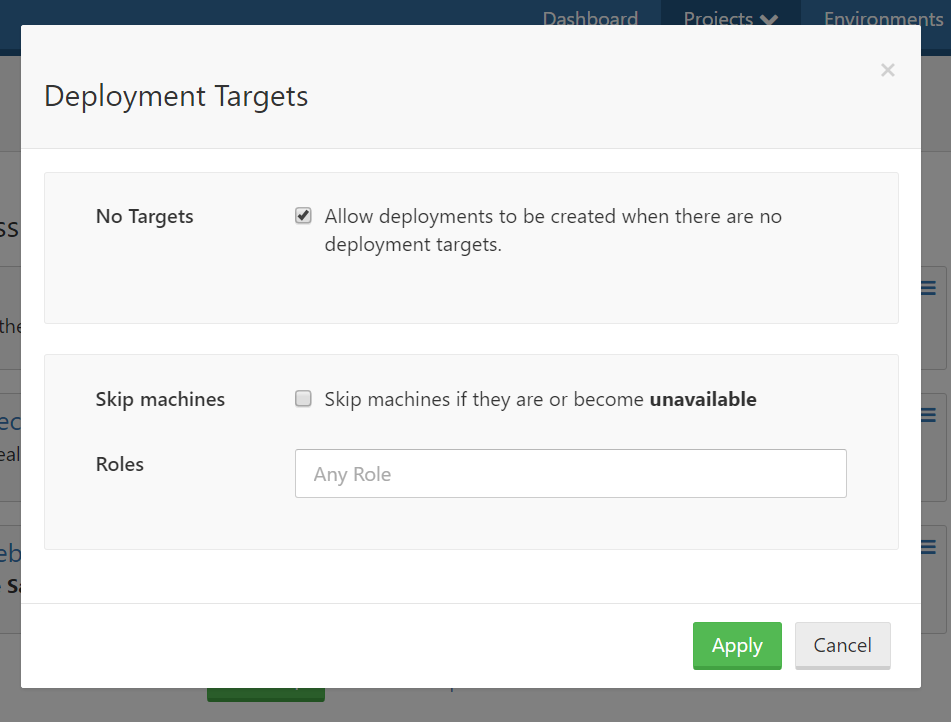 Why is this useful?

How do I use this new feature?

The setting shown in the screenshot above will allow you to create a deployment when there are no targets in an environment. That's essentially all you need, but you will likely want to couple this with the use of triggers for most scenarios.

If you are using Immutable Infrastructure then this feature will be useful if you want to combine the infrastructure provision steps and application deployment steps into a single project.

You have to opt in!

For those who haven't seen or used the auto deploy overrides functionality, it is a command line option to manually override which release will be deployed to a given environment/tenant. This is useful when you want to lock an environment/tenant to a specific version, rather than have them always receive the latest successful release.

Release overrides have previously been a recommended option for handling deployments into environments with no targets, as it can be defined without an existing deployment. When a new target appears in the environment the auto deploy trigger will fire and a task to deploy the specified release will be queued. Now that the releases can be deployed to environments with no targets, this usage scenario for auto deploy overrides is no longer necessary.