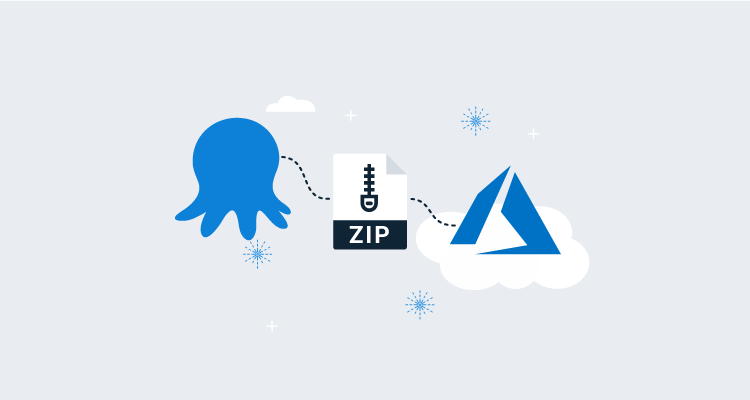 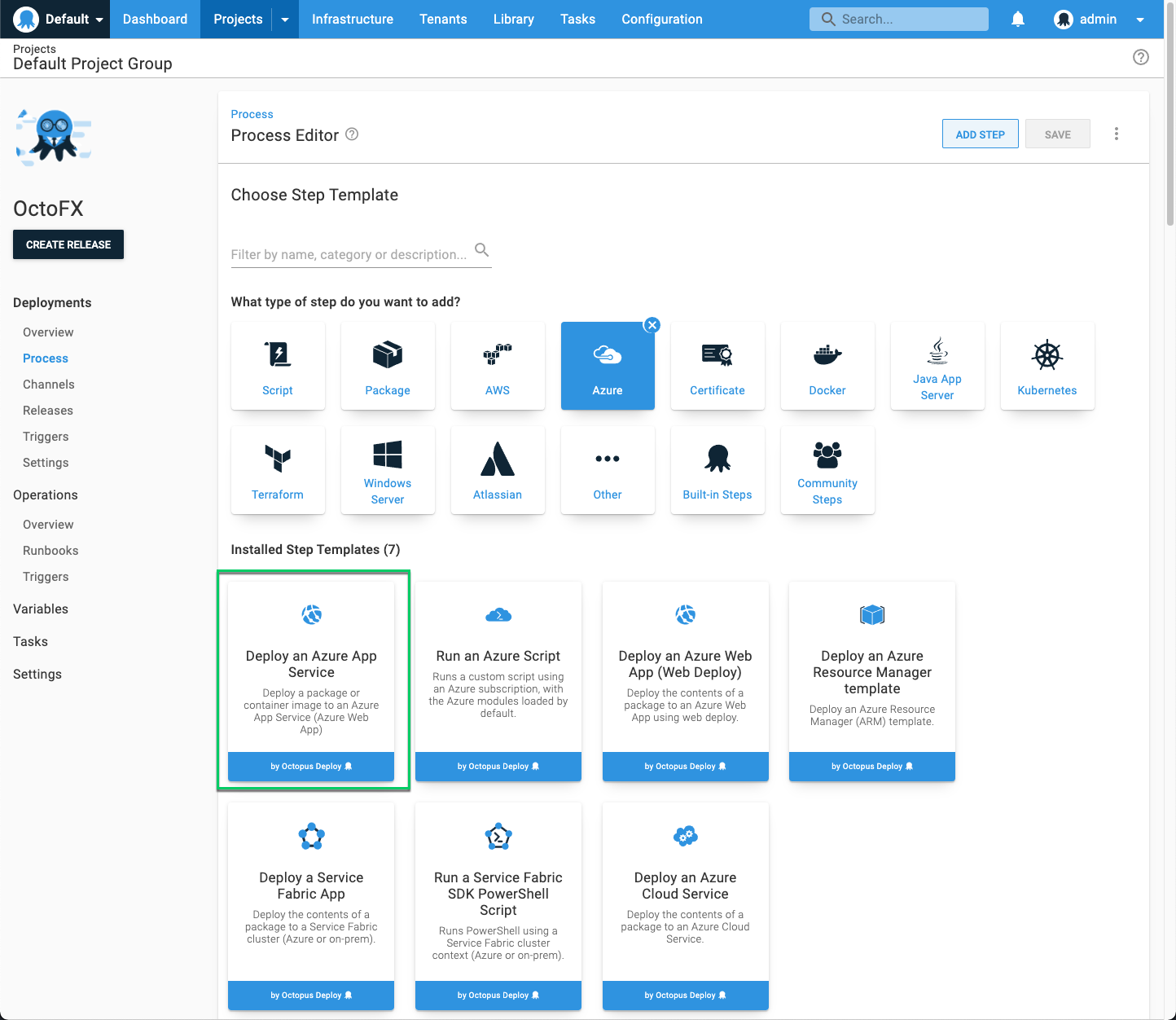 The new step also brings the ability to configure the Azure application settings and connection strings.

This is done by supplying the settings and/or connection strings as JSON.

The benefits of using the JSON format are:

In the future we hope to add a friendlier UI over these fields, and maintain the JSON configuration as an 'advanced' mode.

When deploying applications packaged as zip, nupkg, or war files, multiple options are available for transforming configuration files within the package. Octopus will extract the package and perform these transforms before pushing to Azure. 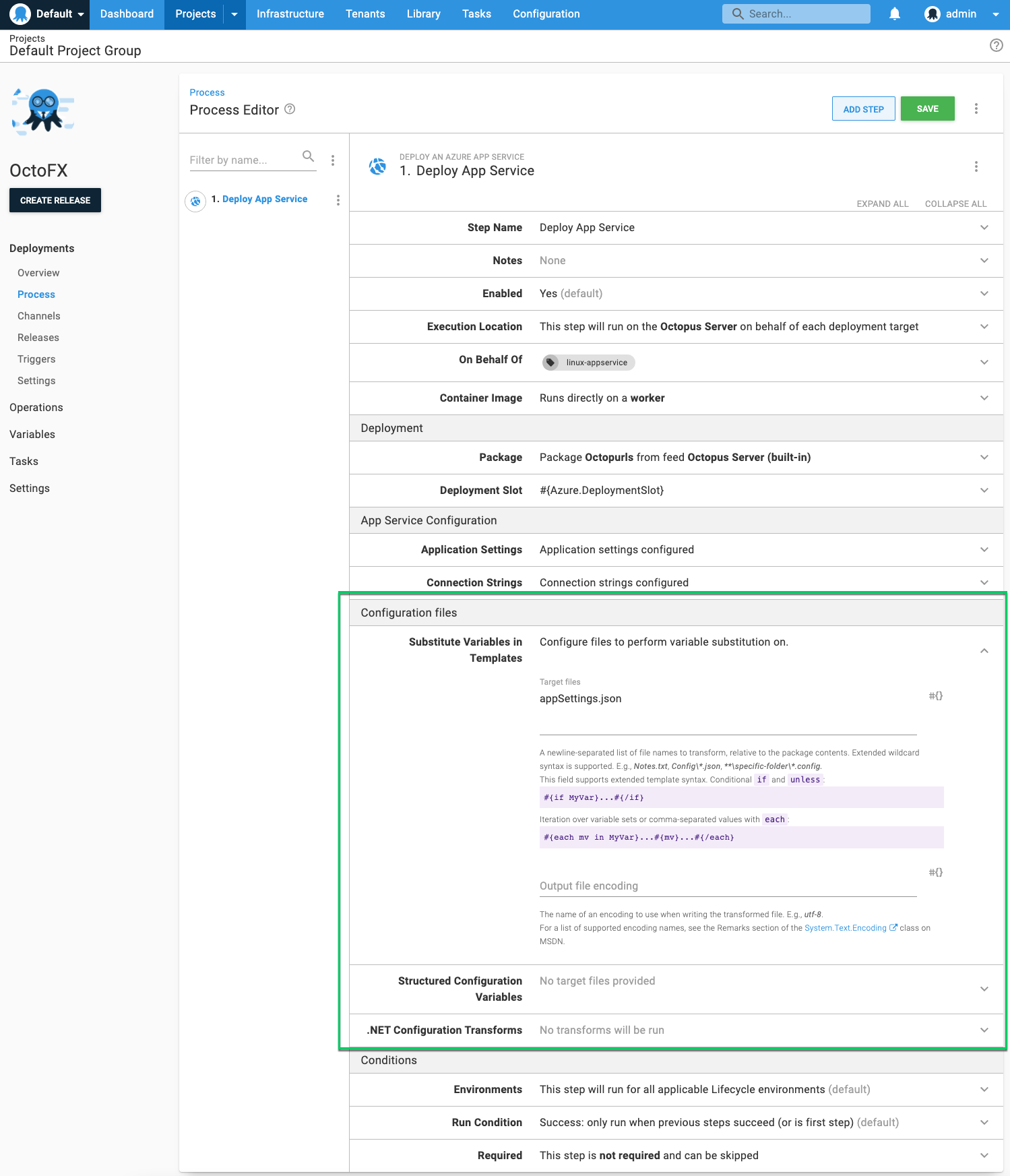 The following options for transforming configuration files are provided:

We tip our hats to our friends at Clear Measure for their help in developing this new Azure App Service integration.

The Deploy an Azure App Service step is available now in both Octopus Cloud instances and in Octopus 2021.1 on the self-hosted downloads page. We hope this makes it easier than ever to deploy your Azure web applications.