Since the last public beta, we've fixed a number of bugs, and added a migration tool to import data from Octopus 1.6 instances. 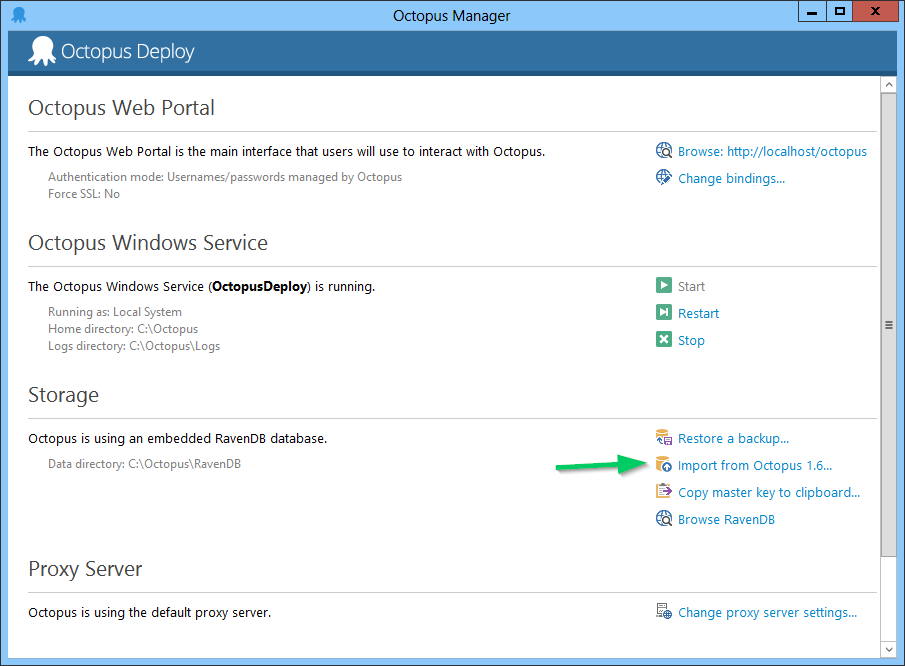 Why are we calling this the release candidate? Because we think it's basically Octopus Deploy 2.0, without a few last minute polish things. In fact there are very few issues left on our 2.0 list; they are mostly just related to polish and load testing.

Is this ready for production?

We're confident that while there may be some edge case bugs, Octopus 2.0 RC is ready for serious production deployments. Besides, let's face it, Octopus 1.6 has its own share of bugs and performance issues, most of which are fixed in 2.0. We've been using this version of Octopus to test and deploy Octopus itself, along with the OctopusDeploy.com website and a number of test projects.

Please note that there won't be any more maintenance releases on the 1.6 branch from now on.

The documentation also got a complete overhaul this week, and I'm proud to say it's a lot more extensive than the Octopus 1.6 documentation. We're using Confluence to host documentation now, which has been a nice experience. Check out refreshed documentation for Octopus Deploy 2.0

The OctopusDeploy.com website also got some love this week, and we're taking orders via Braintree rather than FastSpring. If you spot any broken links or pages that look off, let us know!

We'll be working on the last of the Octopus 2.0 tasks over January which will take this build out of RC status and into RTW status, with the aim of releasing Octopus 2.0 in late January.