For this experiment I set up 2.6 and 3.0 servers with 20 Tentacles each. The Tentacles were located on the other side of the world so that network conditions would slow package acquisition, making it a significant part of the deployment. I performed 50 deployments of 110MB packages. Each package contained 10MB of changes. 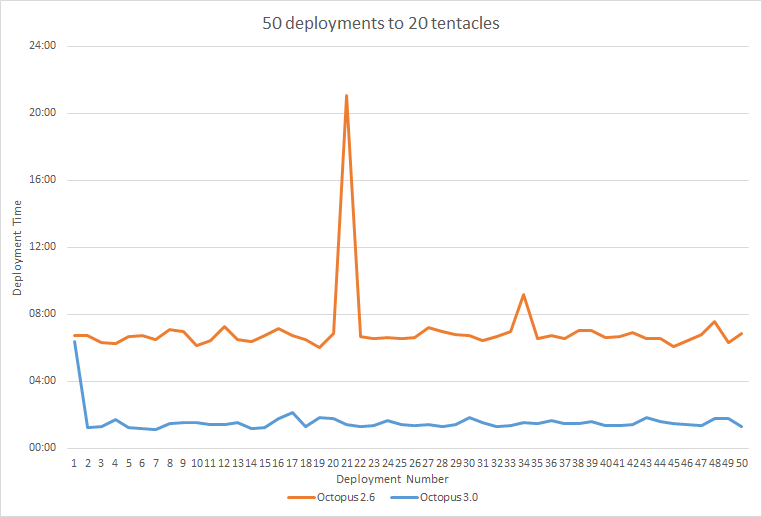 2.6 took on average 7 minutes to complete a deployment and had a total run time of 6 hours 7 minutes.

3.0 took 6 minutes 23 seconds to performed the first deployment and then averaged 1 minute 30 seconds to calculate deltas and push them to the Tentacles for a total run time of 1 hour 26 minutes.

That is a pretty amazing result. With Octopus Deploy 3.0 you will spend less time waiting for deployments. Delta compression also saves your bandwidth and frees your Octopus Server and Tentacle resources for more deployments!

Octopus Deploy makes it easy to automate the deployment of real-world applications.