We tested High Availability on Amazon EC2 with the following configuration:

We queued 150 deployments of packages ranging from 10MB to 1000MB, some with scripts and some with artifacts. Total size of deployed packages was just over 50GB with a lot of delta compression being computed to stress the CPU and file share. 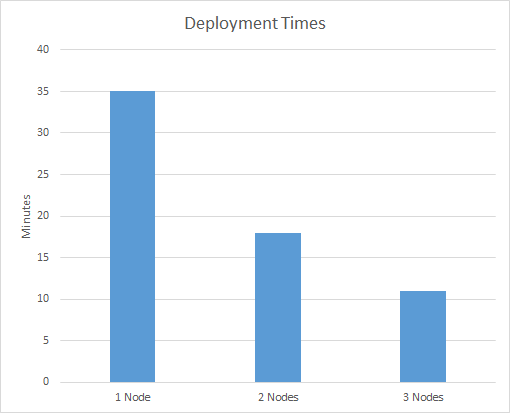 We have some final testing and work to do, and then we'll be making High Availability available for trial in a few weeks. We hope that you will enjoy it!