Today we've released a preview version of Octopus Deploy 2.1. Octopus 2.0 was only released a little over a week ago, and in that week I think we've managed to do quite a bit. Let's see what's new in 2.1. 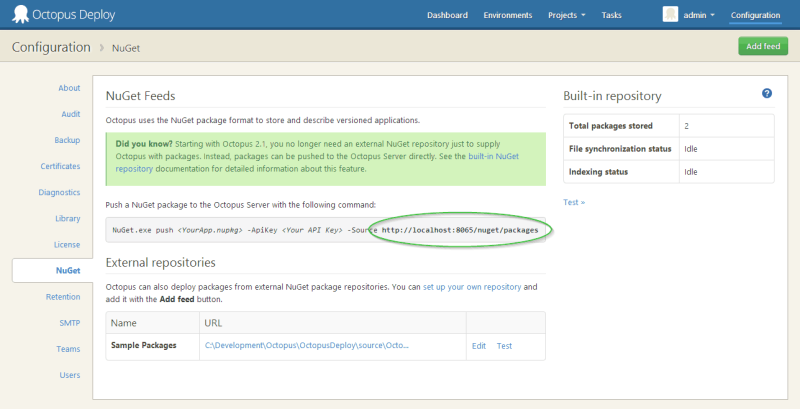 Of course, you can continue to use other external NuGet package repositories; this repository just provides a nice default when you are setting up an Octopus server and don't have an existing repository that you want to use.

To increase the level of accountability and transparency, the audit log now displays a diff of what changed when viewing changes to a document. For example, here we can see that it was Bob who renamed the Test environment to Staging. Naughty Bob!

(Interestingly, we've actually been capturing this information since Octopus 2.0 was released, but we didn't have a UI to show the event details until now)

We had a lot of people asking for this: you can now sort and filter variables in the variable editor.

Guest sign in is, of course, disabled by default. You can enable it from Octopus Manager: 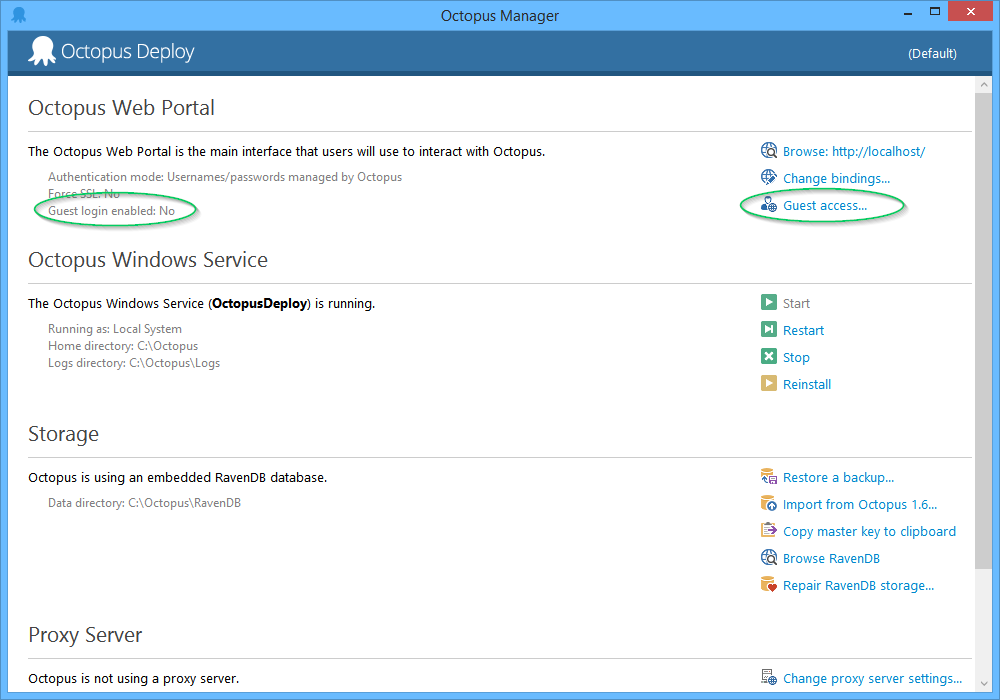 Guest users are always read-only. You can restrict what environments and projects they can view by assigning them to roles. 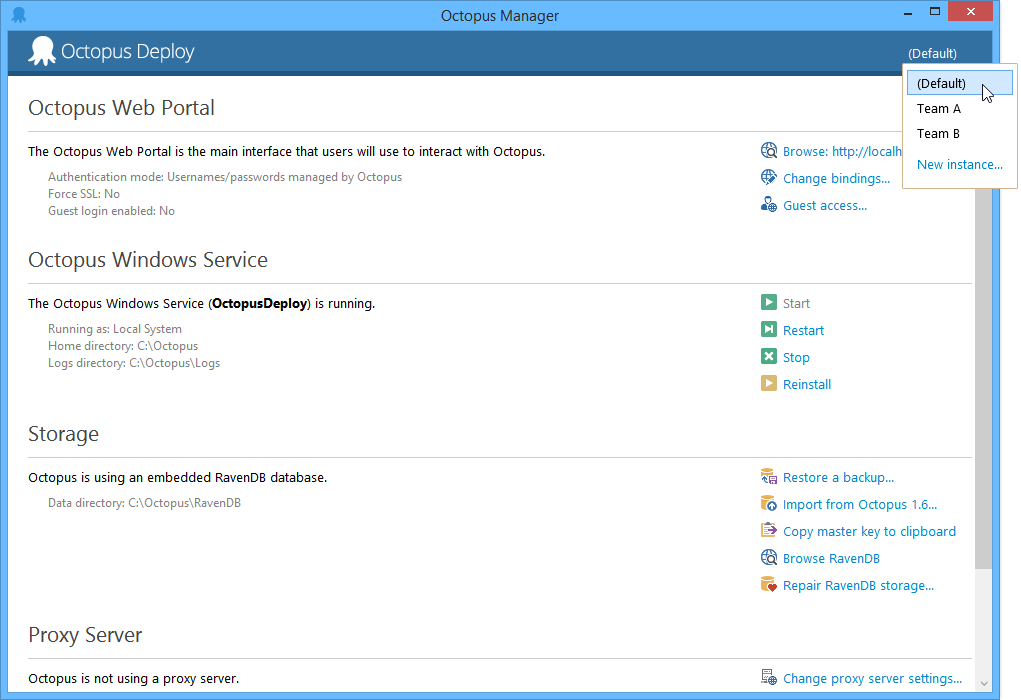 2.1 also includes a lot of small bug fixes and tiny enhancements, such as the ability to clone projects. Read the full release notes to see what else changed. Happy deployments!