We just shipped a pre-release of Octopus Deploy 2.2. This release contains a number of bug fixes and minor enhancements, as well as a couple of neat new features.

For administrators, 2.2 introduces a new Script Console that can be used to execute ad-hoc administration tasks using PowerShell. This makes it easy to run a snippet of PowerShell across many machines, and to view the results in a single place. 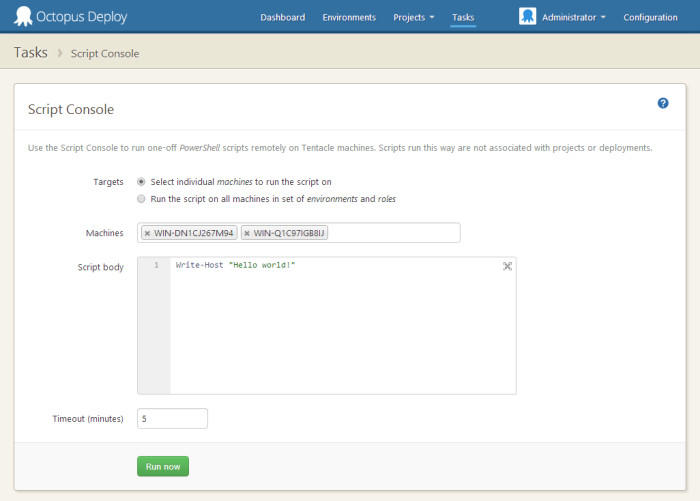 When a script runs, all output from all servers is shown in the task output: 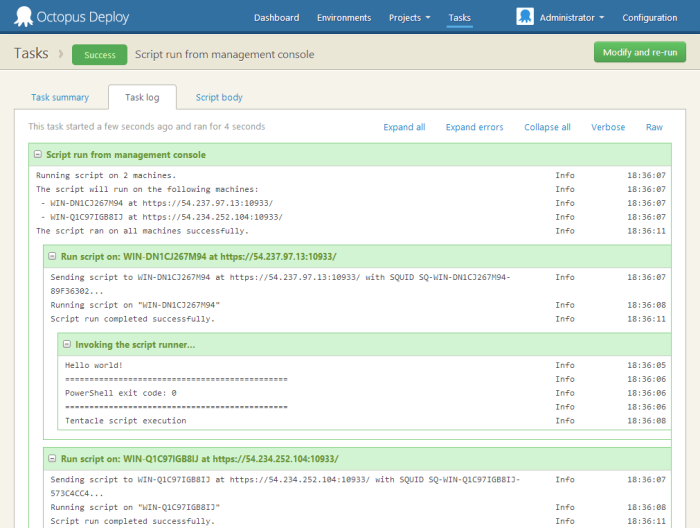 Scripts run this way also appear in the audit log, and you can view the script that was run any time. I think this makes a nice alternative to using Remote Desktop or PowerShell Remoting to remotely perform tasks.

Most of the time, when you need to perform a custom action in Octopus, you can perform them using PowerShell scripts embedded inside your NuGet package. And we've also supported the ability to run PowerShell scripts as standalone steps.

But sometimes you need to run a script during the package deployment (so that you have all the variables available), but without embedding them inside your NuGet package. You can now do this using a new feature on package steps: 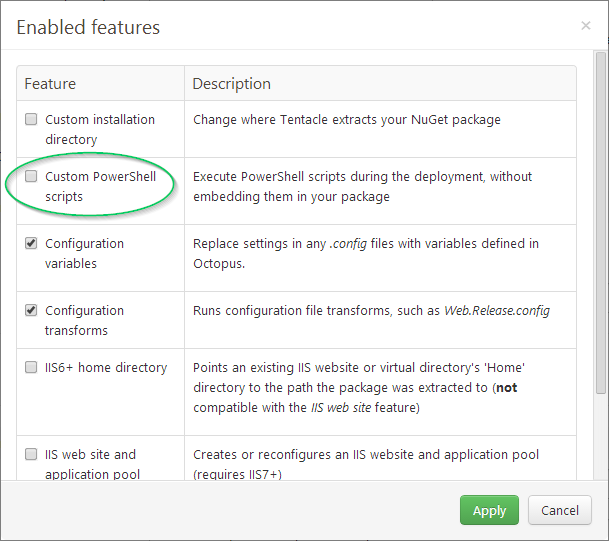 With the feature enabled, your deployment script can now be edited inside the Octopus UI rather than inside the NuGet package: 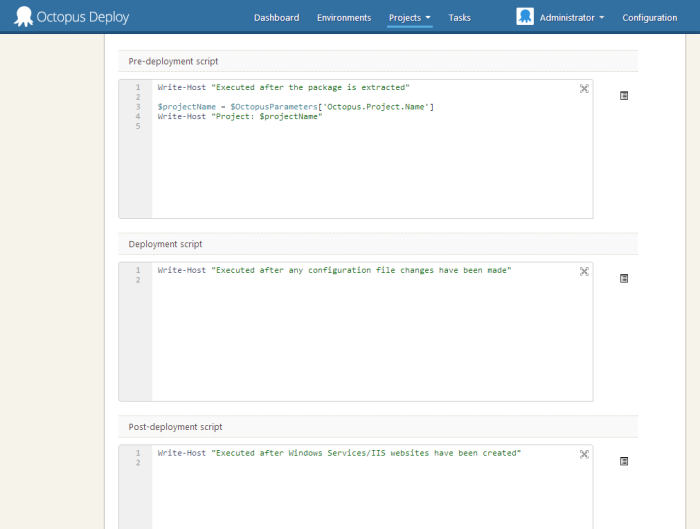 Note that we still recommend putting custom deployment logic inside the NuGet package in general; this feature is really only intended for the small handful of scenarios where this isn't possible.

In the screenshots above, you might have noticed that the script editing control now shows a button to make the PowerShell editor full screen. No more editing in tiny text areas!

IIS bindings can be... bound

One other change made is that when using the automatic IIS site creation feature, you can now bind fields on the HTTP/HTTPS bindings defined for the site. 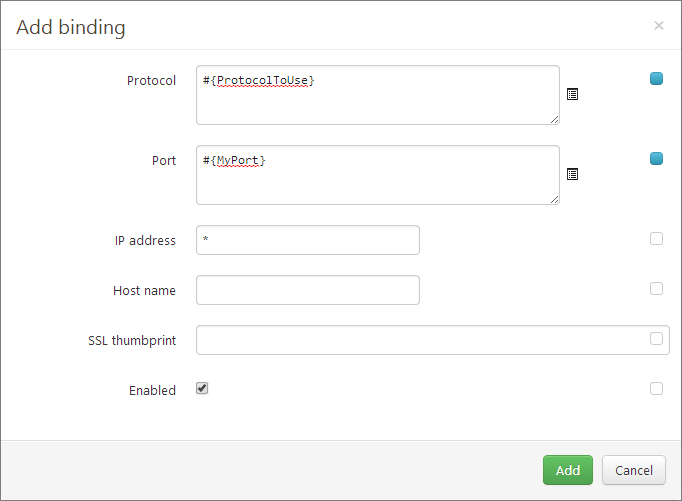 Quite a few small bugs and enhancements were also made in this release - check out the release notes for details. Happy deployments!