Octopus is designed to make deployment a repeatable process, avoiding the human error that is introduced when software is configured by hand, or in an ad-hoc fashion. Projects, deployment processes, releases, and deployments are all important concepts for realizing this aim.

When managing a large fleet of machines, however, it is occasionally necessary to perform one-off management tasks.

For these situations, the Octopus Script Console can be used.

Any machines registered with Octopus as workers or deployment targets can be targeted by the Script Console. You can target an individual machine, or perform a task across an entire group of machines.

Use the Script Console

The Script Console can be found under the Tasks area:

Inside the Script Console, you can choose whether to run your script on:

The options shown inside the Script Console may differ from the ones described here depending on the permissions assigned to your user account, or if you are using Octopus Cloud. 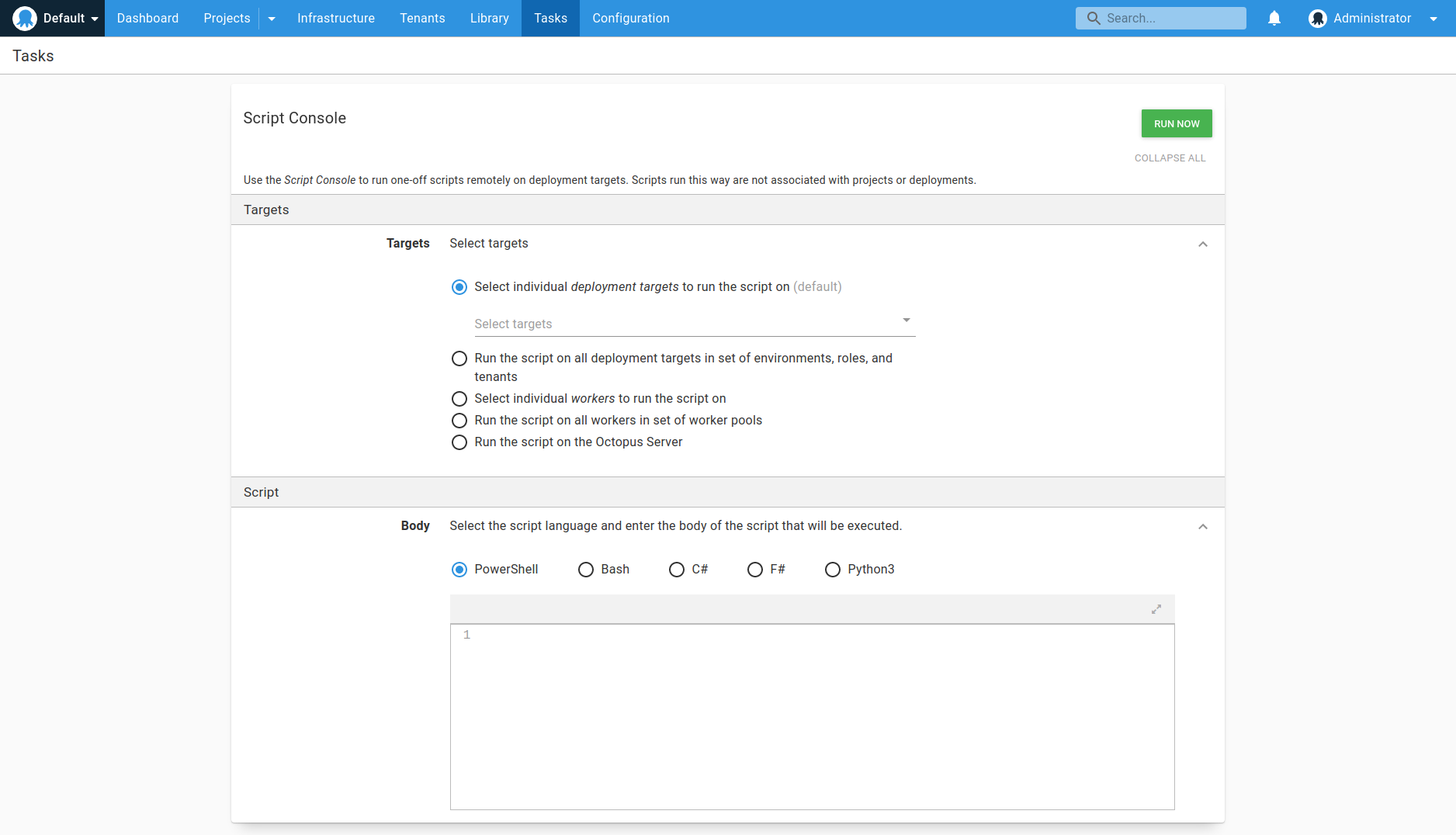 When you run the script, you'll be taken to the task output page which shows the progress and any output from the script:

The Script Body tab can be used to see the contents of the script, and you can use the Modify and re-run button in the ... overflow menu to change or run the script again.

You can target the Octopus Server using the Script Console providing you are on a self-hosted instance (and not Octopus Cloud) and the built-in worker is enabled.

However, please consider the security implications of allowing ad-hoc scripts to be executed on your Octopus Server.

If you want to run ad-hoc tasks on Octopus Cloud, you should make use of dynamic workers or install a Tentacle agent on your own Virtual Machines and register that Tentacle as a worker or deployment target.

To access the Script Console, you'll need to have either:

The permissions needed to execute a task will depend on the options chosen inside the Script Console.

For example, to execute a script from the Script Console against one or more deployment targets in an environment, you'd need the following permissions:

Similar permissions would also need to be granted if you were selecting specific Tenants.

To learn how to configure access to the Script Console for a subset of users, take a look at this knowledge base article.

Sometimes you might like to collect files from each of the machines as part of your script. To do this, see the section on artifacts. 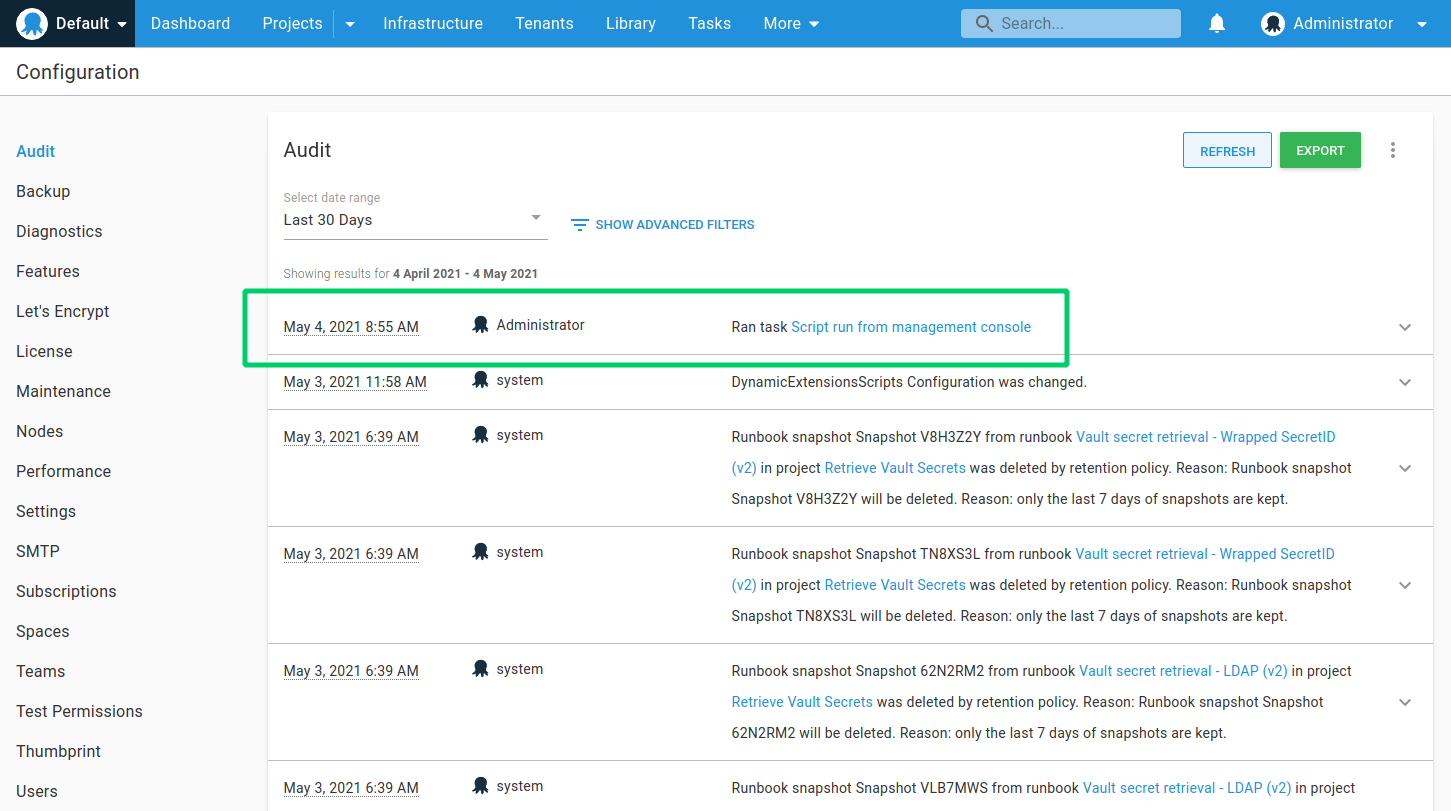