As you work with variables in Octopus, there may be times when the value of a variable isn't known and you need a user to enter the variable at deployment time. Octopus can handle this using Prompted variables. 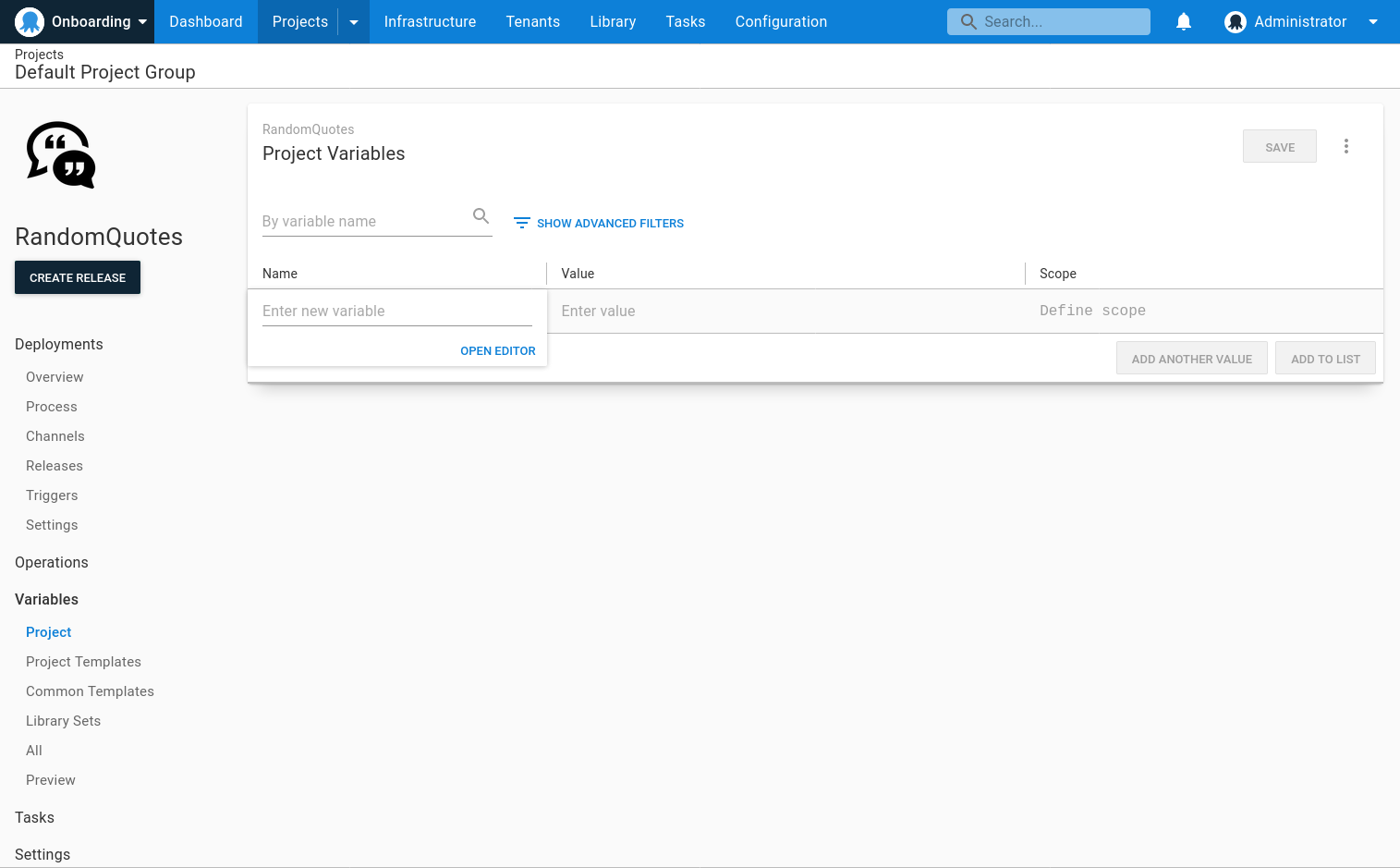 When defining a prompted variable, you can provide a friendly name and description, and specify if the value is required. A required variable must be supplied when the deployment is created and must not be empty or white space. 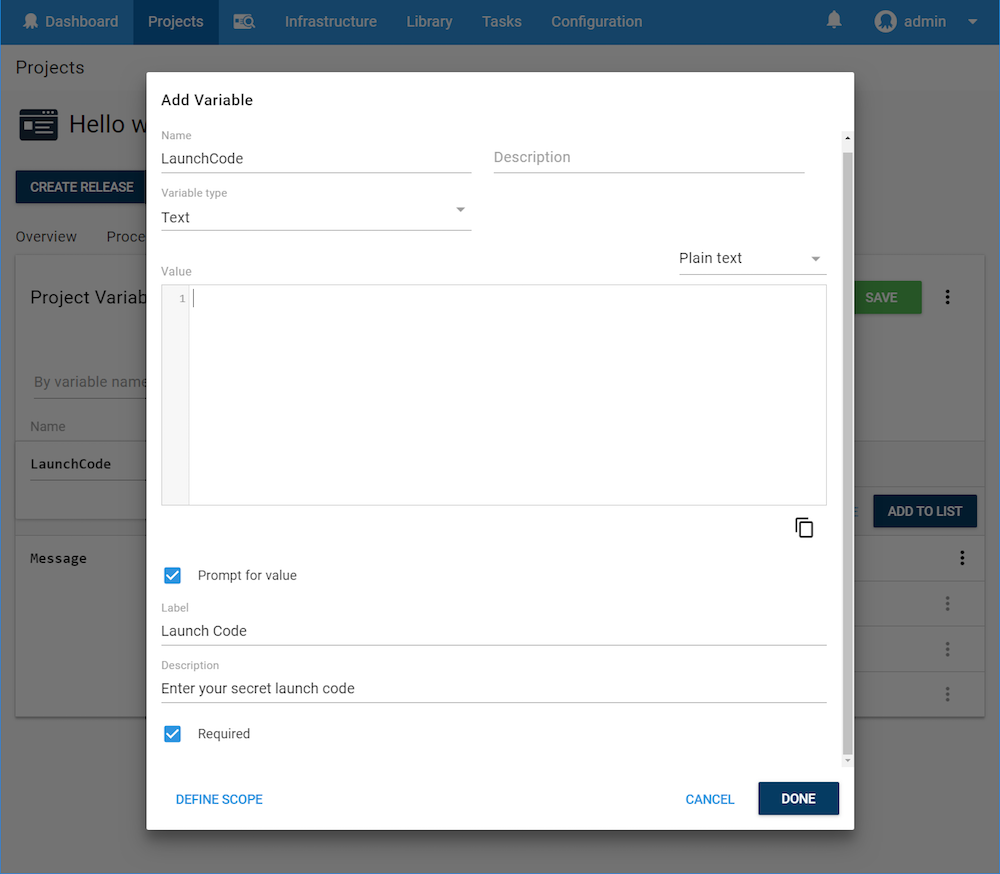 You can identify prompted variables by looking for the icon next to the value:

Providing a value for the variable

When deploying (not creating a release), you'll be prompted to provide a value for the variable: 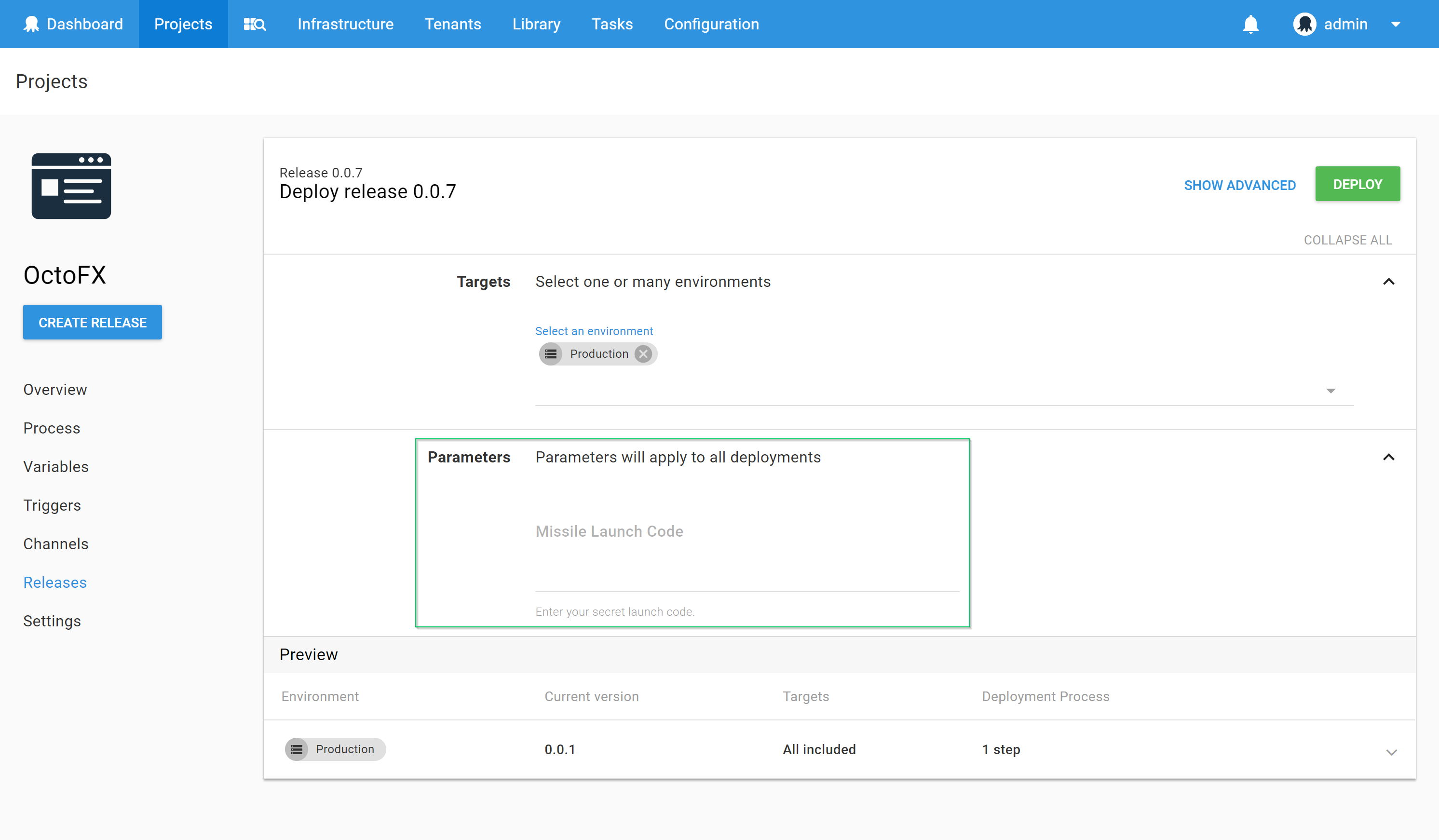 These variables will be ordered alphabetically by label (or name, if the variable label is not provided).

A value can also be passed to a prompted variable when using the Octopus CLI through the --variable parameter of the Deploy-Release command, or the Create-Release command when also deploying the release with the --deployto parameter.

Restricting a prompted variable for runbooks

By default, a prompted variable will prompt when deploying a release and when executing any runbooks in the project.

Prompted variables can be scoped to specific processes, causing them to only be shown when deploying releases, or only when executing runbooks.