The continuous integration/build server compiles your code into one or more artifacts and runs tests against them.

The continuous deployment server takes the compiled artifacts from a successful build and deploys them through the deployment pipeline which might consist of the following environments, Dev, Test, and Production.

A typical CI/CD pipeline with Octopus Deploy looks like this:

To learn more on how to package your software using your CI server of choice and deploy software to your specific deployment targets, please see our End-to-End CI/CD pipeline tutorial.

The following tools are available to integrate your continuous integration/build server with Octopus Deploy:

It is often useful to have information flow from your build server to be associated with packages, releases, and deployments in Octopus.

Check our downloads page for our latest build server plugins.

The TeamCity version of the Build Information step is shown below. 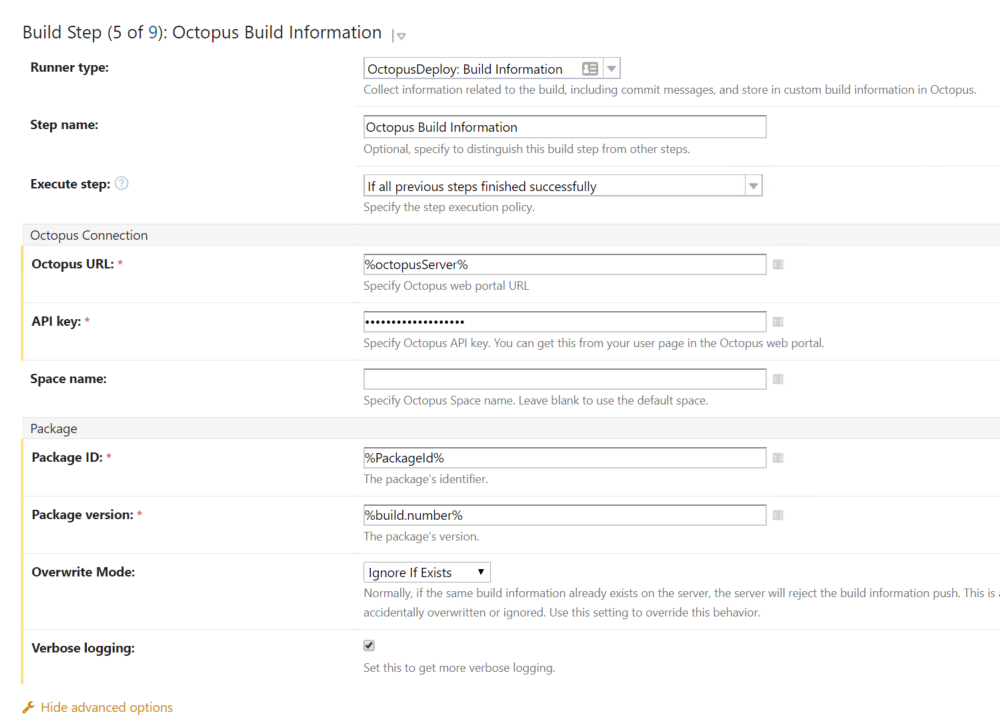 The Verbose logging option can be used to include more detail in the build logs. This includes a complete output of all of the build information being passed to Octopus, which can be useful when troubleshooting.

As of 2019.10.0, the build information for a package can be viewed by navigating to Library ➜ Build Information

The build information for a package can be viewed on any release which contains the package. 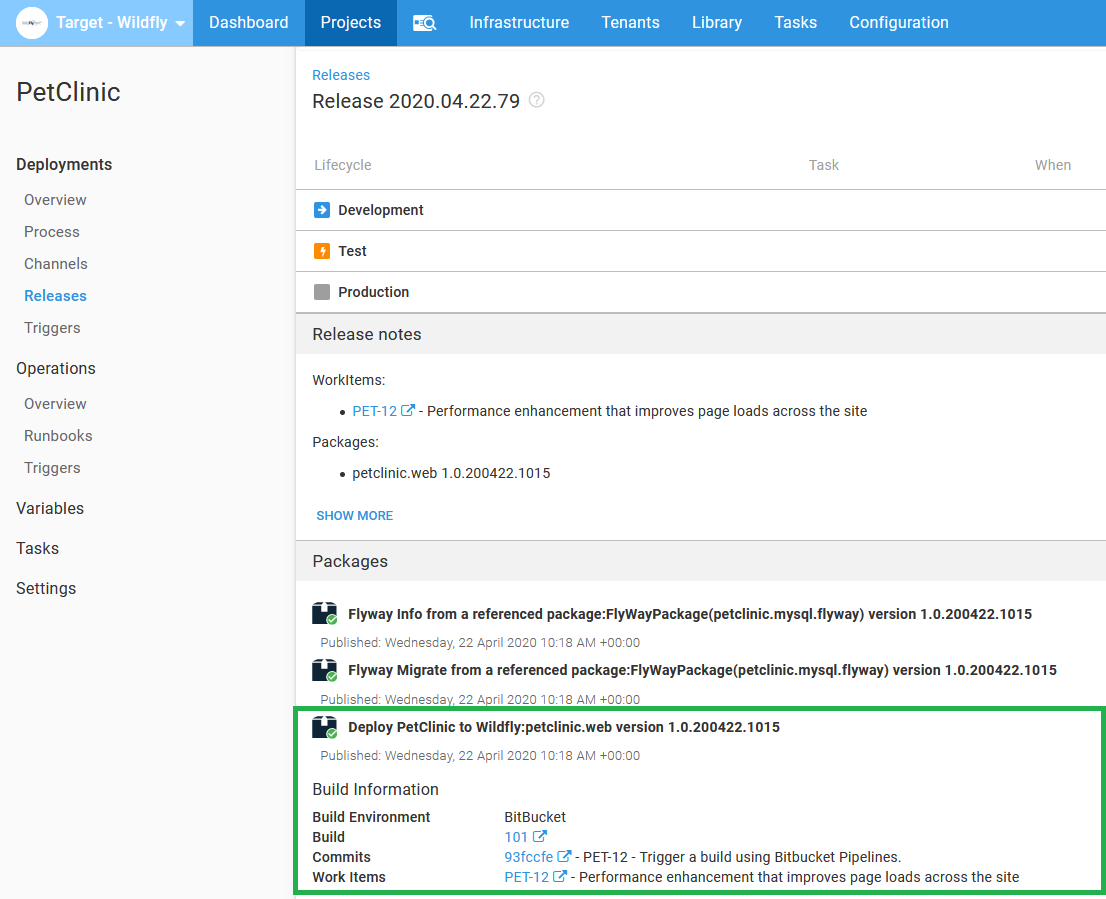 For packages pushed to the Octopus built-in repository, the build information can also be viewed in the package version details by navigating to Library ➜ Packages and selecting the package. 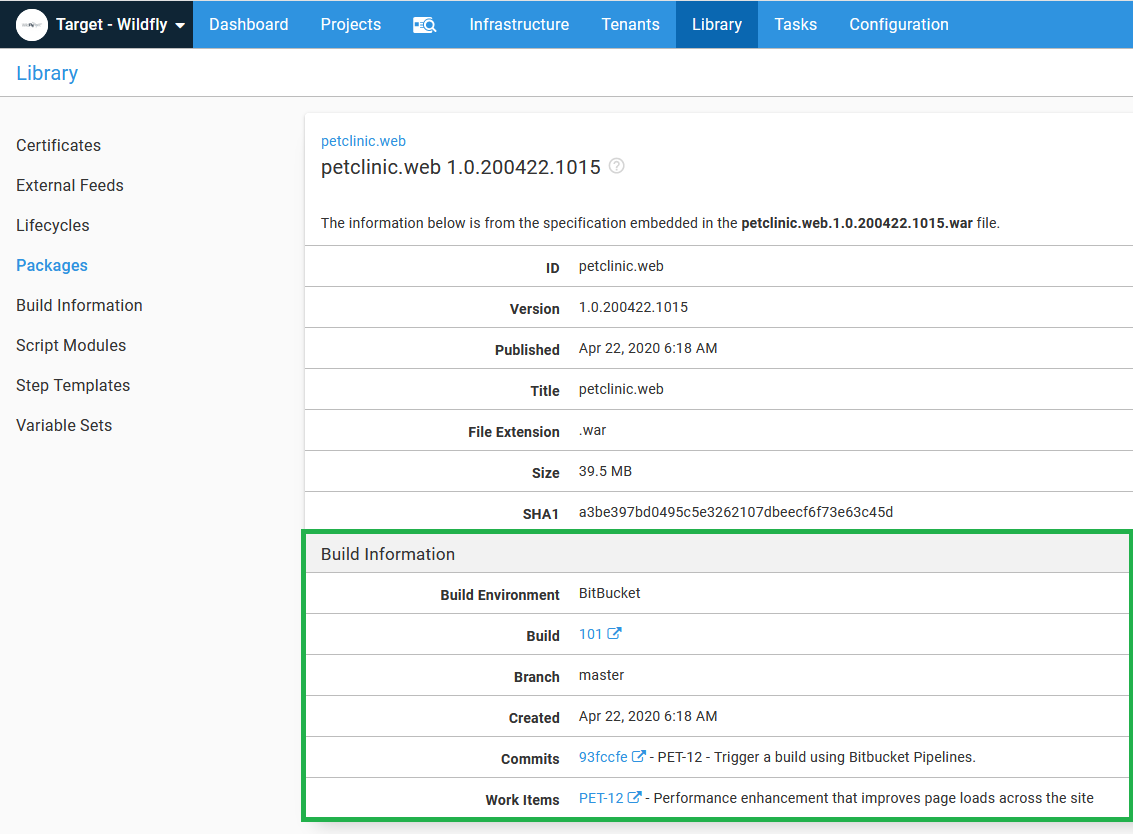 Commit messages and deep links may not be shown if an unsupported VcsType is passed to Octopus as part of the build information call. Currently we support values of Git and TFVC (TFS / Azure DevOps). SVN (Subversion) is not supported.

The build information associated with packages is available for use in release notes (and release notes templates) as Octopus variables.

See the system variable documentation for the available variables.

Package build information associated with a release will be also captured in deployments of the release.