When working with multiple related projects, it is often necessary to co-ordinate between them and take some action that depends on their combined status. For example, ensure a related project is deployed first or send an email when all projects are deployed. This section discusses some approaches to this problem and provides some examples showing how to query and control projects programatically.

Samples
For in depth code samples covering many of the processes discussed in this section, see the Project Coordination Code Samples page

Responding to events across multiple projects

There are various ways to respond to events within Octopus, which is useful for:

The simplest trigger is a periodic timer setup through a Windows schedules task, Azure Function, or as a windows service. Alternatively, it can also be a project within Octopus as a project that re-queues itself when run (see the samples).

Subscriptions can call a web service or send an email when Octopus events occur.

The event can also be a script step in a project. If the script is defined as a step template it can be shared among the related projects. However, it is difficult to ensure that two copies of the script do not run at the same time.

Orchestrating the deployment of multiple projects

Below are two different approaches to orchestrating multiple projects. Depending on the projects and requirements, one or a combination of these two approaches may be used.  This orchestration is useful for when:

This approach consists of creating a project that co-ordinates the deployment of other projects and any other related actions. For example it could define steps that:

This approach consists of each project taking on the role of checking that the other projects are in the right state so that it can deploy itself. It is usually implemented as one or more script steps. For example the project could:

The Deploy Release step is helpful when implementing the Parent Project or Cooperating Projects approaches described above. It makes it simple to deploy a release of a project from another project. 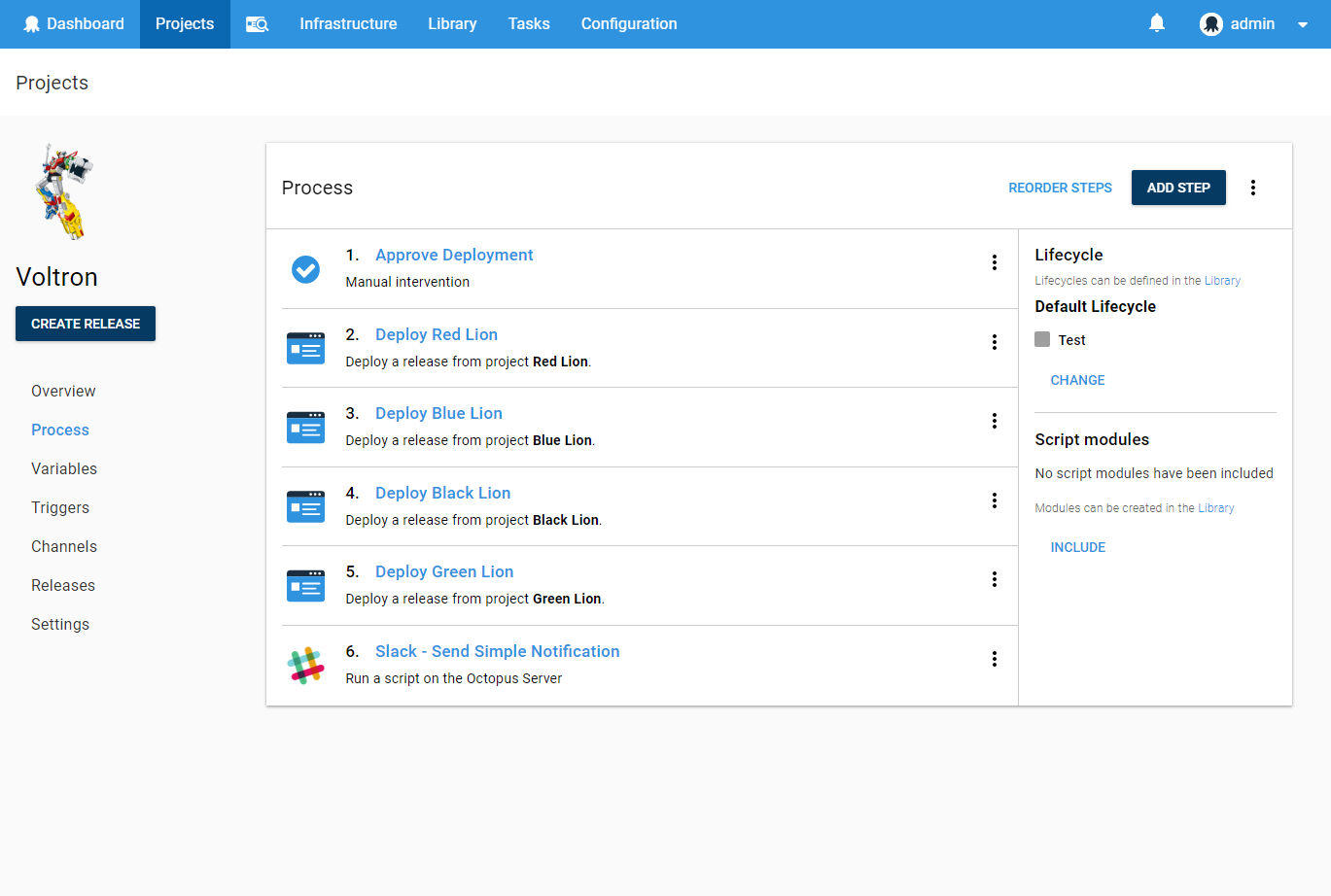