Introduced in Octopus 2018.2.1, the Deploy Release step lets you have a project trigger the deployment of a release of another project. This is useful when you are coordinating multiple projects. 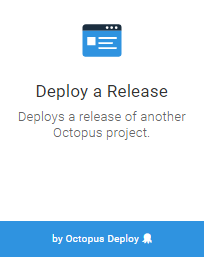 when you add a Deploy Release step to your deployment process, you can then select the project which will be deployed. 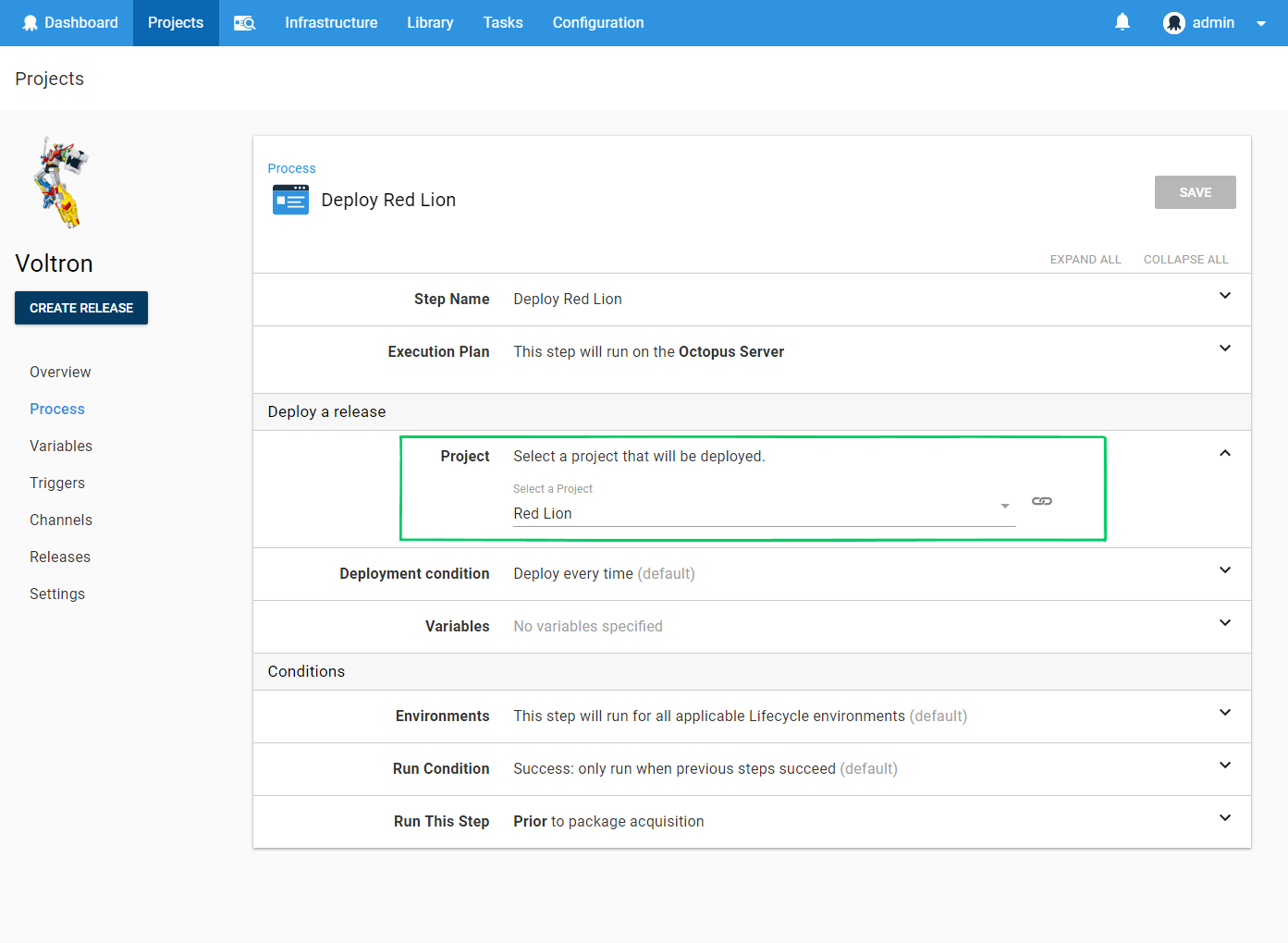 You can add many Deploy Release steps to your process, if you wish to deploy releases of many projects.

When creating a release of a project containing Deploy Release steps you can select the release version of each project, similar to the way versions of packages are selected.

A Deploy Release step can be configured to:

Variables can be passed to the deployment triggered by the Deploy Release step. These will be made available to steps within the child deployment's process, just like regular project variables. Variables passed in will override existing variables in the child project if the names collide. 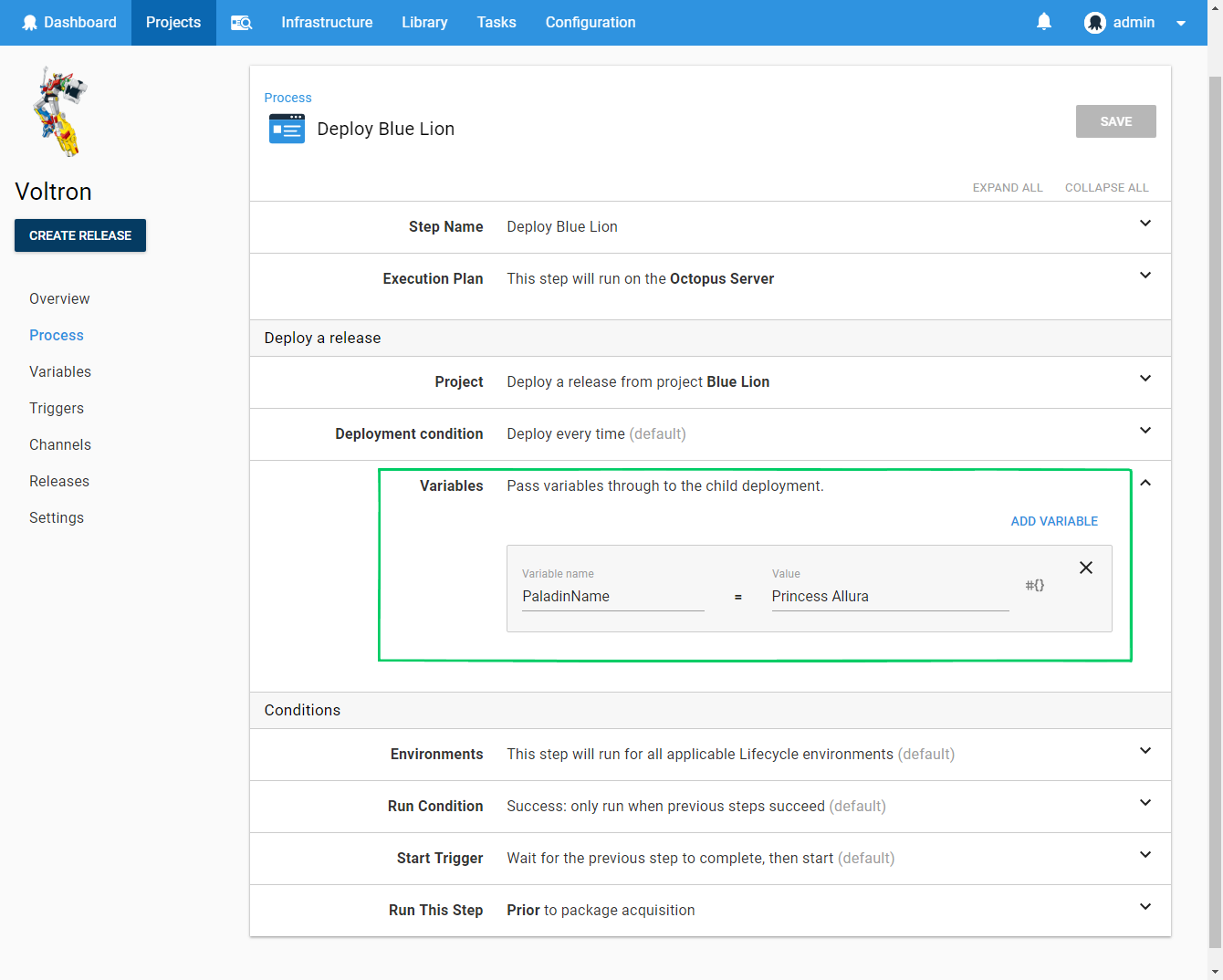 These output variables are captured as variables with the following name pattern:

and for machine-specific output variables:

This variable will be available in subsequent steps of the Project Voltron process via the variable Octopus.Action[Deploy Red Lion].Output.Deployment[Echo Paladin].Paladin.

The Lifecycles of project's being deployed by a Deploy Release step must be compatible with the coordinating project.

When a tenanted project is being deployed by Deploy Release step, then the parent project should also be created as tenanted.

When triggering a tenanted deployment of the parent project, the tenant will be used to trigger the child deployment.

Deploying a combination of tenanted and untenanted projects

From Octopus 2019.7.6 Deploy Release steps may be added as child steps, to be used in a rolling deployment.

When configuring a Deploy Release step as a child step in a rolling deployment, the deployment condition should be set to Deploy Always.
Otherwise, as the step rolls across multiple machines, it will see the current release as having already been deployed to the environment, and execution will be skipped.