When you create a release, you can add notes: 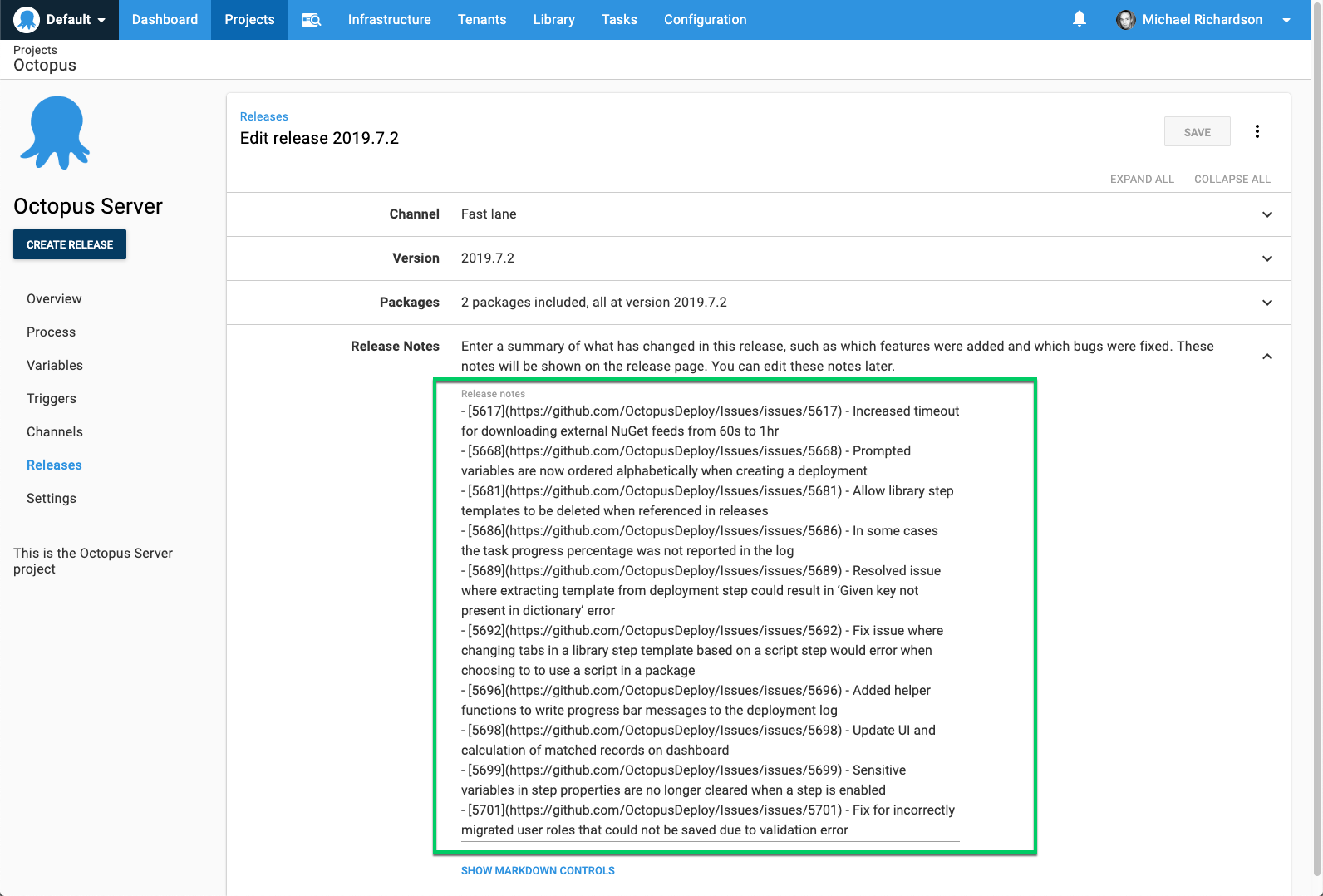 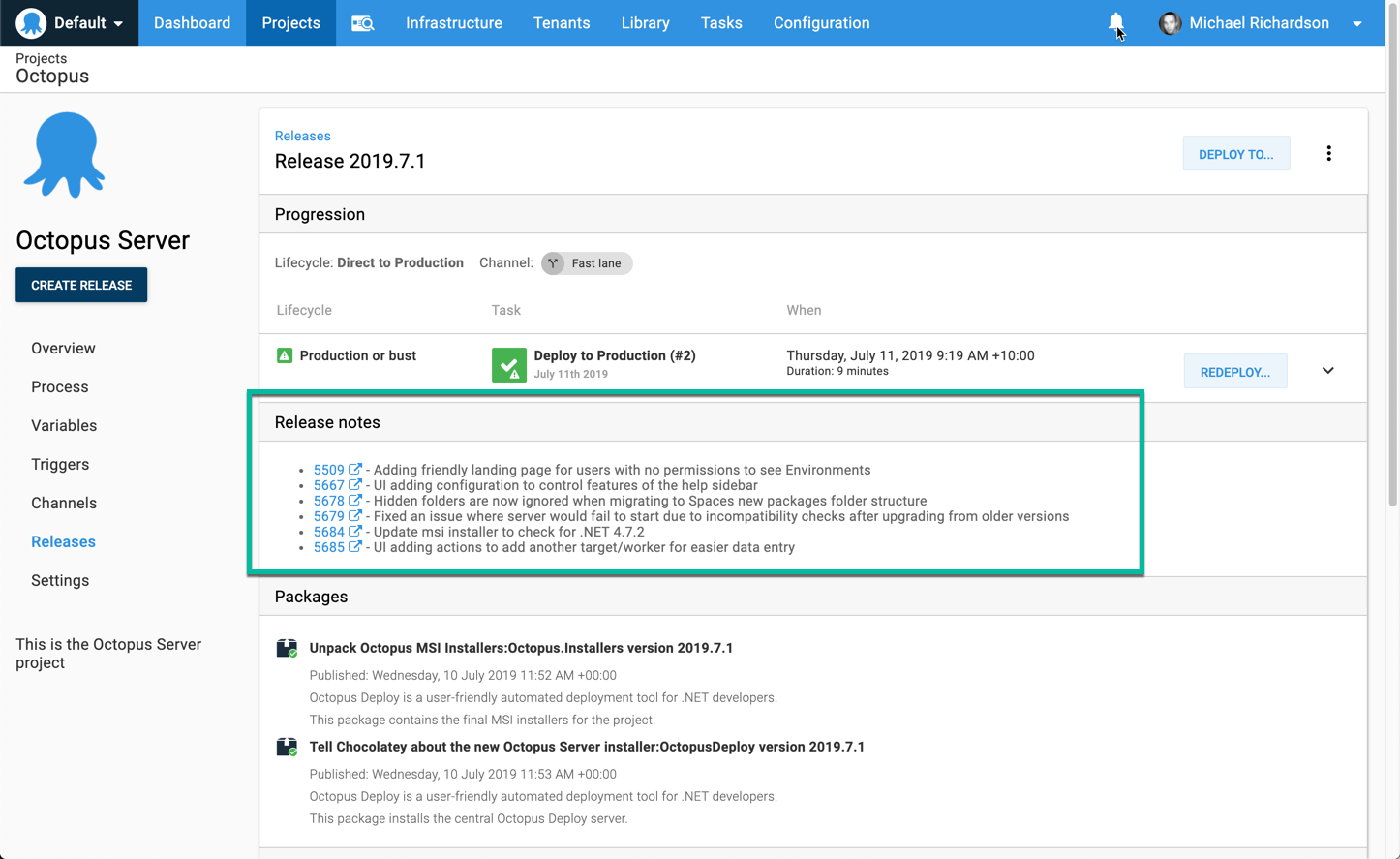 Release notes may contain variable expressions. These will be evaluated and substituted when the release is created.

Only variables in scope when the release is created will be available for use in release notes. Variables scoped to environments, tenants, target roles, or targets will not be available as these scopes apply only during deployments.

Build information associated with packages in the release may also be used in release notes. 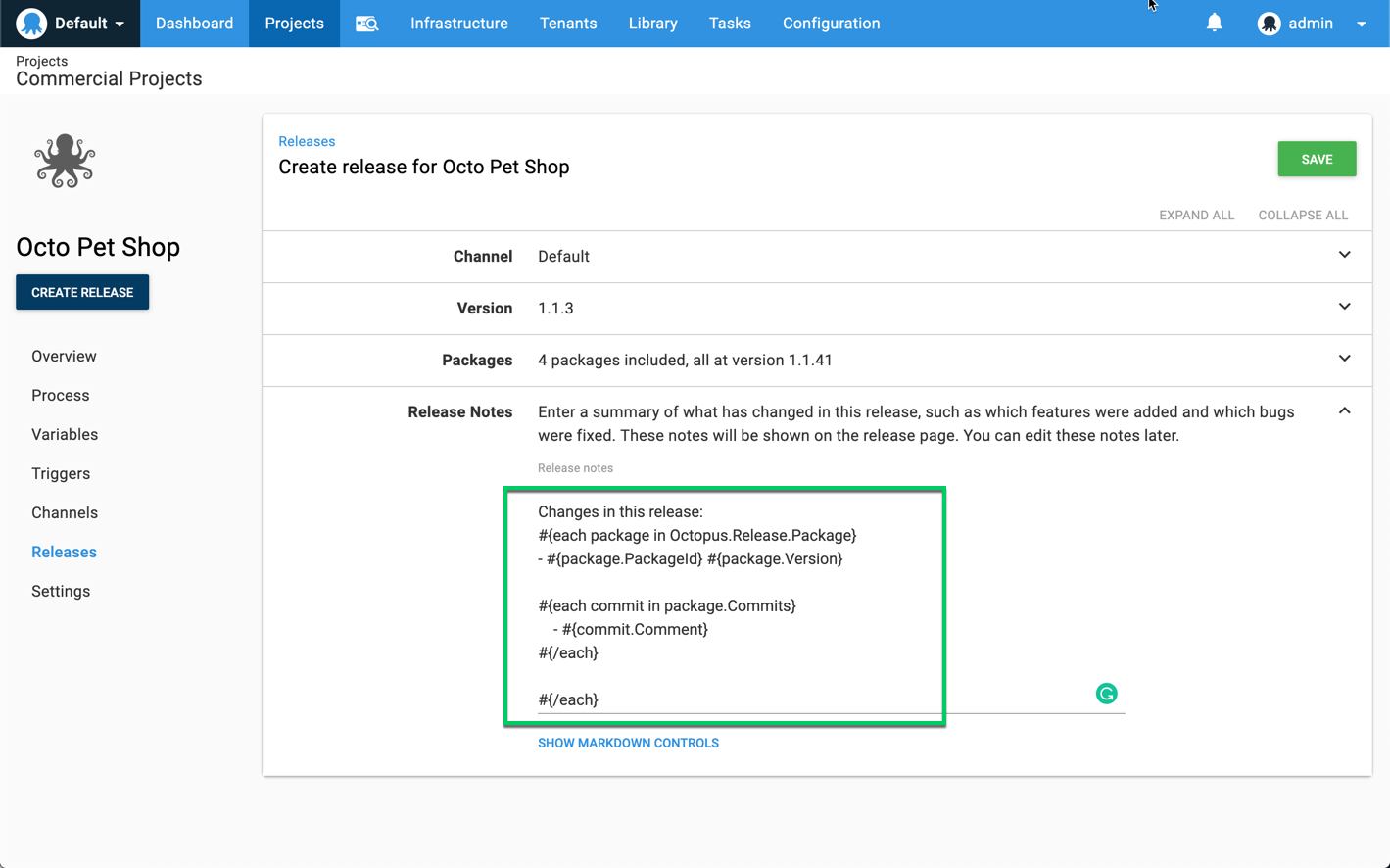 Accessing release notes during a deployment

The release notes may be accessed during a deployment using the Octopus.Release.Notes variable.

Release notes are also rolled up into the deployment notes.

Release notes templates will generally be most useful when combined with package build information, pushed from the build server.

The following are examples of using release notes templates with package build information and issues.

The following example illustrates some sample text followed by the packages, with the packages rendered as a bullet point list:

Sometimes you might have different packages contributing to an application, e.g. app server and database might be separate packages. In these cases both packages might contain fixes for the same work item, which would look confusing in the release notes. To support this case there is a distinct list of work items, across all packages, included at the top level of the data. An example of using it is as follows:

For some use cases there are actually no work items, the nature of the changes is such that the commit messages themselves should form the release notes. The raw commit data is available per package for the release notes templates:

Inherent in building software is the idea that over time the product is the accumulation of the features, issues, and bugs that have been built, released, and deployed. When software is deployed to a particular environment it is an aggregate of functionality that has been added since the last deployment. Under the covers, Octopus tracks this by channels. When it is time to deploy 1.0.3 to Production the logic will do the following:

The code goes strictly off of version numbers, not when the release was deployed. If you were to deploy 1.0.1 to Production, then rollback to 1.0.0 it will include 1.0.1 in the next deployment to Production