Making your build server work with your deployment server is a key aspect of any successful Continuous Integration (CI) story. For this reason, at Octopus we put a lot of effort in supporting integrations with pretty much any build server technology in the market.

A key player in this story is our command line tool Octopus CLI. This tool exposes some of the most important functionalities of Octopus through easy commands that can be included in pretty much any process. It was built using .NET core so it can be used in Windows, Linux and Mac environments.

If you are reading this doc, odds are you already tried to run an Octopus-related step in your build process and something didn't work the way you expected it. The goal of this document is to explain how all our integration steps work on the background so anyone can troubleshoot them on their own.

The Octopus Deploy team supports many of the most popular integration plugins/extensions our there, like the ones for Azure DevOps/TFS, Teamcity and Bamboo. All the steps provided by these extensions/plugins are nothing but wrappers of the Octopus CLI that provide a UI with fields whose values will be passed to this command line tool during the build. 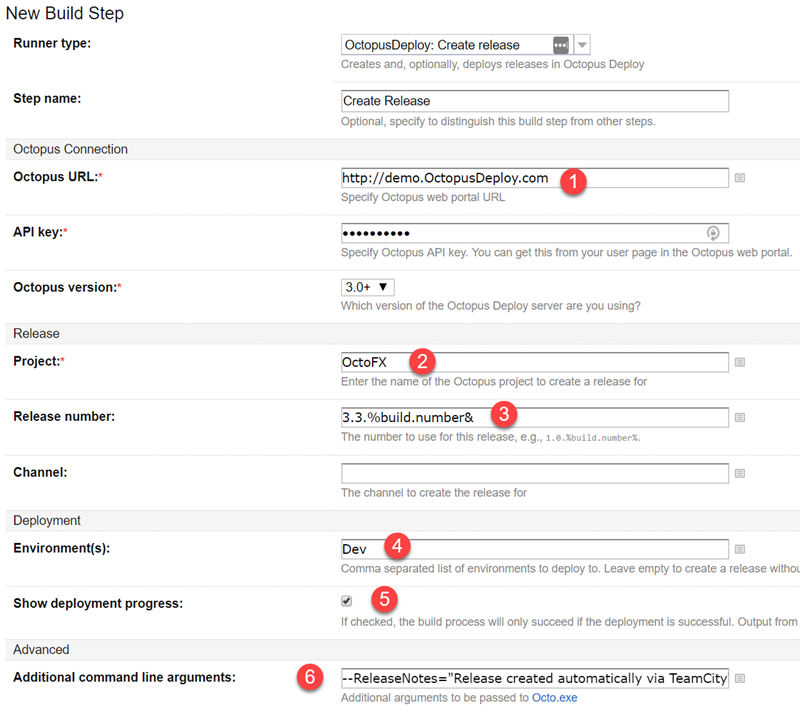 Each of the values marked on the fields above can be seen in the octo call made by the build server later on:

This is a screenshot of a TeamCity log fragment edited for visual purposes.

The same holds true for this Package Application step in Azure DevOps and its log output: 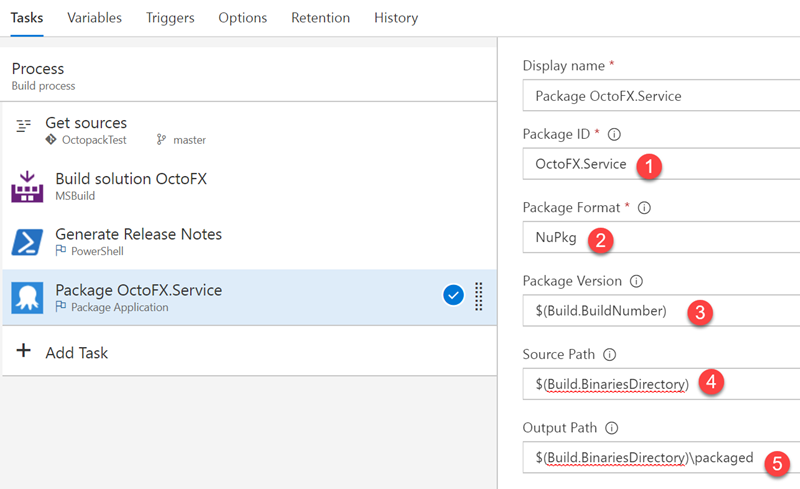 The bottom line is that every step will in the end call an Octopus CLI command. For the full list of commands check our documentation.

As shown in the above screenshots, the exact octo command that was executed (and failed) will be printed in the logs. So the best way to troubleshoot that error would be to copy the full command, and try to run it yourself by downloading the Octopus CLI to your local machine. A few tips and gotchas for this:

The Octopus support team will always be there to give you a hand. But do know that the first thing we'll ask you is if you read this guide and followed all the steps on it! If you did and you still couldn't find the error, then log a ticket in our forum and include:

Keep sensitive info safe!
Make sure to set the ticket as private before attaching any kind of log, as it might contain sensitive info. If you don't know how to set it to private, log the ticket without that log and ask us to do it. Once it's done we'll ask you to attach the log.

If you are using a custom step/plugin/extension to hook up your Build server with Octopus, then all we can recommend you is to know your octo game very well.

If you are using a build server technology that's not in our supported list, then we encourage you to go to our UserVoice page and log a feature request asking us to support it. If enough users vote for it, It'll show up in our radar and we might be able to do something about it.