We recommend including DBAs in the automated database deployment process. If something goes wrong in Production at 1 AM, they are the ones who are paged. The manual approvals documentation walks through how to include DBAs in the deployment process in Octopus Deploy. The concern with manual approvals is scalability. It is common for us to see a 15-to-1 or 20-to-1 ratio of developers to DBAs. The number of approvals a DBA is involved in will exponentially grow as the number of teams and projects automate their database deployments increases.

Schema change commands are the biggest concern. Thankfully, the SQL language defines those commands. Most database deployment tools, Flyway, DBUp, RoundhousE, Redgate, or DacPac, generate what-if or dry-run reports. It is possible to write a script that looks for specific commands, and when one is found, run a manual intervention. The format of the what-if report depends on the tool. 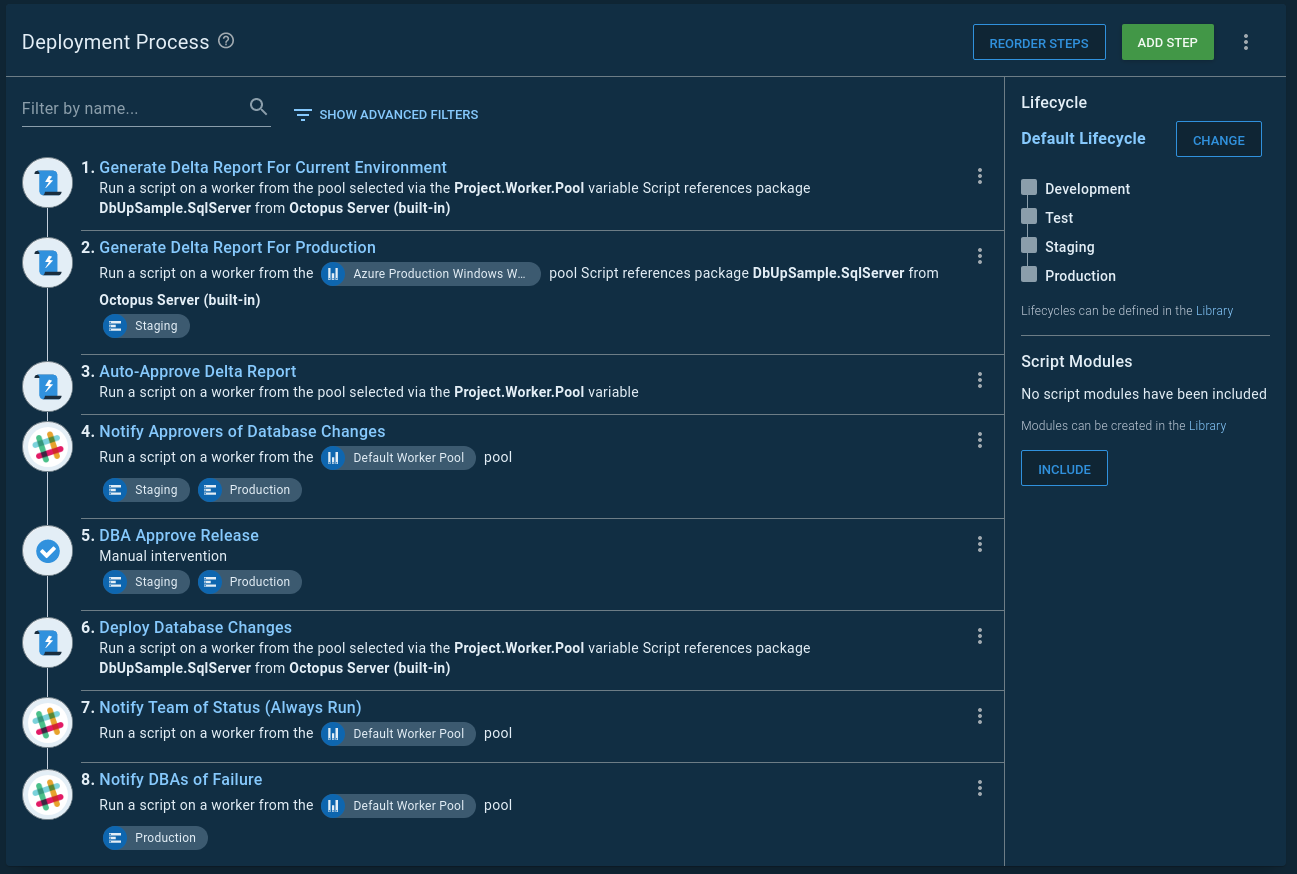 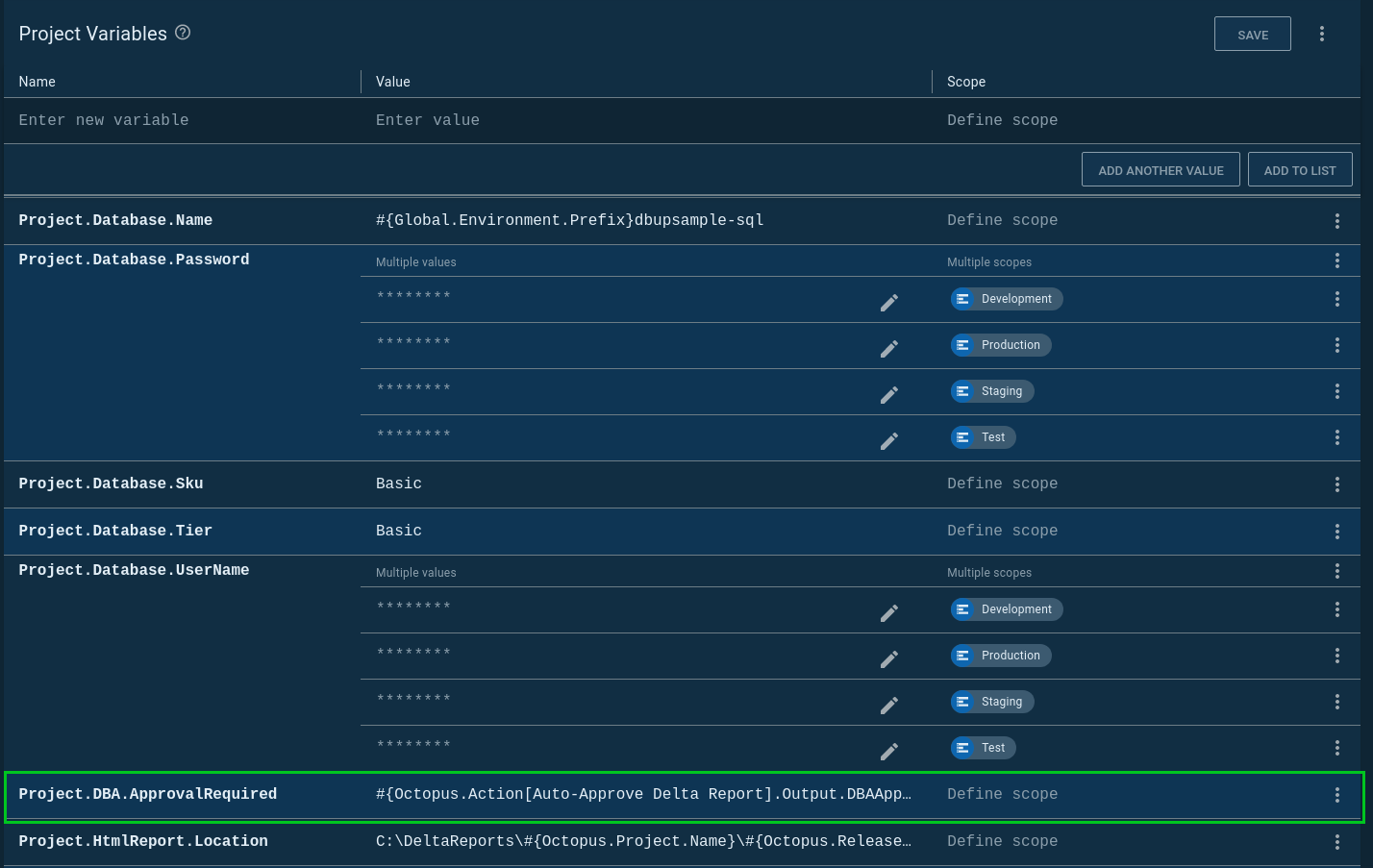 Creating a variable also makes it much easier to use in a run condition: 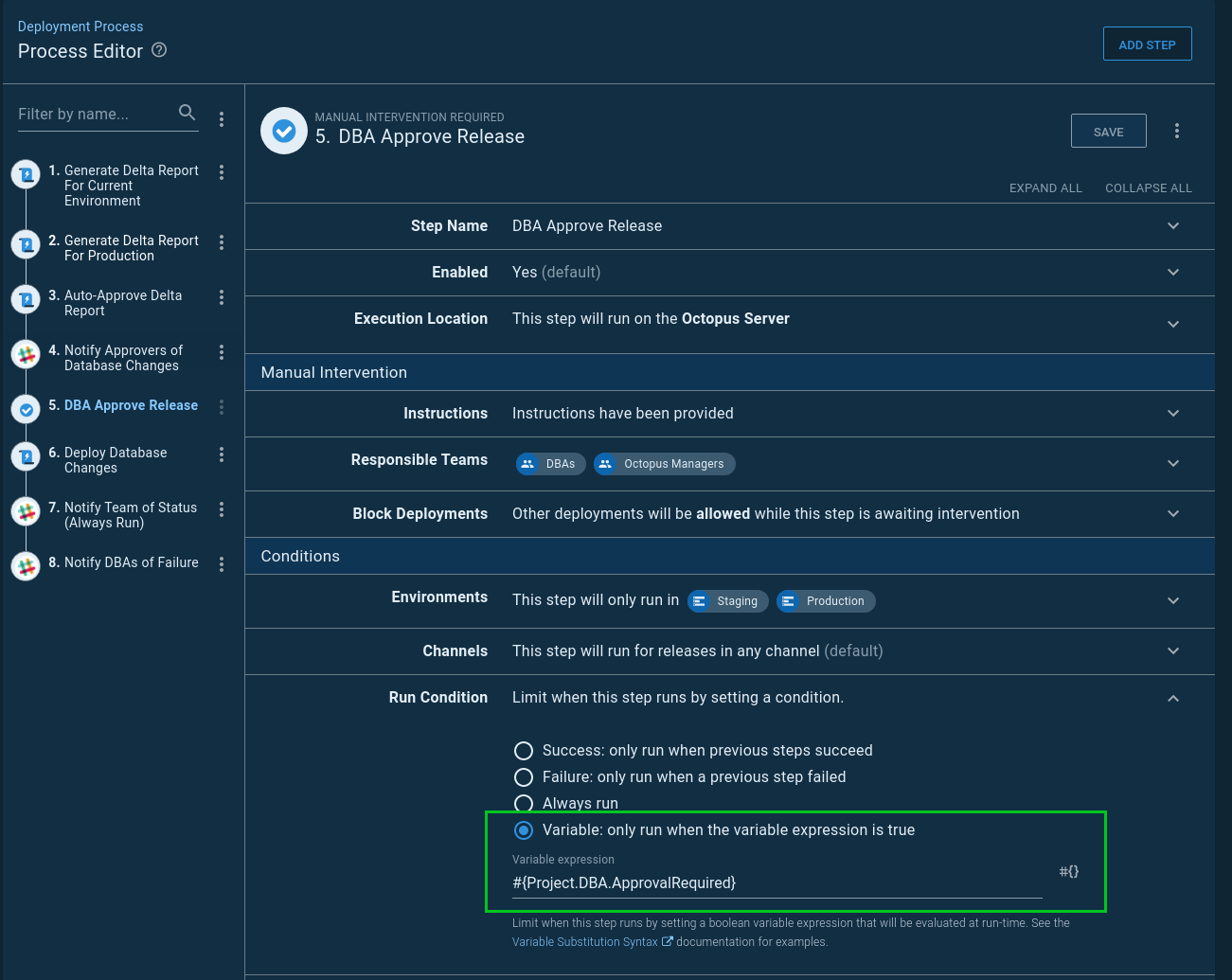 We recommend setting the output variable to True or False because that is what the run conditions look for. If you need an if/then statement, then in include it in the auto-approval script.

We recommend the auto-approval step write logs using Write-Host for PowerShell or echo for Bash scripts. That output is captured by Octopus Deploy and can be viewed in the Task Log tab on the deployment screen. When we've debugging scripts, the more logging, the better.

For important logs, such as when a command is found, leverage the write highlight command. That is a custom command Octopus Deploy injects into the deployment process. Using that command will show the message on the task summary screen. 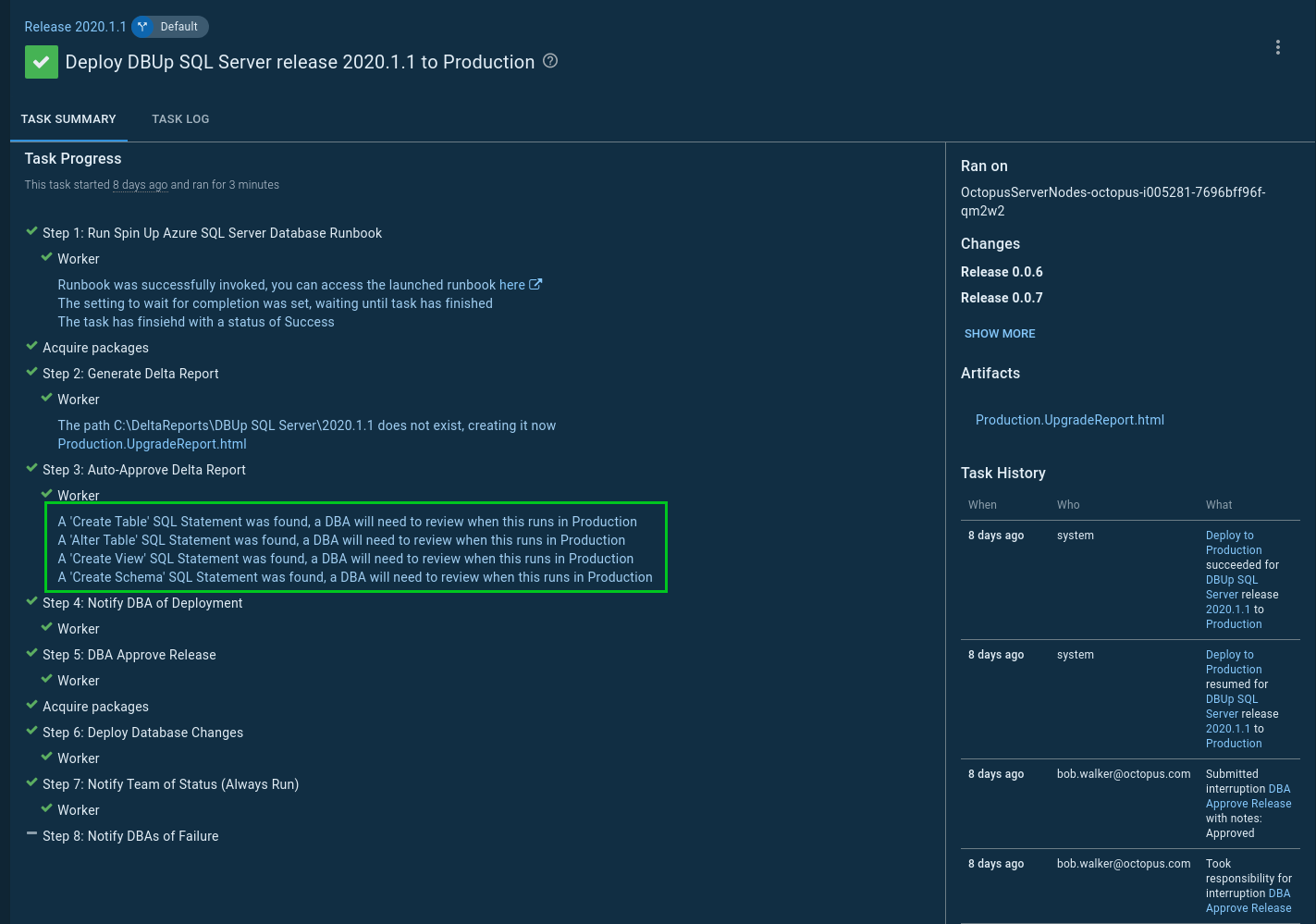