NGINX is a popular web server for Linux deployments. This guide will cover how to roll back a Node.js application accessed through NGINX. In this example, NGINX is a reverse proxy to a Node.js service running as a systemd service. The application has two components:

While this guide is for Node.js, the same process can be used for any framework, language or platform NGINX supports.

The existing deployment process is: 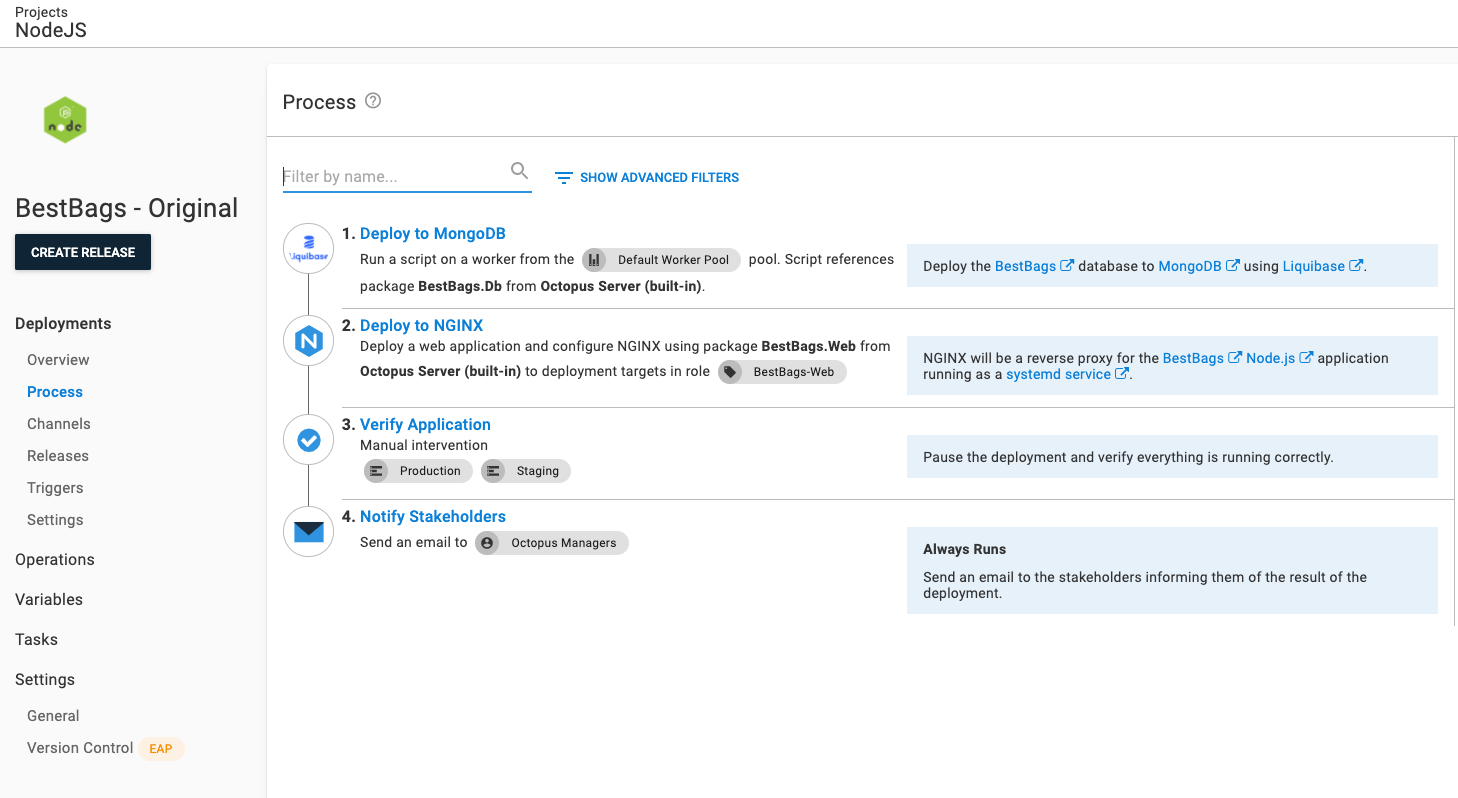 For most rollbacks, the typical strategy is to skip the database step while re-deploying the Node.js application website. In addition, a rollback indicates something is wrong with a release, so we'd want to prevent that release from progressing.

The updated deployment process will be: 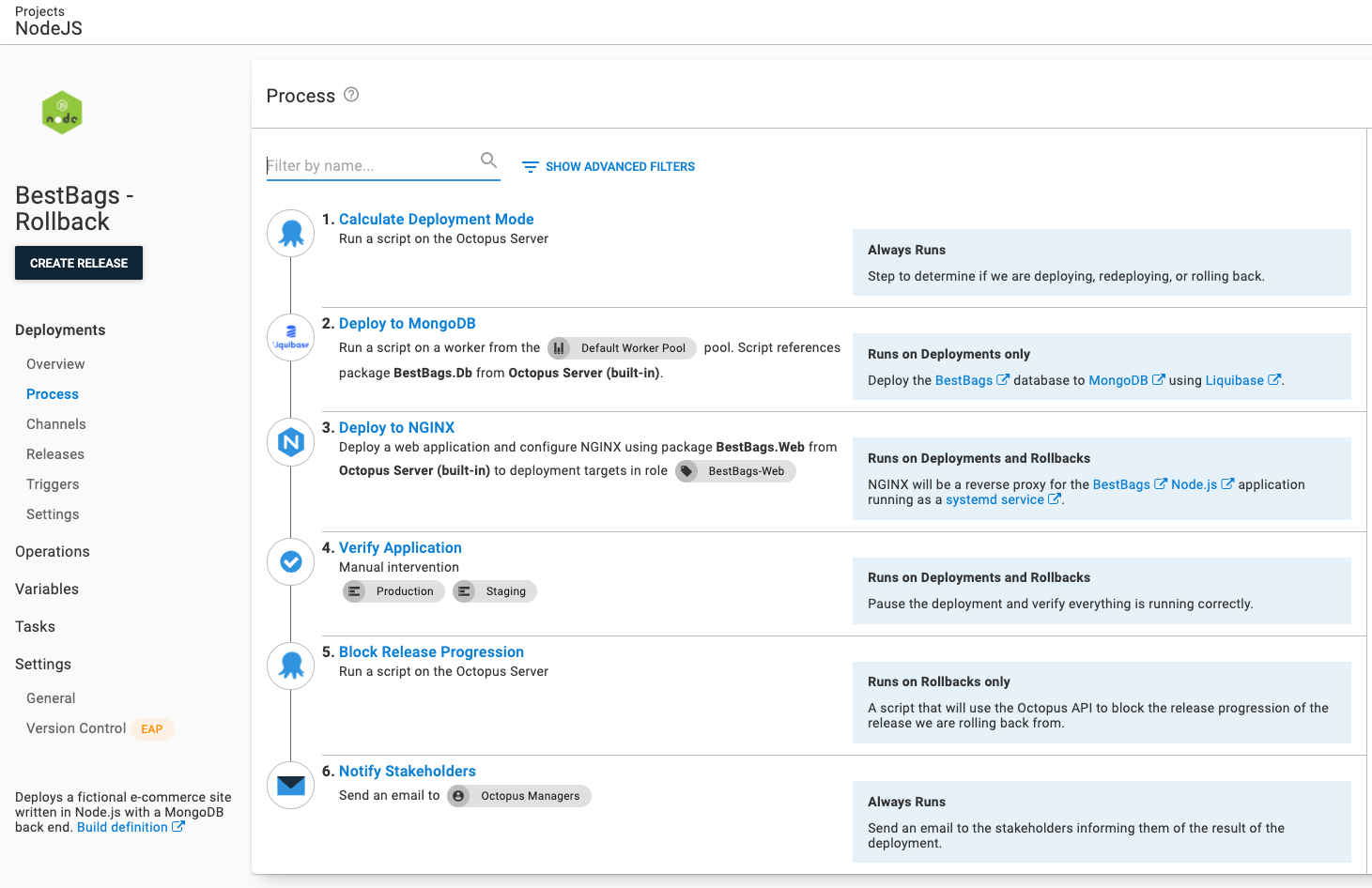 The database deployment step should be skipped during a rollback. Unlike code, databases cannot easily be rolled back without risking data loss. For most rollbacks, you won't have database changes. However, a rollback could accidentally be triggered with a database change. For example, rolling back a change in Test to unblock the QA team. Skipping these steps during the rollback reduces the chance of accidental data loss.

To skip these steps during a rollback, set the variable run condition to be:

We also recommend adding or updating the notes field to indicate it will only run on deployments.