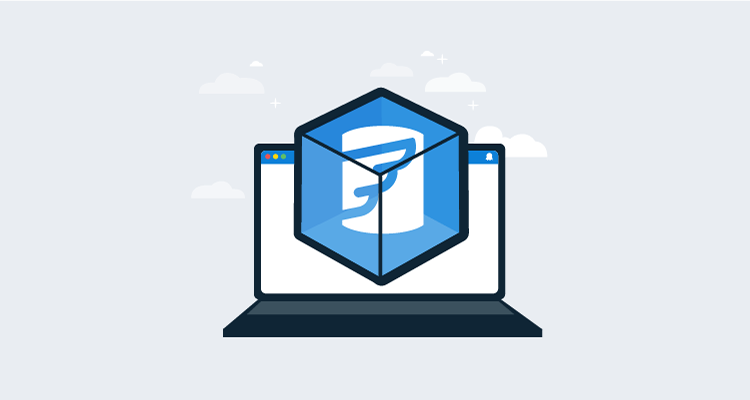 I recently used Flyway and Octopus Deploy to deploy database changes. I was impressed with Flyway, except that I had to either bundle the tool and the Java Runtime Engine (JRE) or pre-install them on a worker.

In the 2020.2 release of Octopus Deploy, we introduced the Execution Containers feature. Execution containers use Docker Images to manage dependencies.

This post walks through how to configure a database deployment in Octopus Deploy using execution containers and Flyway.

I prefer not having to include all the binaries to run Flyway in my package, as it leads to package bloat. In my examples, the difference was 10 KB versus 90 MB.

As a developer, I'm also responsible for upgrading the binaries and including them in my Git repo. I also avoid pre-installing tools on the worker as this means everyone is on the same version, and an upgrade could break for everyone.

The task log shows a command similar to this:

Any packages you have are automatically extracted into the /home/Octopus/Work/[DATETIME] folder. This happens behind the scenes. To change from running directly on the worker to running on an execution container, you simply click a radio button and provide the package name. Everything else is the same.

Octopus Deploy provides official Docker images you can use. Unfortunately, these images cannot be used in this example for two reasons:

To overcome this, I created a Docker image you can use for this example. I also created a GitHub Action that will run once a day and build a new image when a new version is detected.

The base image for this Docker image includes the most popular scripting languages we support: PowerShell and Python. The Ubuntu-based image also supports Bash.

There are two scaffolding steps to complete:

The primary differences with this new step template are:

I followed a similar pattern of including more parameters in other recent step templates, such as:

I did this to ensure any parameter starting with a - is a command-line switch in the Flyway command-line tool.

Our docs instruct you to build your packages. If you only have SQL files, however, there isn't anything to build. You just need to package the folder on your build server and push it to Octopus.

You need to run the Octo Pack command on the db/src folder on the build server. The package will contain those folders and contents.

After the package is built, you need to publish it to Octopus Deploy. For a proof of concept, you don't need a build server. You can use a tool like 7-Zip to zip the folder to be Flyway.Test.1.0.0.zip and manually upload the package. That's what I did for this post.

However, after the proof of concept, if it makes sense to integrate a build server, we have docs and blog posts to help you out.

We can configure the project now that we've uploaded the step template, Docker feed, and package.

First, create a project. In this example, I'll be using the name Flyway - Azure SQL Execution Containers. See the Flyway example on our samples instance to see how to use execution containers.

After the project is created, navigate to Variables and add the necessary variables.

In our docs, we recommend starting with the following process for database deployments: 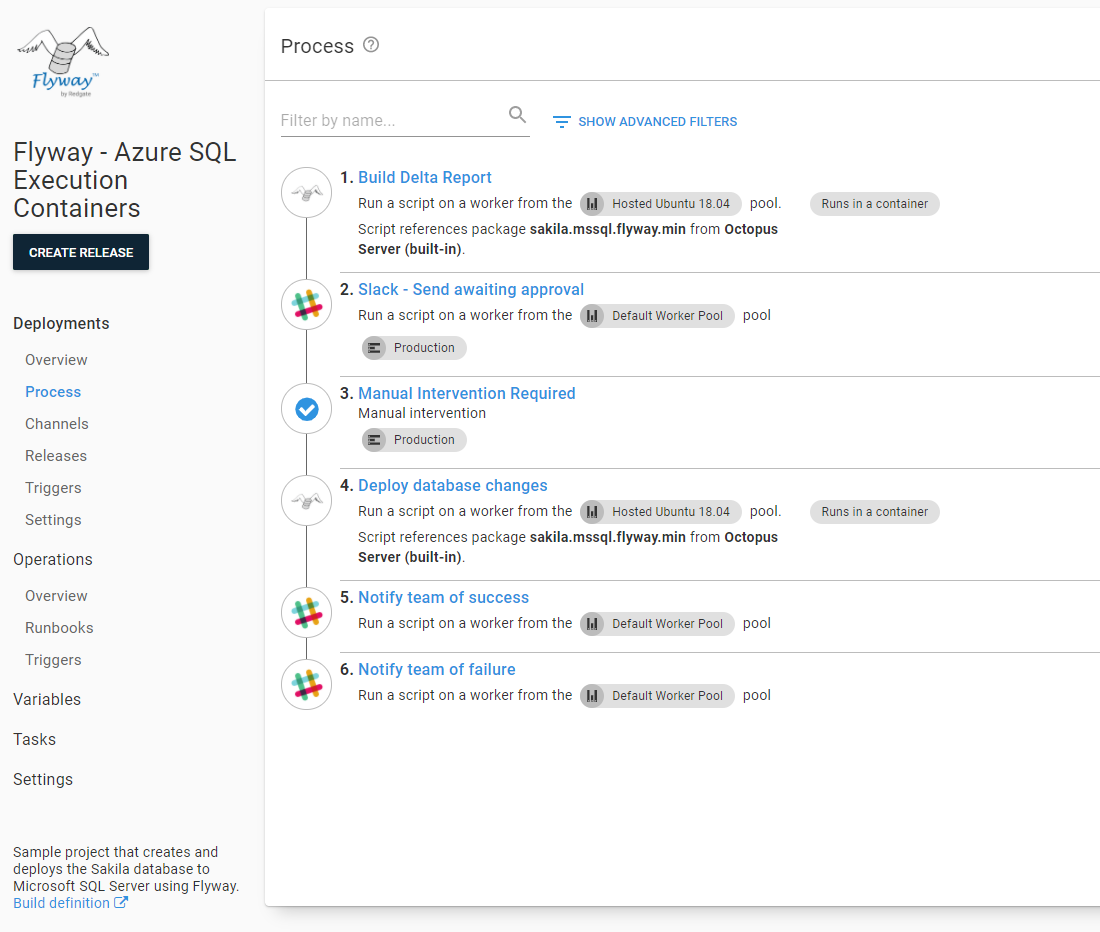 The notification steps can be email, Slack, Microsoft Teams, or any tool of your choice. The manual interventions are self-explanatory and we cover that information in our docs.

Generating the delta report and deploying the database changes is accomplished using the Flyway Database Migrations step template. When you add that into your process, make the following changes:

The worker must have Docker installed to work. Octopus Cloud provides hosted workers that are already running Docker. If you want to self-host your workers, Linux workers have to run Linux containers, and Windows workers can only run Windows containers. 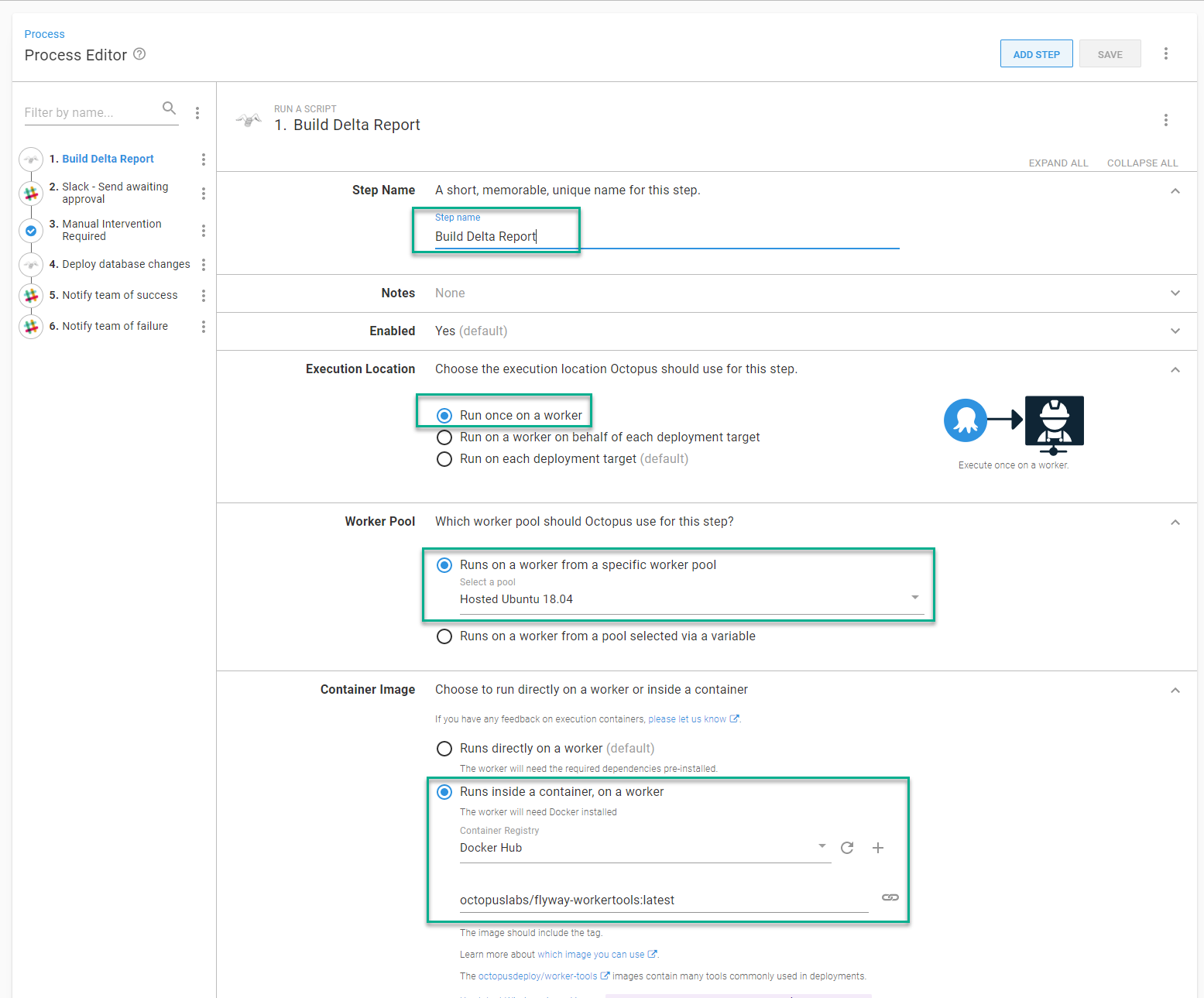 Where the step template will run is now configured. Next we configure the parameters:

If you're running this on the octopuslabs/flyway-workertools execution container, you don't need to enter anything. The step template will automatically find the executable to run. 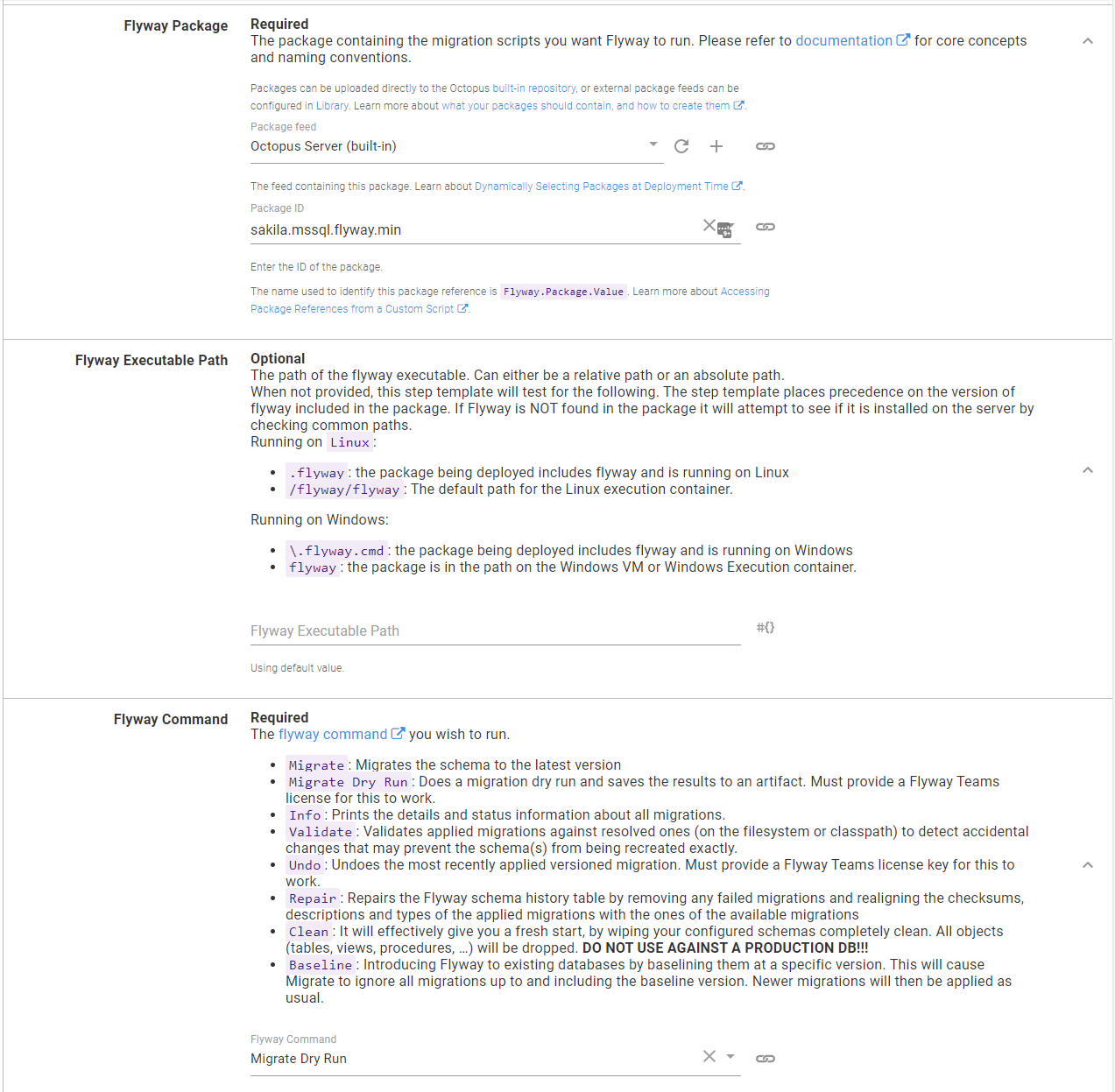 The most common commands used in Octopus are: 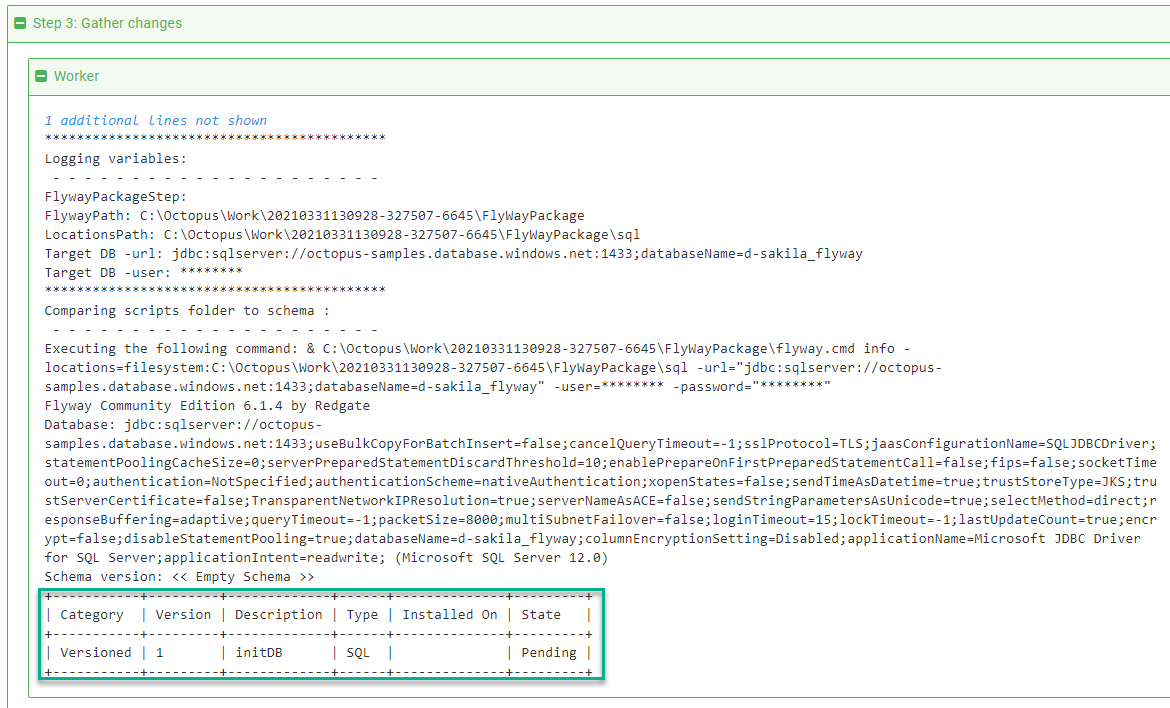 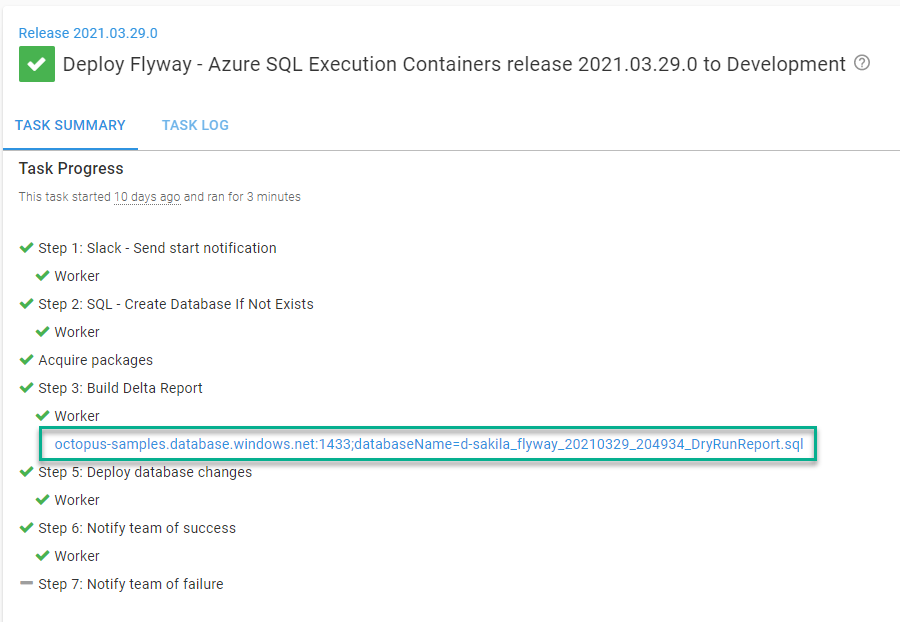 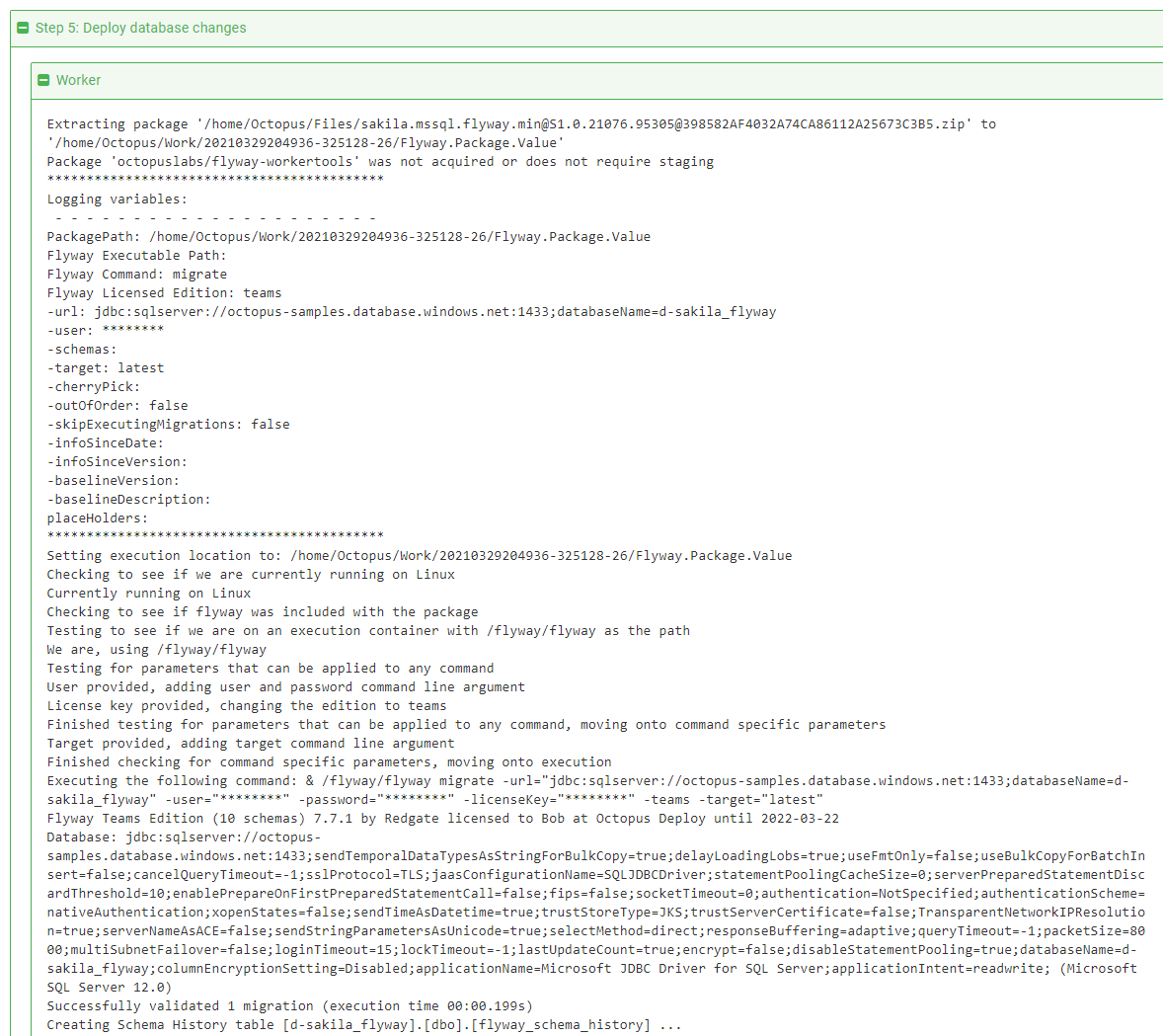 Next are the licensing parameters, followed by the connection parameters, and finally, the various command-line switches Flyway supports. 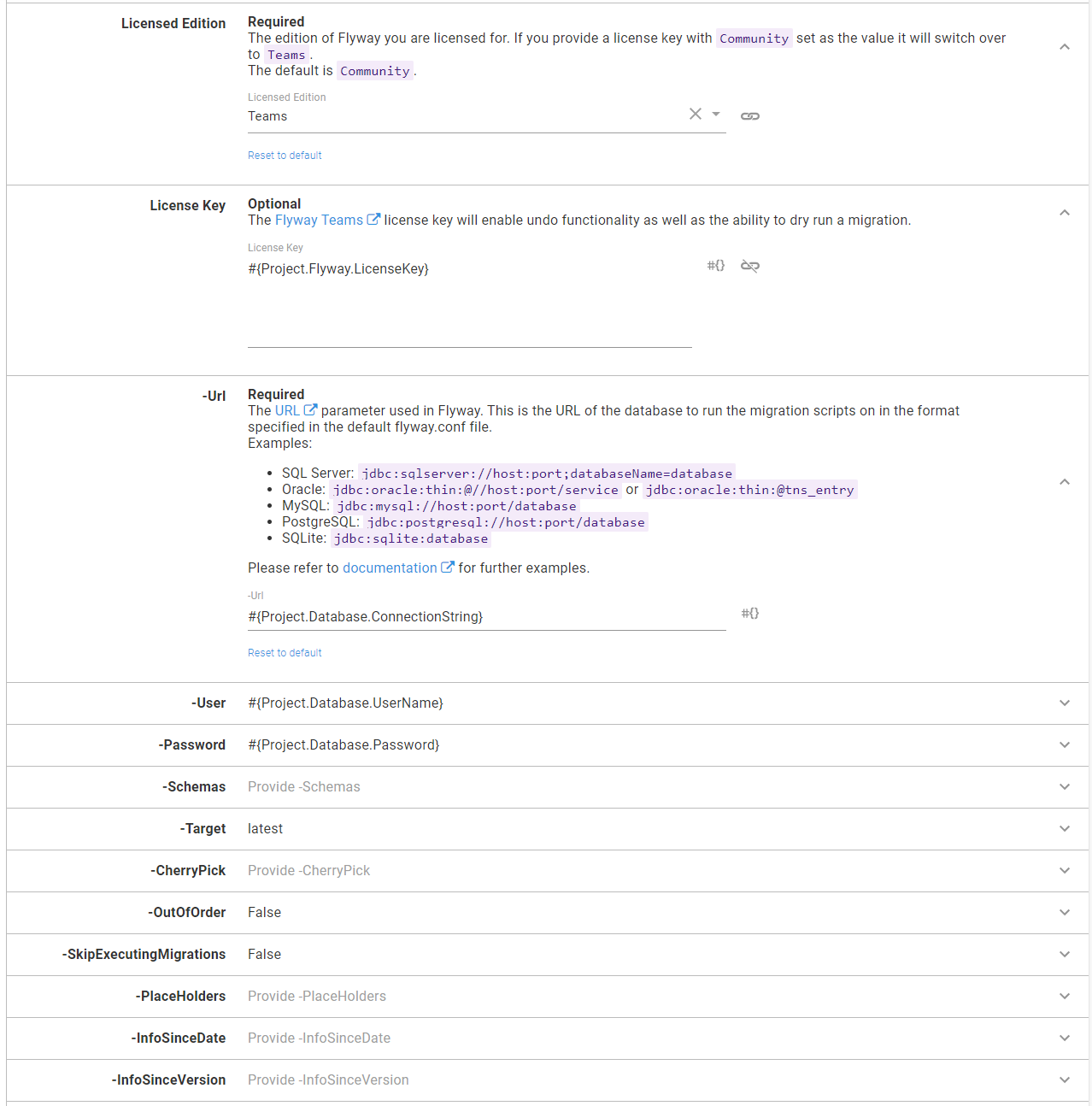 The step template includes detailed help text for each parameter and links to the appropriate documentation. 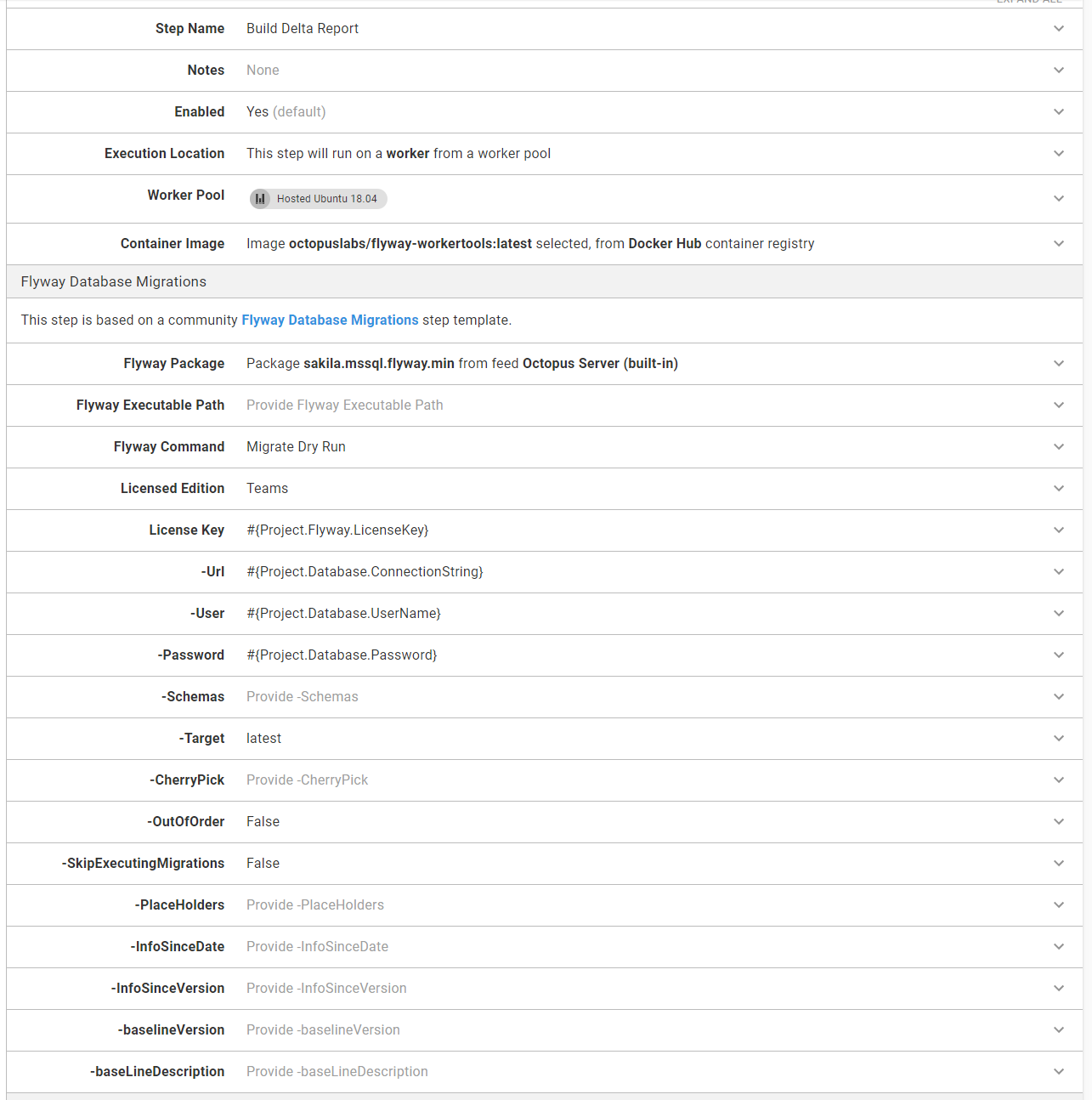 The step to deploy the database changes from the package is virtually identical to the generate delta script step. The only difference is using the command migrate instead of migrate dry run. 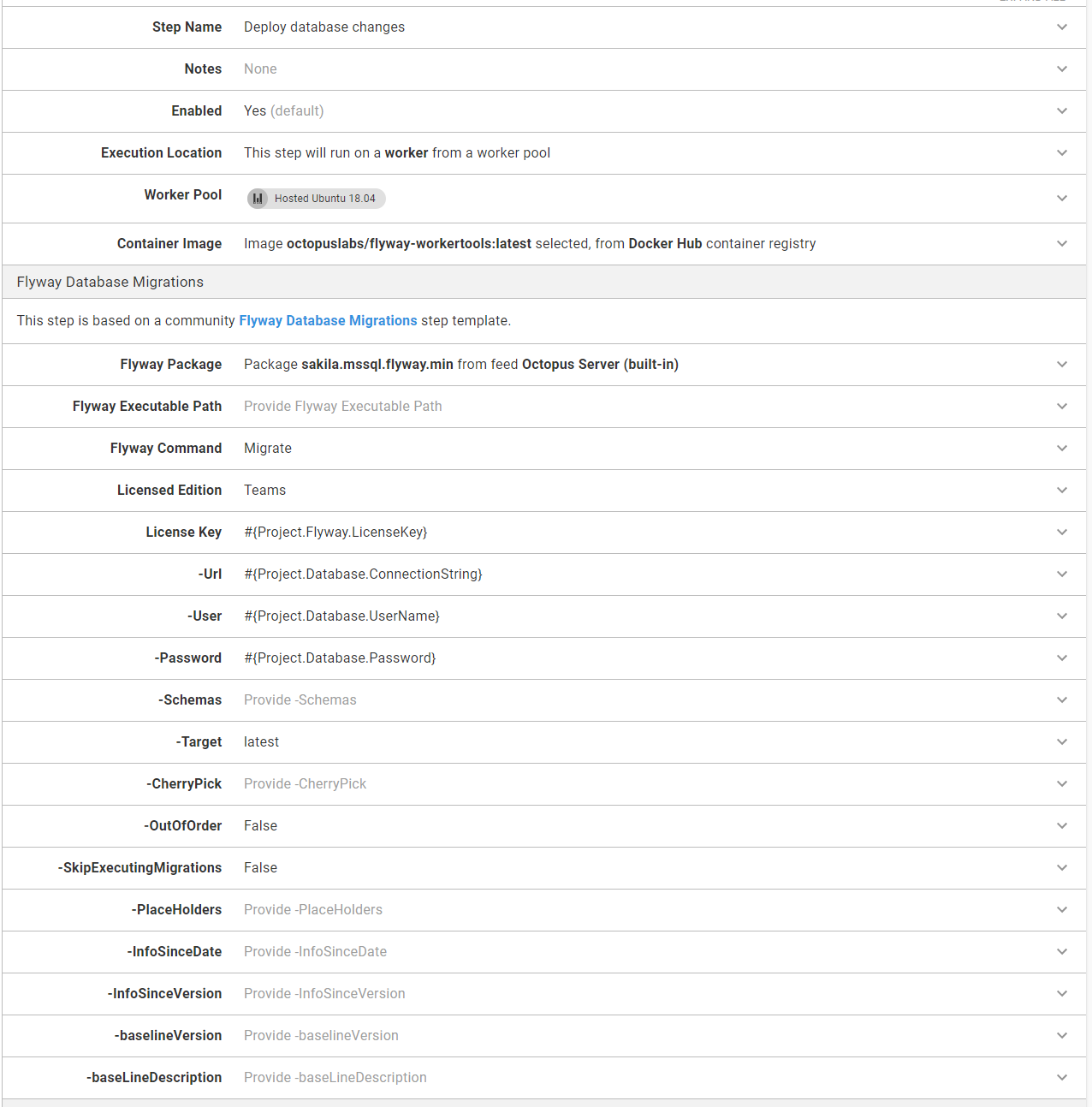 As this post demonstrates, updating your process to run inside an execution container isn't very involved, especially if you're using Octopus Cloud. After adding a Docker Container Registry external feed, you simply click a radio button for each step that should run on an execution container.

It's a small change, but it makes the deployment process and pipeline more robust. You can leverage a tool that's running the exact version of Flyway you need, without all the maintenance overhead.