Today ScottGu announced that the Octopus Deploy Tentacle agent is now available as an extension for Azure VM's:

Octopus simplifies the deployment of ASP.NET web applications, Windows Services and other applications by automatically configuring IIS, installing services and making configuration changes. Octopus integration of Azure was one of the top requested features on Azure UserVoice and with this integration we will simplify the deployment and configuration of octopus on the VM.

Of course, even before this extension, you could always install Tentacle either manually or automatically via scripts. The extension just puts a pretty UI around that. Under the hood, the extension uses our open source PowerShell DSC resource for Tentacles. 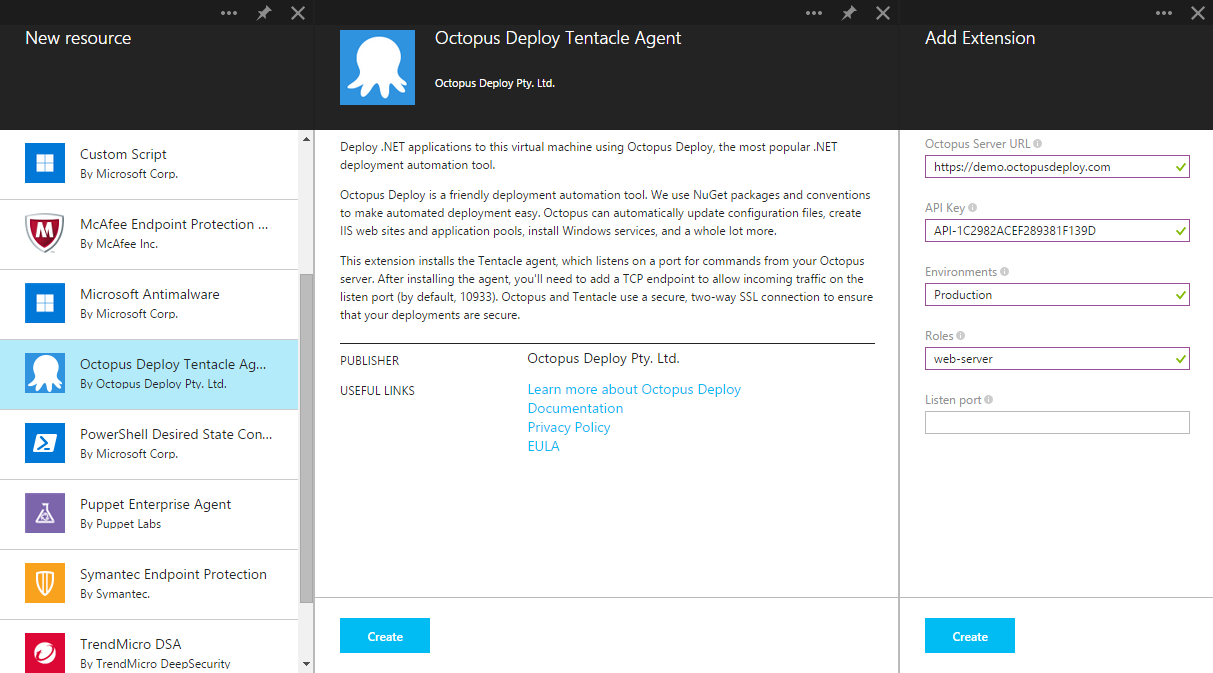 Why Tentacles on Azure VMs?

There are many different ways to host applications on Microsoft Azure: websites, cloud services, or as regular .NET applications running on a virtual machine.

When you provision a VM on Azure, out of the box you get a running operating system, a remote desktop connection, and a PowerShell remoting connection. And that's about it. If you want to deploy, configure and re-deploy applications on the machine, you'll either need to do it manually, or write custom scripts to copy files, update configuration files, and so-on.

Of course, these are all problems that Octopus Deploy solves, and solves. By adding the Tentacle agent to your Azure VM, you can then immediately start to deploy to it just like any other machine in Octopus.