At Octopus Deploy we have been working diligently to create an update that will put a smile on your face. In version 2.x we experienced some growing pains as our beloved users put Octopus through its paces. One of our goals for Octopus 3.0 was to provide a major performance improvement. In order to achieve this, we have:

Yesterday, as a part of our bug-bash, we performed a complex deployment on Octopus 2.6 and 3.0 to compare the performance. The deployment involved:

We are pleased with the results and hope that you will be too. The 3.0 deployment finished in 2 hours 41 minutes compared to 4 hours 18 minutes for 2.6. You will notice in the charts below that 3.0 CPU and memory usage drops off much sooner than 2.6: 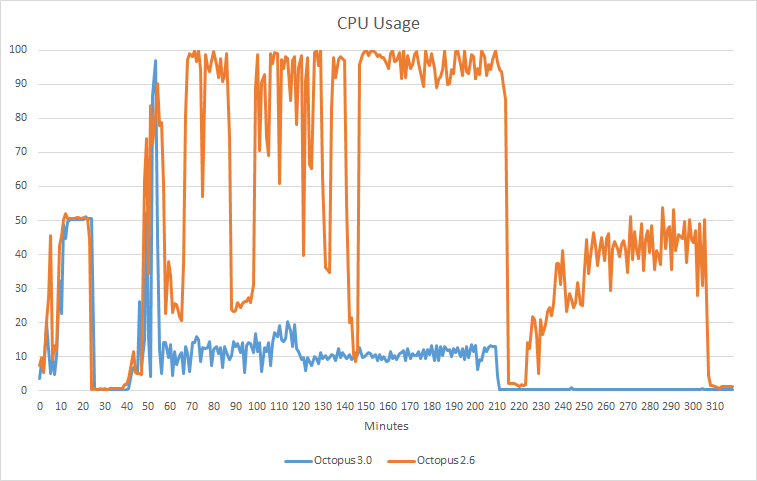 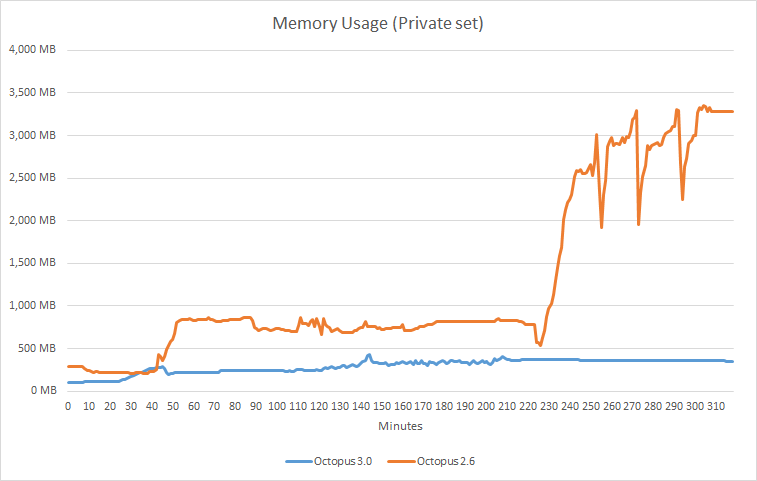 In Octopus 3.0 you can expect a marked performance improvement, especially for large and complicated deployment scenarios. We will continue to investigate ways we can improve Octopus and measure our improvements so that you can be confident Octopus Deploy can handle any deployment you throw at it. Also, lots of cool new features. Coming soon!

How we create the Tentacle Army