For Octopus 2.0 we're making a lot of changes to how we execute long running deployment tasks, and how we communicate with our remote agents. As part of this work, I'd like to give our tasks output page a bit of love and attention. 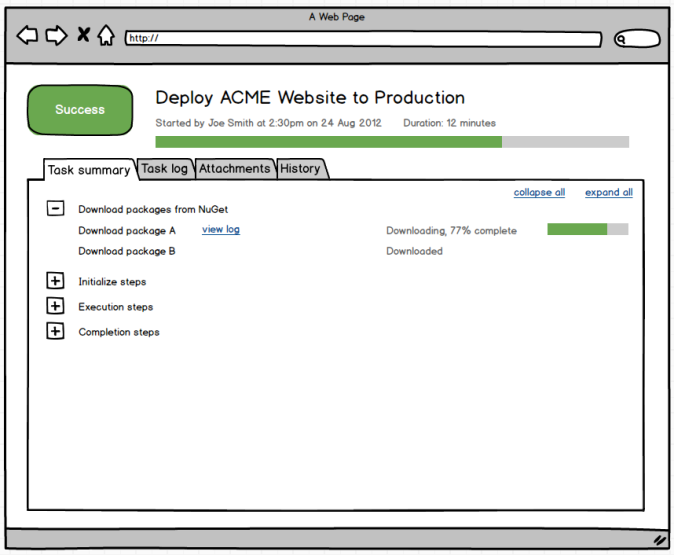 As a deployment server, Octopus Deploy orchestrates a lot of long-running tasks. Examples of the tasks we execute include:

Currently the deployment details page is split between a basic summary of steps, and a hierarchical tree of log entries. 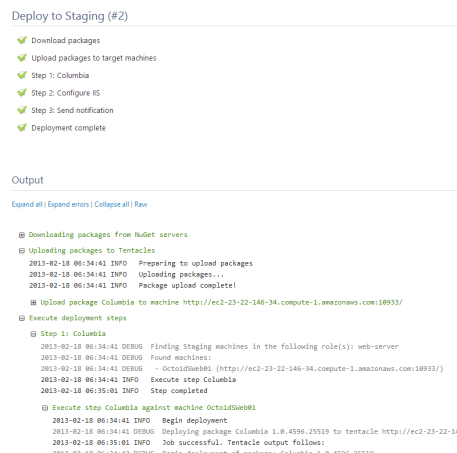 The first thing we're going to try and do is to combine both of these into a single view, which will be the default thing you see when you view a task. Rather than giving you a bunch of logs to look at, we'll show progress bars and summaries of what is going on.

Any errors, warnings or "alert" messages will also be shown here, so you don't have to crawl through a log to see what went wrong: 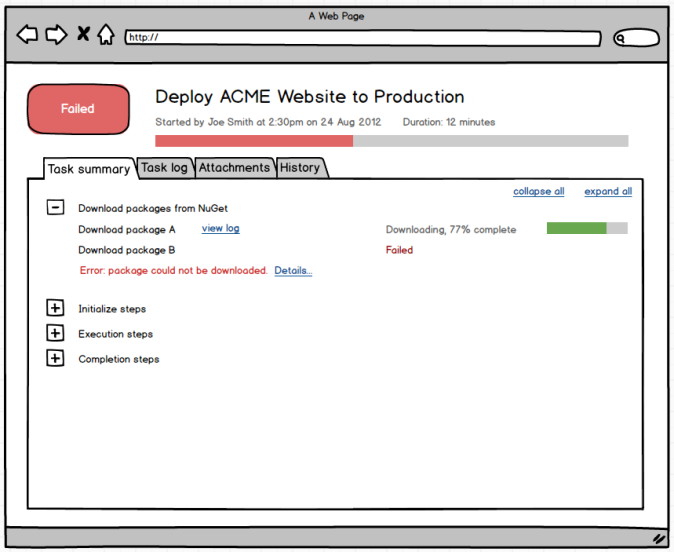 Sometimes, of course, you have to drill in to see what went wrong. The next tab gives you the full deployment log just like we did previously: 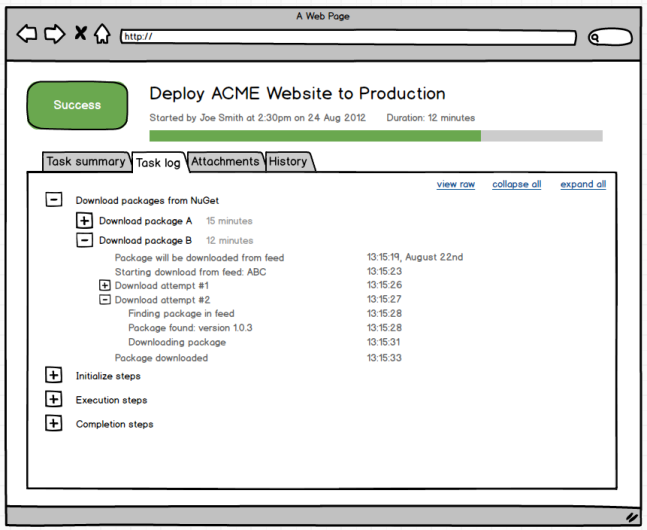 The other tabs include: