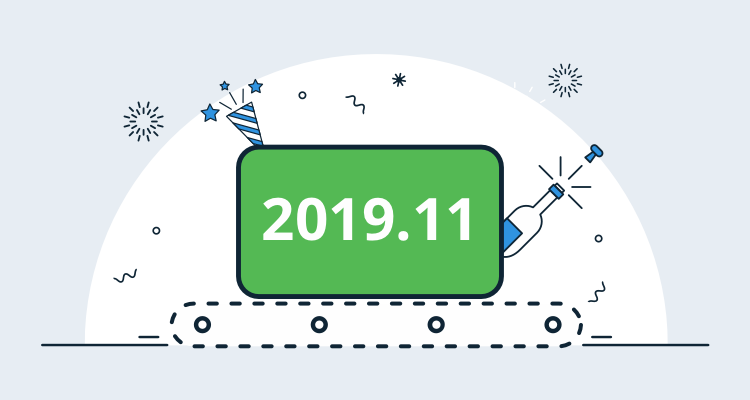 We shipped early access to Runbooks in Octopus 2019.10 and we wrote about why teams should care about them. We’re excited to share that Runbooks has reached release to web (RTW) status. This means we’ve removed the early access feature toggle and we’re proud to ship a complete solution to help teams automate their operations tasks.

Our Operations Runbooks feature is now ready for production and includes the following:

Our team continually adds updates and bug fixes driven by customer feedback and support tickets. We want to highlight some of these changes in this release:

The Octopus API has changed as a part of this release, versions of Octopus.Client before 8.0.0 can not create scheduled triggers on an Octopus Server where the version is older than 2019.11.0.

As usual, the steps for upgrading Octopus Deploy apply. Please see the release notes for further information. Self-Hosted Octopus customers can download the latest release now. For Octopus Cloud, you will start receiving the latest bits shortly during your maintenance window.

This release is our final release of 2019, and we’re looking forward to 2020. Keep an eye on our roadmap as we’re updating it regularly.