Currently our highest voted Uservoice idea is to add support for Linux deployments in Octopus. We are going to implement this by adding first-class support for servers running SSH that will map very closely to the way that Windows deployments with Octopus work today. 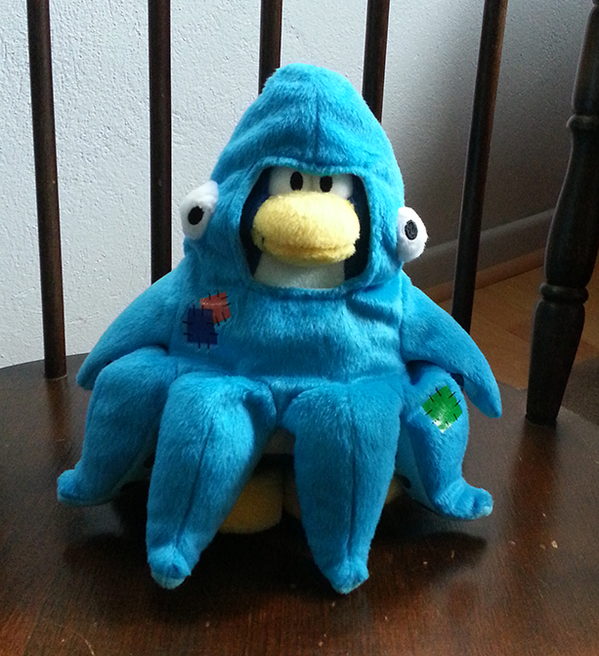 For the purpose of this we will be introducing a new term in Octopus, agentless machines. An agentless machine will not be running a Tentacle, instead it will use a different method of communication, e.g. SSH.

Our goal with this RFC is to make sure that the way we implement this feature will be suitable for the widest range of customers.

Setting up a new agentless machine, e.g. a Linux server running SSH, in Octopus will work the same way as when adding a new machine running a Tentacle.

Agentless machines are configured by chosing SSH rather than Listening or Polling as the communication style. 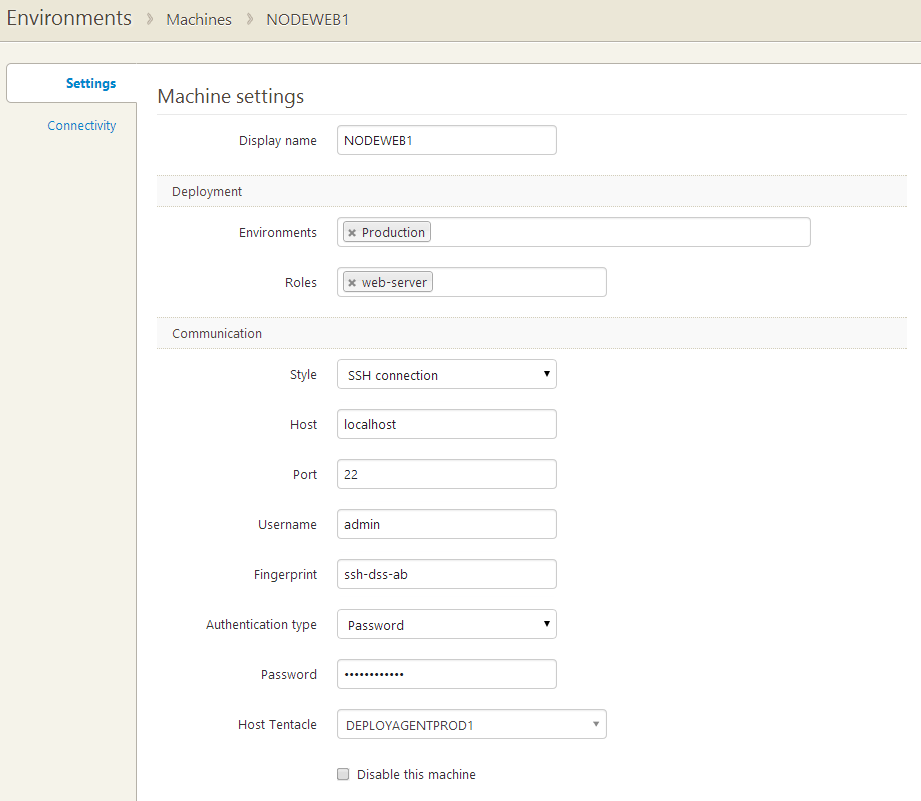 Environment with an agentless machine 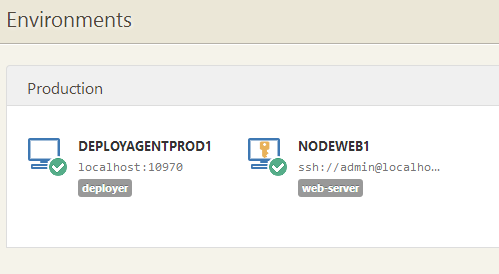 Typical Octopus tasks like heath checks, ad-hoc scripts and so-on run across all appropriate machines, including both Tentacle and agentless machines if both styles are being used. 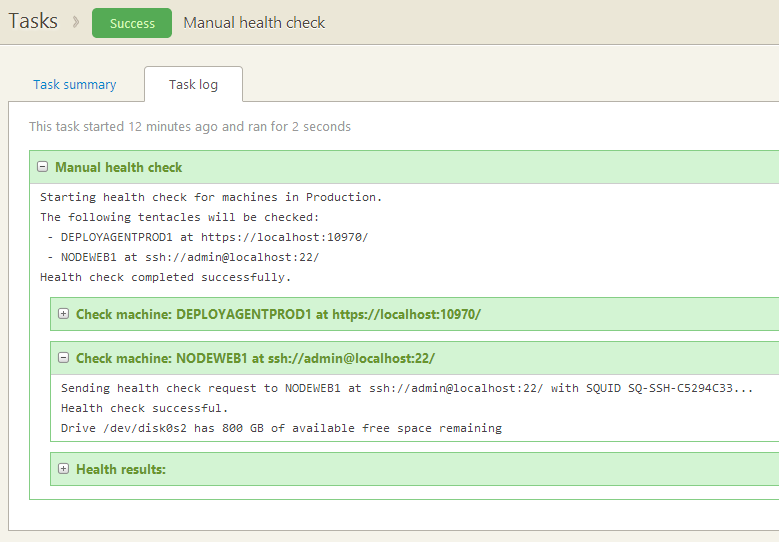 Private keys will be stored in the Octopus database as encrypted properties.

Connections to agentless machines won't be made directly from the Octopus Server; instead, one or more Tentacles will be used to make outbound connections to the machine. We're planning to add a hidden, "shadow" Tentacle running in a low-privilege process on the Octopus Server itself as a convenient default, but using specific Tentacles to handle different network topologies is also a feature we're considering.

Octopus will upload compressed packages to the target machine before any deployment takes place, so we require some local storage on the target machine that will go to ~/.tentacle/. We will also extract the packages to a default location like we do on a Tentacle machine, e.g. ~/.tentacle/apps/{environment}/{project}/{package}/{version}, and we will also support custom installation locations to move the files elsewhere.

Because a Tentacle machine is required for doing SSH deployments the package acquisition for these deployments will change slightly from the way Windows deployments with Octopus work today.

The Tentacle machine will extract the NuGet package and create a .tar.gz tarball that then will be uploaded to the target machines.

Package deployment steps will run entirely via a single shell session on the target machine.

The main deployment orchestration script will be written in bash, as this is the least common denominator amongst *nix distributions. This script will look for predeploy/deploy/postdeploy scripts, that can be created by the user, and execute them if they are present.

The predeploy/deploy/postdeploy scripts can be written in the users preferred scripting language (but the user would have to ensure that it is installed on the server that the deployment is run on).

Octopus has a more sophisticated variable system and syntax than Linux environment variables can support. Having to map between names like Octopus.Action[Install website].Status.Code and valid POSIX equivalents seems uncomfortable and error-prone. Large Octopus deployments also tend to carry a lot of variables, so we're uneasy about dumping these arbitrarily into the environment in which the deployment script runs.

This declares an environment variable DEST to hold the custom installation directory (subsequently available to the script as $DEST).

Values with embedded spaces and so-on can be supported using " quotes.

Though we're unlikely to implement it in the first version of the command, we're considering some more sophisticated features like iteration:

This highlights the kinds of opportunities we see to make writing deployment scripts more enjoyable.

Other features of the tentacle command

Output variables can be sent to the Octopus server using tentacle set:

Files from the target machine can be collected as Octopus artifacts using tentacle collect:

Where we (or others) provide helper scripts that themselves need access to variables, paths and so-on, these can be invoked using tentacle exec:

Features like XML configuration transformations/appsettings support will run on the target machine.

Supporting Octopus scripts and executables will be part of the default folder structure on the target machine, i.e. ~/.tentacle/tools/, in this folder we can also include helper apps using Mono for supporting .NET-specific conventions like XML configuration transformation/appsettings.

We can also include different scripting/executable options to support other deployment features.

Once a deployment has completed, we will apply the retention policy that has been specified for the project, just like we do with Windows deployments.

Linux distributions can vary significantly in their default configuration and available packages. We're aiming to choose a widely-supported baseline that makes it possible to deploy with Octopus to practically any current Linux distribution.

The fundamental assumptions we will make about a target machine are:

The platforms that we ourselves plan to build and test against are:

We will do our best to remain distro-agnostic, but if you're able to choose one of these options for your own servers you'll be helping us provide efficient testing and support.

We need your help!

What we would really appreciate is for customers who are already using SSH in Octopus, or that would want to start using it, to give us feedback on our plan of how to implement SSH deployments in Octopus.

Whether it be improvements to the suggested implementation above or if we've made assumptions that just will not work, then please let us know in the comments below.