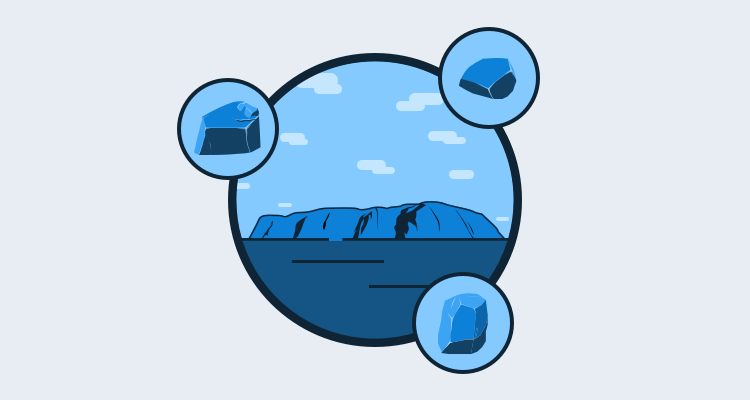 For this post, I'm using the Pitstop application as an example. I chose Pitstop because it contains multiple moving parts:

The original version of this application embedded the database and table creation within the C# code itself. To make a more useful demonstration, I extracted the database activities and placed them into the deployment process. In addition, the APIs and web front end were all dockerized. Again, I modified this so they could be deployed to Azure instead of containers. Here's the modified version.

In this form, the deployment takes approximately 15 minutes to complete. While not an astronomical number, it could be an eternity if a single component is down and needs to be updated.

Breaking up the monolith

Looking at our deployment process, we can identify some of the steps that are related while others are independent. For example, the steps for the invoice service are all related, so those can be broken out into their own Octopus project:

Deployment of the Invoice components now takes only 1 minute versus the 15 minutes in the monolith. This is a significant time saving, especially in cases where the invoice components are the only pieces that need to be updated.

Breaking out the entire process into different projects would yield something similar to this:

Each component of the application has been broken out into their respective projects and can now be deployed individually.

Now that we have our application broken up into separate deployable components, we're faced with the issue of orchestrating several projects when we need to deploy the whole solution.

Octopus Deploy contains a built-in step template called Deploy a Release. This feature allows you to choose a different project and deploy the latest release from it (the community template Chain deployment has similar functionality). The Deploy a Release step comes with the ability to pass variables to the child project in the event it has prompted variables. 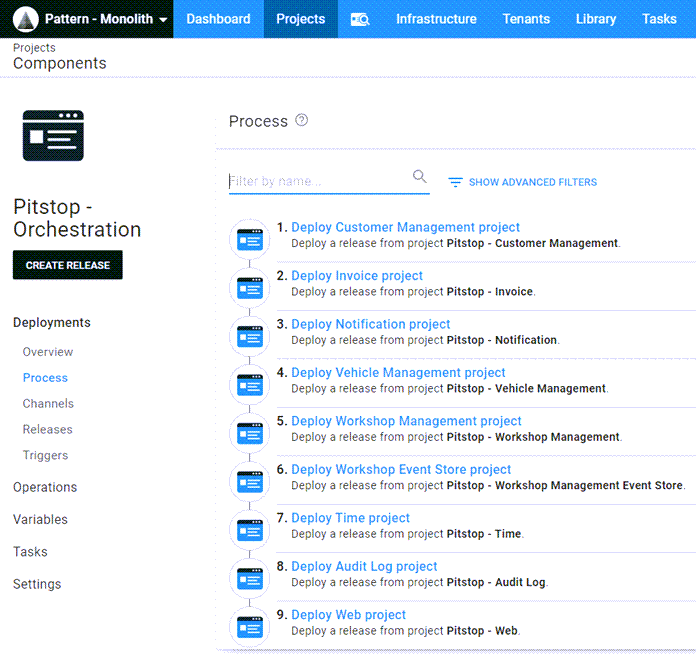 Using the Deploy a Release template does come with a couple of caveats:

Automating the deployment of an application is a critical step in your DevOps journey. If your deployment process has reached monolithic proportions, the next step is to identify which components can be deployed individually, which is often easier said than done. A side-effect of this exercise is that the same components that can be deployed individually can usually be built individually, which can drastically cut down on build duration and result in lower lead times. With build duration and deployment time lowered, you have the capability to deploy your application faster and more often.