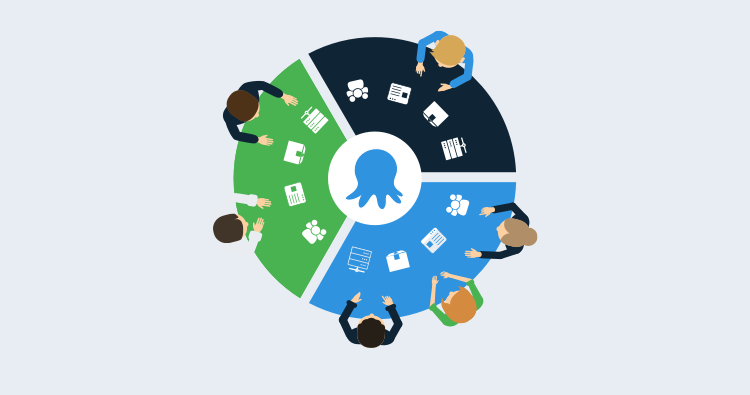 I was happy with how the feature branch example I put together for my webinar with Redgate. My co-hosts at Redgate liked it so much they want a copy of their own to poke around with. That sample project is located on Octopus Cloud, so I couldn't use the migrator, and if I am honest, I didn't want to for this specific use case. For those of you who don't know, everything done in the Octopus Web Portal hits the Octopus Deploy RESTful API. I set out to write a PowerShell script to use the Octopus API to copy a project from the sample instance over to Redgate's instance. In this post, I share how I accomplished that and what you can do to write your own script.

TL;DR; I posted my script in GitHub under the Octopus Samples organization. Going forward, our team will use this script internally to speed up the creation of samples in that instance. You can try it out for yourself, fork it, and modify it to meet your company's needs.

The bundled Octopus Data Migration tool does exactly what it says on the tin. It helps migrate an Octopus project from one instance to another. But quite often, I see people attempt to use the tool for use cases it wasn't designed for. It is a blunt instrument. You give it a project name, and it becomes a giant vacuum cleaner that sucks up everything about the project and exports it ready to be imported on another instance.

The migrator has several limitations for my use case:

Limitations of the Octopus Deploy API

The Octopus Deploy API cannot decrypt sensitive variables. This includes account variables, variables marked as sensitive, and external feed usernames and passwords. For my use case, all of that is perfectly acceptable. I don't want to give Redgate all that sensitive information. They have their own database servers, their own AWS cloud accounts, and so on.

Like any RESTful API, it is not very good at handling massive amounts of BLOB data in an efficient manner, such as packages, task logs, artifacts, project images, and tenant images. In the end, this worked out fine for my use case as these items were not something I was interested in cloning to Redgate's instance. They want the process, but they don't care about the releases, deployments, snapshots, and so on.

Goals of the script

If you write code that tries to be all things to all people, you end up with code that barely works for anybody, or it's a complex mess no one can maintain or understand.

My goals for my script were:

As I wrote the script, I noticed a number of general rules I wanted to share to help.

They will be named that. I wrote a couple of helper functions to help find items by ID or Name in a list:

All objects returned from the Octopus Deploy API have a Links object. This is very useful when you need to update an existing item or you need to go to the next page in a list. 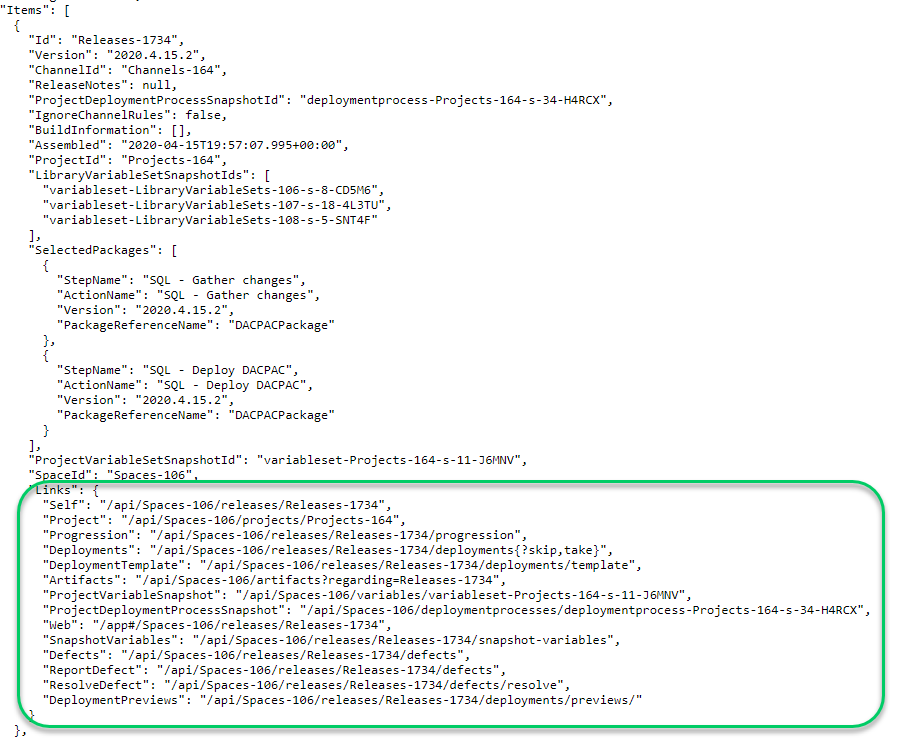 For the items I needed to create or query, I noticed Octopus Deploy's API follows the same set of rules.

Because of that, I was able to put together some helper functions to query the Octopus API:

At first, I didn't have a lot of logging. That was a mistake, but I quickly learned I needed to log everything. Not only that, log the JSON requests being sent up to the API. This makes debugging go so much quicker.

I wanted to make it easy to let the user know general informational message vs. warnings vs. errors. I used the simple Green for good, Yellow for warning and Red for bad. I also added a verbose log to write out everything to a file. I made a few helpful functions to help with logging:

The source instance might have Environments-123 for Production while the destination is set to Environments-555. To translate that you'll need to:

Again, I wrote a helper function for that:

For your script, focus on the most important items first. Perfect is the enemy of done.

I ran into a few tricky spots in my API script. Specifically around:

I opted to follow the path of least resistance. I either wrote the code to remove items (package references), set a default (manual interventions), skip them (tenant variables), or added a guard clause to prevent it from running (different versions of Octopus Deploy). If I get a high enough demand for those specific items, I'll probably look into adding them. But for now, the complexity in getting them working vs. the reward just wasn't worth it.

My goal was to clone that project from our samples instance onto a new instance. A project is more than just a project. It is dependent on a lot of other data inside Octopus, so I focused on items I always have to create when standing up a new space or a new instance.

This is the list of data I came up:

I purposely left some key items off that list. Some may surprise you:

My use case was to copy a project from my samples instance to a new instance run by Redgate. Every one of the items in the list above would be different between our two instances. I wanted to keep it simple. I marked them as excluded and proceeded.

I knew I would run across a number of sensitive values. I also knew I couldn't get the actual value, nor did I want to. However, in a lot of cases, specifically accounts, they expect something to be entered. I created the following two rules in my script:

Each of the items I want to clone essentially followed this workflow. I'll use environments as the example:

Keeping the filter simple, yet powerful, was critical to me. I opted for the following:

The variables and deployment process are the most complex part of the clone. The initial run is straight-forward, take what is in the source and copy it over to the destination.

Subsequent runs are tricky. I started off with three basic rules:

You can replace Redgate with my users for your own script. I imagine the same is most likely true for you.

The source project was the source of truth. I wrote the script to follow these rules: 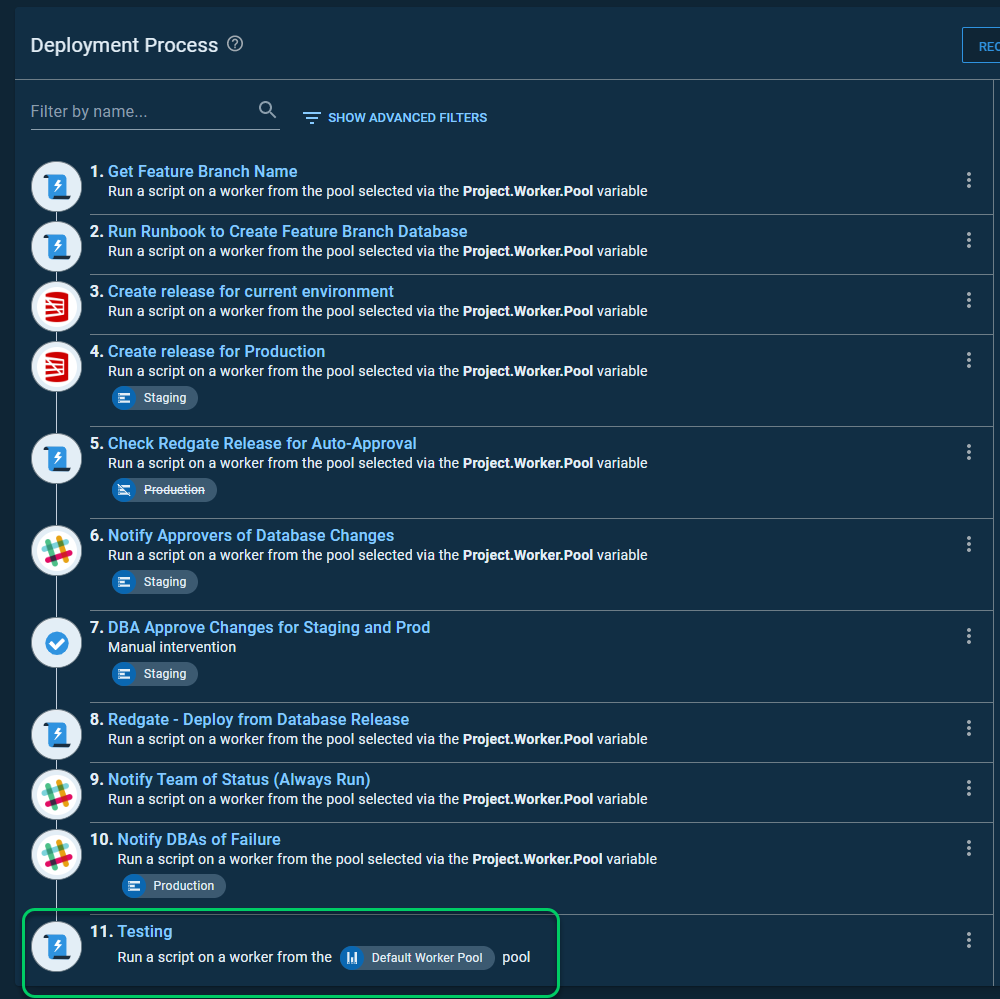 The process on my source instance has step 3, which doesn't appear in the destination process. 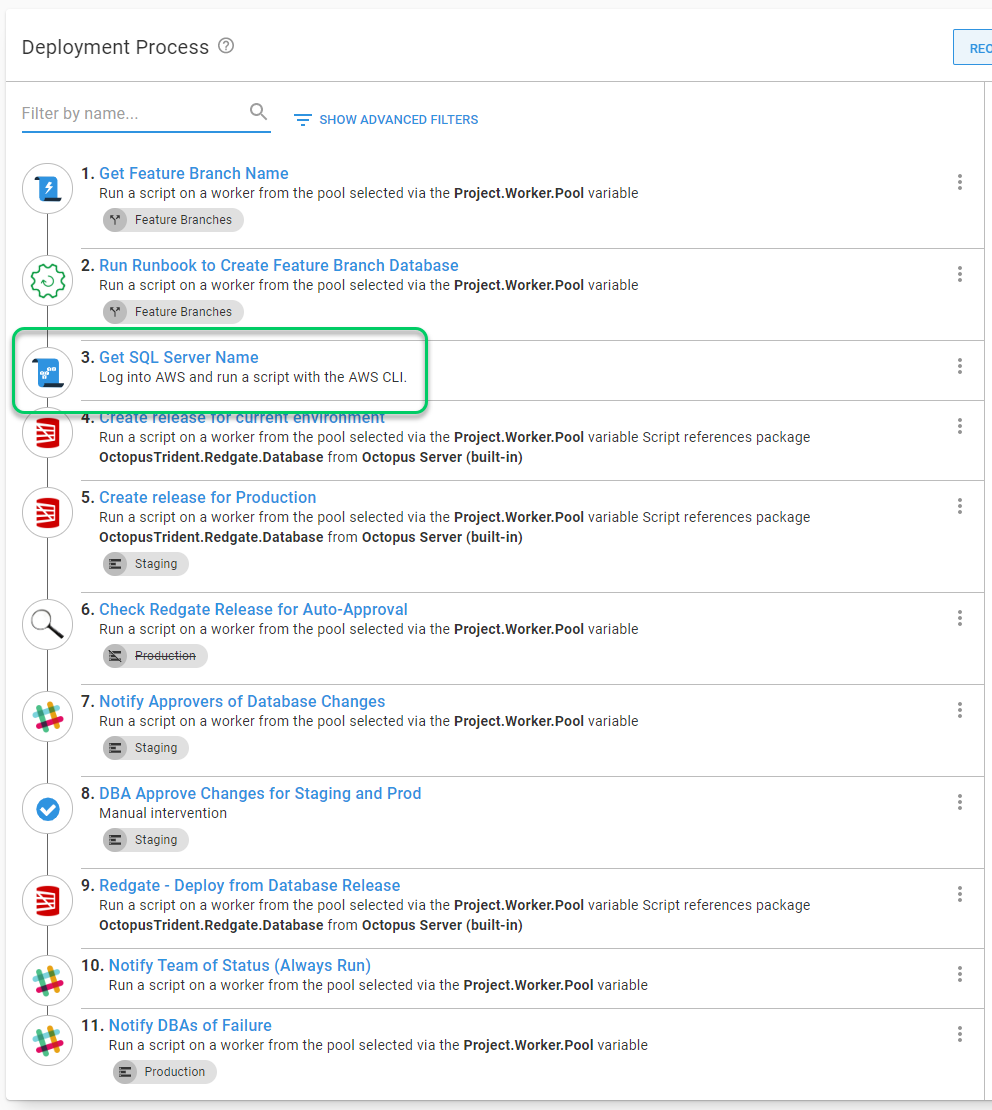 The process after the sync runs, which follows the rules above, now looks like the following. The new step 3 from the source was added in the appropriate location, then the new step found only on the destination was added after. 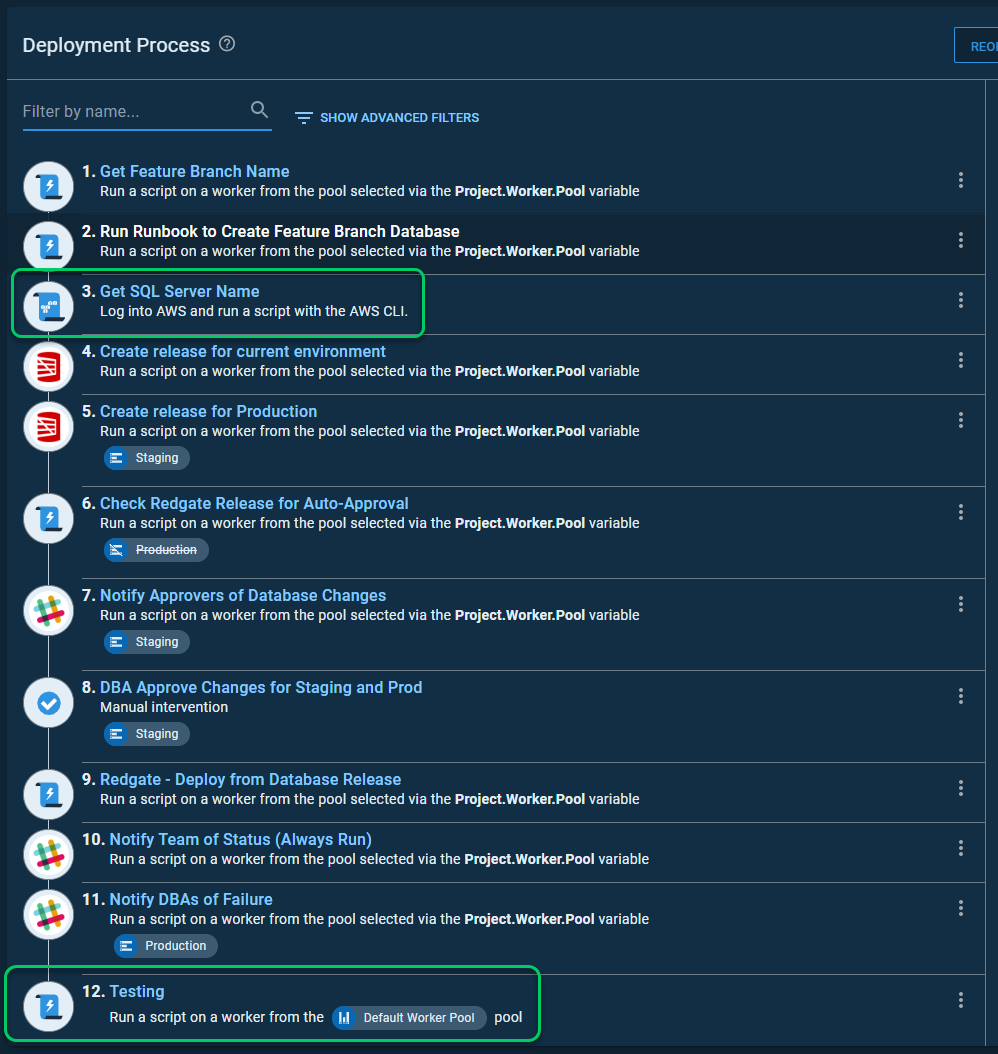 Expanding the use cases

As I finished writing my script, I realized I could support a number of use cases outside of the migrator. Those use cases were:

Sample to help get started

I realize it is a tall order to start writing a script from scratch. That is why I have published the script(s) my team, Customer Success, uses to manage our samples instance. You can find that project in the Octopus Samples organization.

I hope you'll fork that repo and modify it to meet your specific needs. Perhaps you want to clone targets, or perhaps you want to exclude all variables. That isn't a change we plan on making to that script, but by forking it, you can do whatever you like with the script. And hopefully, the script has enough there to help with your basic cloning needs.