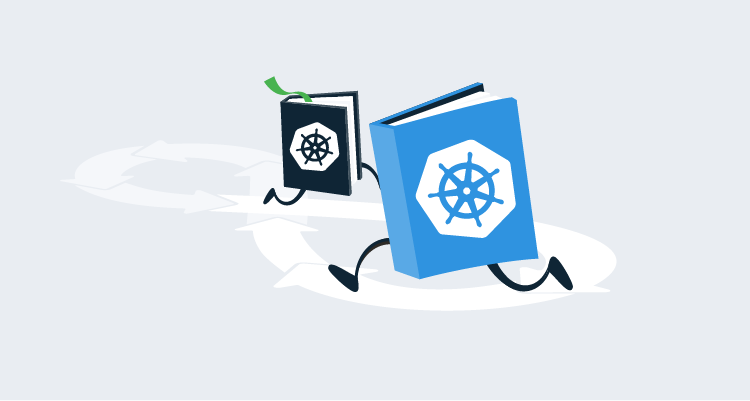 It's safe to say the sentiment that Devs shouldn’t have to learn Docker, K8s, or 30 other things to deploy an app is something many of us agree with.

Let’s be honest, Kubernetes isn’t easy. But there are ways to make supporting it less painful. The Runbook feature in Octopus lets you script the same processes that have been powering Octopus deployments for years, to manage routine maintenance and emergency ops (incident response) tasks across your environments without creating deployments.

In this blog post, we look at a simple runbook and highlight the advantages of creating reusable runbooks over manual scripting and ad-hoc debugging.

Listing Kubernetes pods to see their status is a common first step when supporting a Kubernetes cluster. This sounds easy enough, and it’s tempting to think this process is nothing more than running kubectl get pods. But with a runbook it’s possible to enrich this diagnostic procedure.

Below is an example of a Get Pods script you might create as part of a runbook:

We start the script by building up an array of arguments to be passed to kubectl. The base arguments are get pods, but depending on the value of a prompted variable called Format we can also get the details of the pods in JSON or YAML. The response from the call to kubectl is saved to a file called result.txt.

The New-OctopusArtifact Cmdlet takes the file and saves it as an Octopus artifact, which is then available from the task summary after the process has completed. 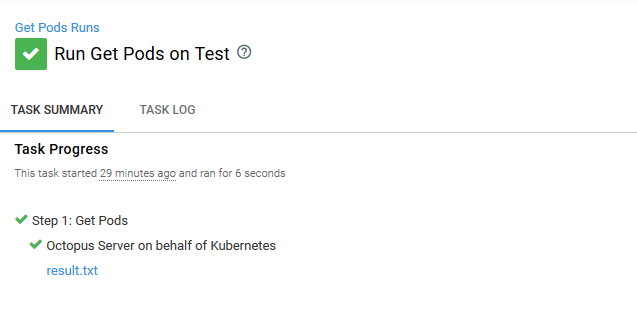 The script then calls kubectl again, this time looking for pods that are not in the running state. Any pods found are listed in the output.

This script is not particularly complex or clever, but it does highlight a number of benefits to using runbooks.

At the very least, interacting with a Kubernetes cluster requires the kubectl command-line tool to be installed. Depending on the cluster, you may also need additional authentication executables to be available.

In my experience the support laptop is something that sits under a desk, whether in the office or at the home of the person on call that week. If things have been done right, the laptop is rarely used and updated even less frequently. This is a problem when you consider the range of command-line tools used for interacting with Kubernetes, some of which (like helm) can be particularly fickle when it comes to versioning.

By executing kubectl and other Kubernetes CLI tools from a runbook, you no longer need to install local tools. All you need is a web browser, and the Octopus server (or Workers) configured with the required tools.

If you are following best security practices, your Kubernetes cluster will not have a single administrator account, but instead, limited service accounts for each functional area in the cluster. The passwords for these accounts will be refreshed frequently to limit the potential damage of any leaked credentials.

But how do you share these credentials with your support team?

Using a runbook removes the burden from the end user to maintain infrastructure credentials. Each Kubernetes target can have as much or as little access to the cluster as needed, and Octopus permissions can limit who can run which runbook on which targets.

kubectl is a big hammer that can do almost anything on a Kubernetes cluster if you have the required permissions. But it will never have the business intelligence that is specific to your use case.

In the example script above, we have specifically queried Kubernetes for pods that are in a non-running state. To Kubernetes, a non-running pod is just a possible state a pod can be in, but in your business this might be the first thing to look for when troubleshooting.

This kind of business knowledge is all too often hard won during long nights on support, and then shared through war stories between individuals. But with a runbook it can be baked into a standard process for anyone to see.

Priority number one during an outage is getting a cluster back online. But the next day is spent trying to reverse engineer the root cause of the issue.

All too often the answers to these questions are lost when the local terminal running kubectl is closed.

With runbooks, the result of each query is captured in a log file, and the history of each action is captured in an audit log. You can also ensure that a kubectl delete pod is always preceded by a kubectl logs or kubectl describe pod, making the state of a deleted pod easy to review the next day.

Octopus has long supported multiple cloud providers and on-premises deployments, capturing that topology with targets and environments. Runbooks leverage that same context, allowing tasks to be executed across your existing infrastructure without redefining it.

In a world where it can feel like you need to learn 30 different things to deploy an application, Octopus strives to provide you with a single Deploy button.

With Runbooks, the same battle-tested processes that drive Octopus deployments are now available for DevOps support and maintenance tasks.