I was stoked to come across this article in ITNews: Domain does DevOps. Domain is one of Australia's largest property buying and renting websites.

This week Domain Group technology director Paul McManus revealed the company has embraced DevOps to such a degree that it was able to push 150 small changes into production in a single month, up from eight to ten under its former model. At the 'build' end of the cycle, the team uses a set of products developed in Australia - Atlassian's Bamboo for build orchestration and Octopus Deploy for deployment orchestration. Read the full article at ITNews 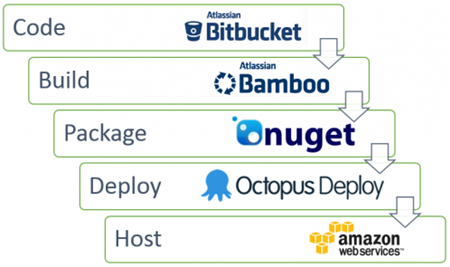 You can read a lot more detail about how their deployment pipeline works on their technical blog.

I have to say that we were not convinced that Octopus Deploy would be suitable for deployments in an auto-scaling environment on AWS (it seems to be more directed at Microsoft Azure when it comes to cloud) but it has done the job brilliantly for us so far. One of the best thing is that it has been built API-first which means that anything you can do from the Octopus dashboard you can also do with the API. It is also a very polished product and we haven’t really had any issue with it for deployment of our new micro-services on AWS or of our legacy applications on-premise.

You just have to watch the video of their Release Train.

To get the train running I added a snippet of Powershell code to Octopus based roughly on this. It pulls in some Octopus variables such as project, environment and release number to create a tweet, which goes out via the @DomainTrain account. 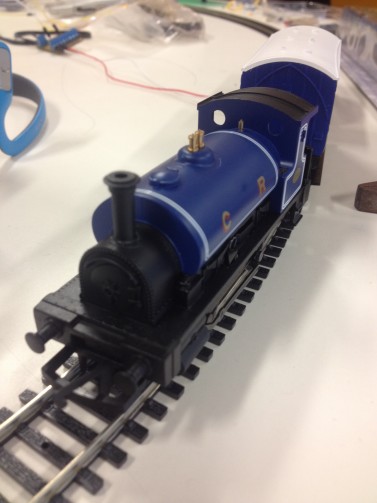 PS: If you are in Sydney, they are hiring!