Over the last few weeks we've spent a lot of time improving the Octopus/TeamCity integration story. To do this, we created a TeamCity plugin, which you can install on your TeamCity server.

The plugin can be downloaded from the usual Octopus download page. The source code for the plugin is open source and hosted on GitHub.

Secondly, it adds a pair of custom build runners for creating and promoting releases. 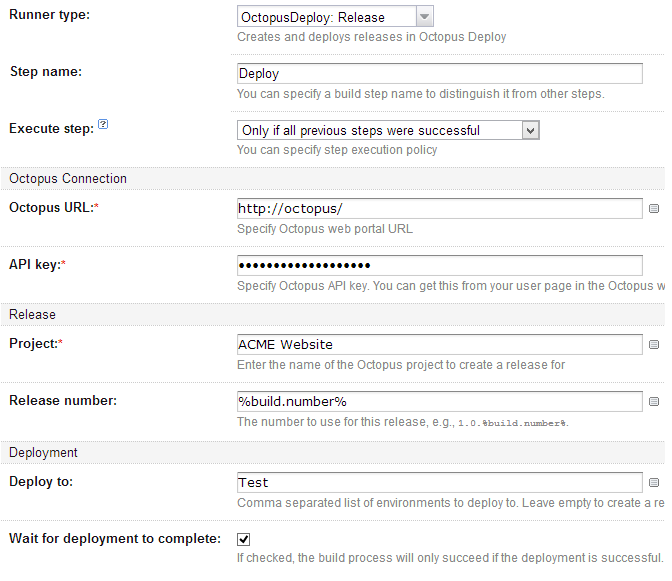 We made a few changes to Octo.exe in the process too, to make it easier to ensure that a release is using the right package versions. For example, if you have a folder containing the NuGet packages you want to include in the release, you can do:

These features were demonstrated in our recent TeamCity/Octopus webinar, the recording of which is available below:

Many thanks to the team at JetBrains (especially Eugene) for helping to create and polish this plugin.