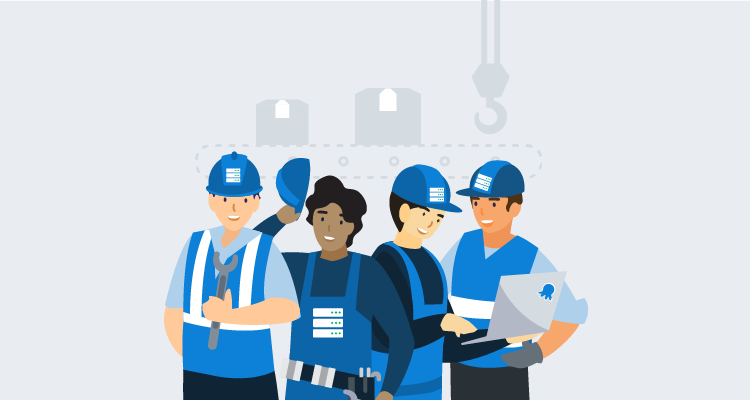 In the early days of Octopus Deploy, as the product evolved, increasing demands were being made on the server it was installed on. Any step that didn't execute directly on a target was executed on the server itself.

To address the growing list of tasks executing directly on the server, we created the concept of Workers.

In this post, I address common questions about Workers and how they operate.

What exactly is a Worker?

In essence, a Worker is a Tentacle. It runs the same Tentacle software as a deployment target, however it's registered with the server in Worker Pools. Worker Pools are a collection of Worker Machines.

If a Worker is a Tentacle, does it count as a target for licensing?

Despite running the Tentacle software, Workers are viewed as an extension of the Octopus Server, therefore not counted as targets.

Under the current licensing model, there's no limit to how many Worker Machines you can have.

What is the Built-in Worker?

What can a Worker be used for?

Workers can be used with steps that don't need to be executed on a target. The most common use cases are:

Workers are perfect for calling an API, or a Web service that doesn’t need a target to run on. Examples include:

Running scripts is another use case for Workers. Process intensive operations can be offloaded to run on a Worker instead of slowing down the Octopus Server.

Kubernetes (K8s) targets are the only target type that require Workers.

Workers for K8s targets require that the kubectl CLI is installed. For this reason, you have the ability to select a Worker Pool to use during health check operations on the K8s target screen.

Kubernetes deployments interact with an API, providing instructions to the K8s cluster rather than deploying files directly to it. This makes a perfect use case for Workers.

Offload processes from the Octopus Server

The bundled software that ships with Octopus might not include everything you need for a process. With a Worker, you can install custom software packages to aid your deployment or runbook process.

If the Worker has Docker installed, it can use the execution containers feature for customized containers versus installing software directly on the Worker. 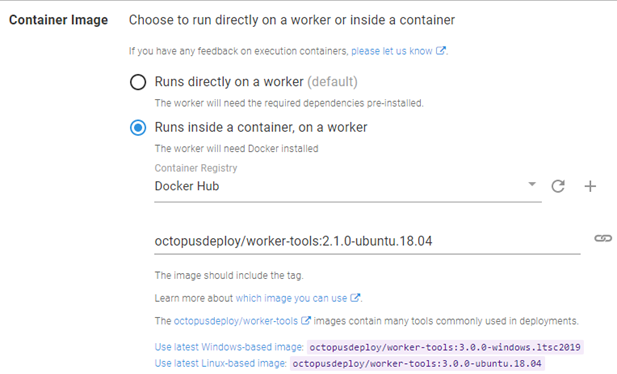 How do I specify a step to use a Worker?

When defining a step in a Runbook or Project Deployment Process, you can tell Octopus that this step runs on a Worker and select a pool.

You might have noticed there's a second selection for the Worker Pool section, Runs on a Worker from a pool selected via a variable. We created the Worker Pool variable for when you need a different Worker Pool for different situations, such as environments.

Some people have security segregated so that Workers in Development are not allowed to touch resources in Test. Using a Worker Pool variable, you can scope pools to environments or even Tenant Tags denoting things like specific Azure regions.

How do Workers execute differently from targets?

If you attempt to execute two deployments against the same target machine, you may notice the deployments seem to bounce back and forth between the tasks, executing one step at a time. This behavior was designed to protect the target from multiple deployments attempting to update the same resource at the same time, such as an IIS metabase. Workers, on the other hand, are configured to handle multiple tasks simultaneously.

Activities such as Acquire Packages result in a Worker being locked, and any other deployment/runbook using the same Worker is in a wait state.

How is a Worker selected from the pool?

It's safest to assume that each step is executed by a different Worker in the pool.

Consider the following scenario where Worker Pool Setup consists of: 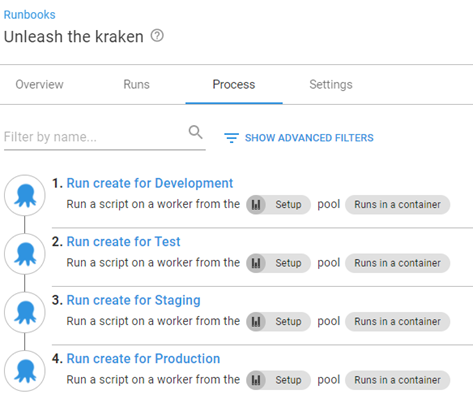 All steps in the process execute sequentially, but are configured not to wait for the runbook to complete before moving on to the next step (see Run Octopus Deploy Runbook step for details). Worker selection would be as follows:

There are scenarios which can affect how Octopus selects Workers: 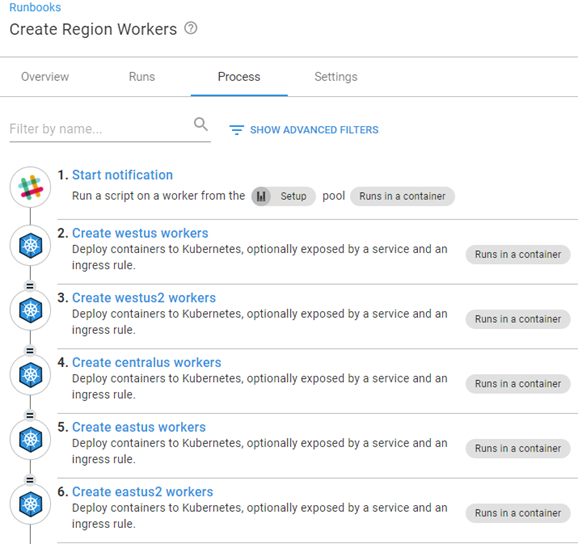 Package reference ordering also affects Worker selection. For example, if you have two steps that reference the same packages in the same order, Octopus runs both steps on the same Worker.

However, if the ordering of the packages is different, Octopus selects different Workers for each step.

When a Manual Intervention step is encountered, it's removed from the task queue. After the intervention has been acted on, the task is added back into the queue which forces Worker selection to occur again.

Octopus Deploy maintains a set of Workers (VMs) that you can use on demand as Dynamic Workers. These Workers are available in the following pools:

* Pool can use the Execution Containers feature.

I hope this post clarifies what Workers are, how they're used and selected. I certainly learned a lot writing this post.

If you need help or would like to learn more about using Workers, you can contact our customer success team at customersuccess@octopus.com.