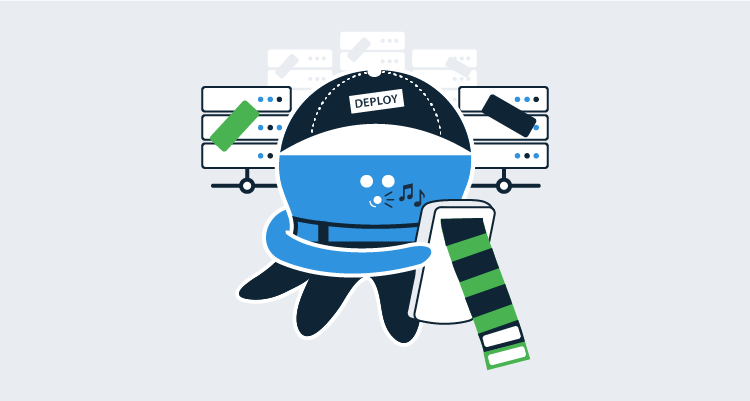 Tools such as Azure DevOps combine all components into a single solution whereas other configurations separate them. For instance, you might use GitHub for source control, TeamCity for build, and Jira for issue tracking. When it comes to Continuous Delivery (CD), commits and issue tracking are important to ensure the correct version of the software is deployed. With Octopus Deploy, you can include build information, such as commits and issues, as part of your release.

It's important to note that while commits will work in all cases, issue tracking will only function if you have one of the following integrations configured in Octopus Deploy:

In this post, I walk through configuring TeamCity and Octopus Deploy to include build information and how this can be used during the deployment process.

For this demonstration, I use the scenario described above: GitHub (OctoPetShop), TeamCity, and Jira. I address these specific technologies, but the overall process is similar regardless of which tools you use.

This post assumes you already know how to create a project within Jira.

We'll start off by logging a bug in Jira for the OctoPetShop application. 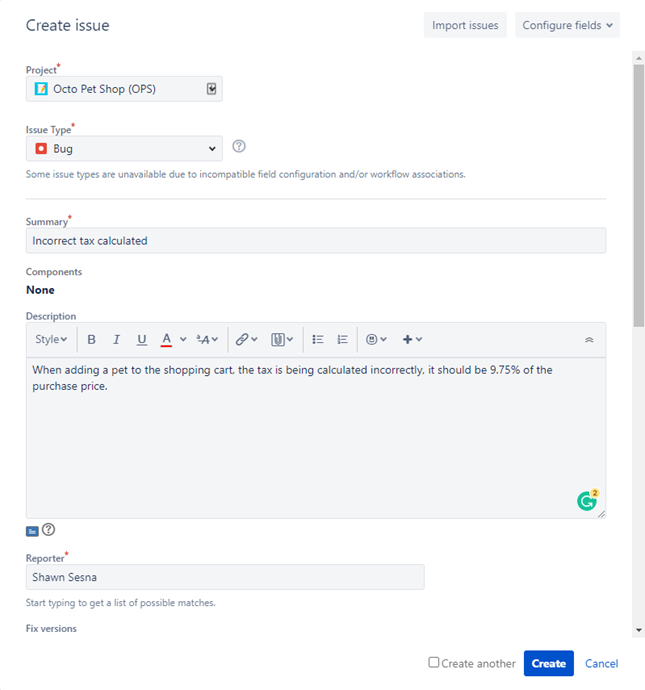 After the issue has been created, we need to take note of the key value, as we need this to correctly tag our commits. In this case, the value is OPS-1.

Connect a commit to an issue

How you connect a commit to an issue varies depending on the issue tracker you are using. For Jira, your commit message needs to use the following format:

For our example, our commit message would look like this:

In addition to the available plugins, there are some community-supported integrations with online-only build servers:

For this demonstration, we're using TeamCity. 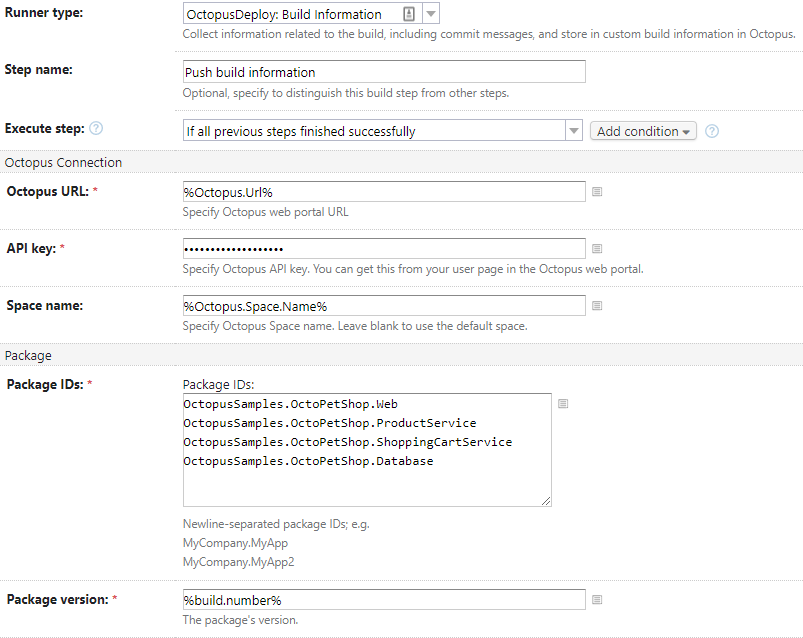 Issuing a build, we can see our change has been picked up by the build server. 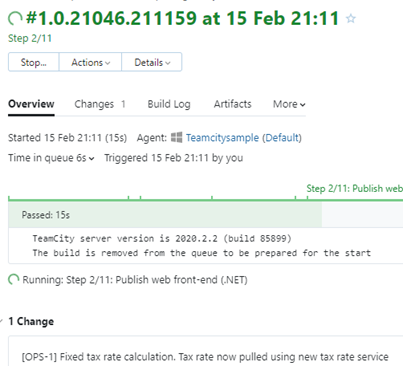 As mentioned, issue tracking for build information will not work until you configure the corresponding integration in Octopus Deploy. For this demonstration, we need to configure the Jira integration.

With our integration configured, navigate to the Library tab and select Build Information.

On this page, we can see the build information has been uploaded to Octopus Deploy for the packages for OctoPetShop. Clicking on one of these will show the commits and issues related to it.

You may have noticed, we haven't discussed the Release Note Prefix. The Release Note Prefix provides a method of overriding the title of the work item. Octopus Deploy will look through the comments of a work item for the specified prefix that I've defined as Release note:. When it finds a comment with the prefix, it will override the title of the work item with whatever text comes after the prefix.

All of the Octopus Deploy issues integrations contain the Release Note Prefix feature.

The title of our issue is Incorrect tax calculated, which doesn't make for a terribly useful release note. Instead, we'd like it to show up as Improved tax rate calculation based on location.

To do this, we add a comment to the Jira issue using our defined prefix:

In Octopus, we can see that the title of the work item has been updated to the desired value.

In the project's settings, you can define a release notes template. The template allows you to customize the display of the build information related to the packages. Here's an example template:

The Octopus.Release.Package variable is only available for use in release notes templates. It is not available during a deployment process such as a Run a script step.

With a template defined, the release notes are accessible during a deployment via the Octopus.Release.Notes variable. Using something like Slack, you can include the build information in a notification message. 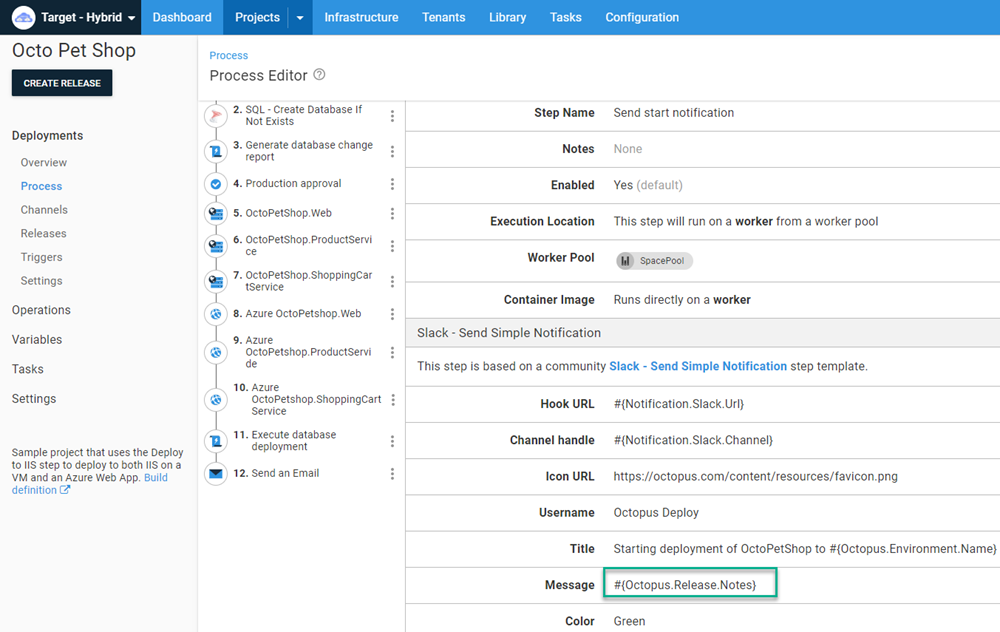 Since each package was tagged with the build information, the message will look like this:

Without the Release Notes template (or manually entered release notes), the Octopus.Release.Notes variable is empty.

Another method of accessing the build information is the Octopus.Deployment.Changes variable. Using a Run a script step, you could iterate through the changes, constructing a message and set an Output Variable:

Using a Send an email template, you can set the Body of the email to the value of the output variable. 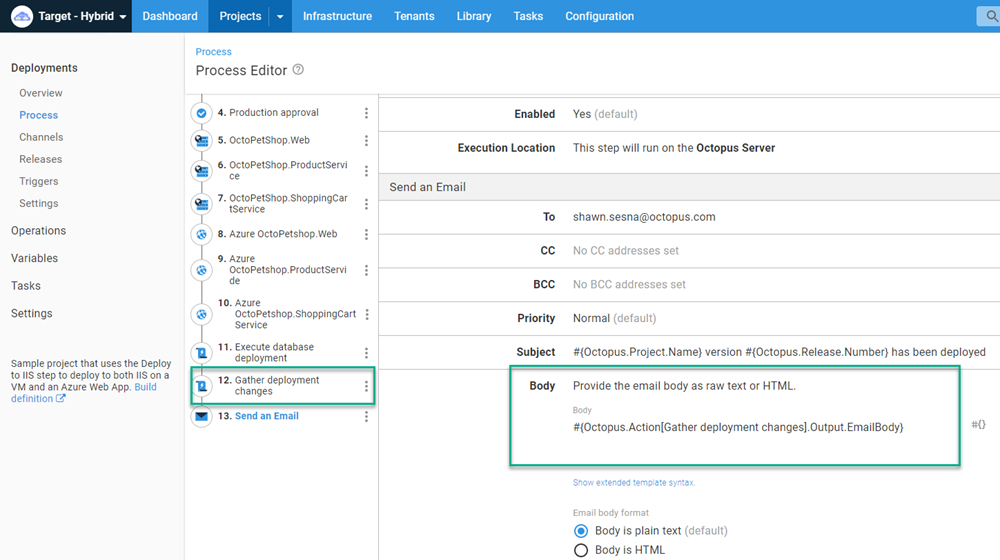 This will allow you to send an email to stakeholders informing them of the progress of the deployment. 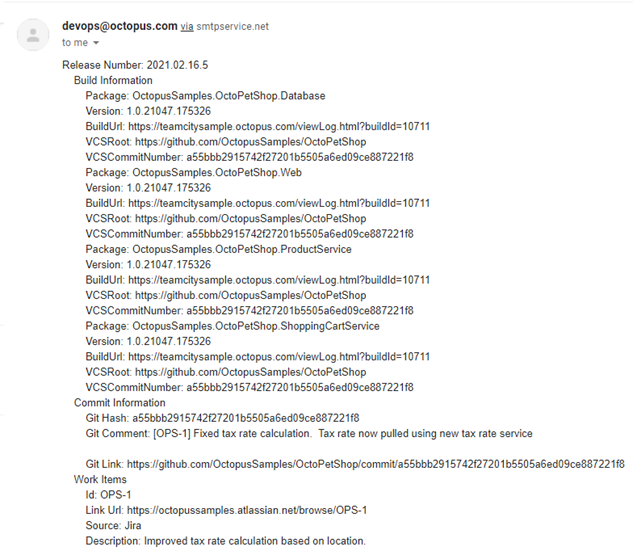 Including build information in Octopus Deploy can be an incredibly powerful communication tool. I hope this post demonstrates the different ways it can be used in your CI/CD pipeline.

Explore the DevOps engineer's handbook to learn more about DevOps and CI/CD.