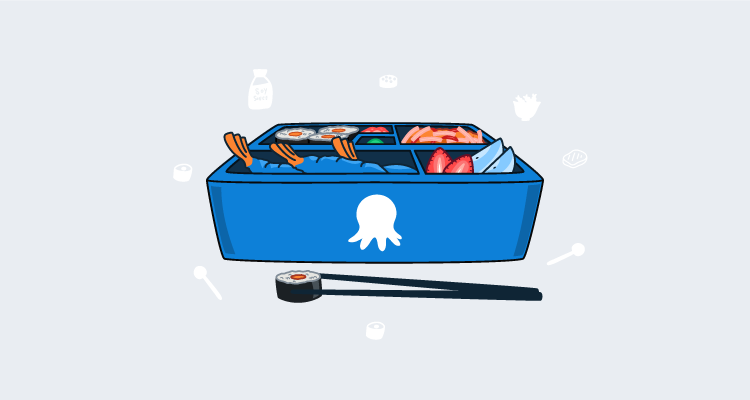 The 2021 Q2 Octopus Deploy release includes a new feature that makes it possible for projects to be exported and then imported into another space, giving you more control over how you organize your Octopus instance. This also allows you to easily move your on-premises Octopus projects to Octopus Cloud.

During development we referred to this as Project Bento, as the goal was a portable container for your Octopus projects.

Octopus 2019.1 introduced Spaces, a way to partition your Octopus Server.

We didn't include the ability to move projects between spaces though, because the functionality was complicated to design and build. The demand for this has been consistently strong, with the feedback being that Spaces was less valuable without a way to partition existing projects into new spaces.

Our Customer Solutions team stepped up to fill the gap with the Space Cloner project, a collection of PowerShell scripts to help with copying between spaces. This was useful in many cases, but there were limitations because it operated via the HTTP API, as opposed to being in-the-box.

The 2021 Q2 release introduces the ability to export and import projects as a fully-supported, in-the-box feature.

You can select one or more projects to export, and you need to provide a password to encrypt the exported data, as the export will include sensitive variables.

The export runs as a task, and results in a zip file which can be downloaded.

The zip file can then be imported into another space on the same Octopus Server, a different server, or even an Octopus Cloud instance. 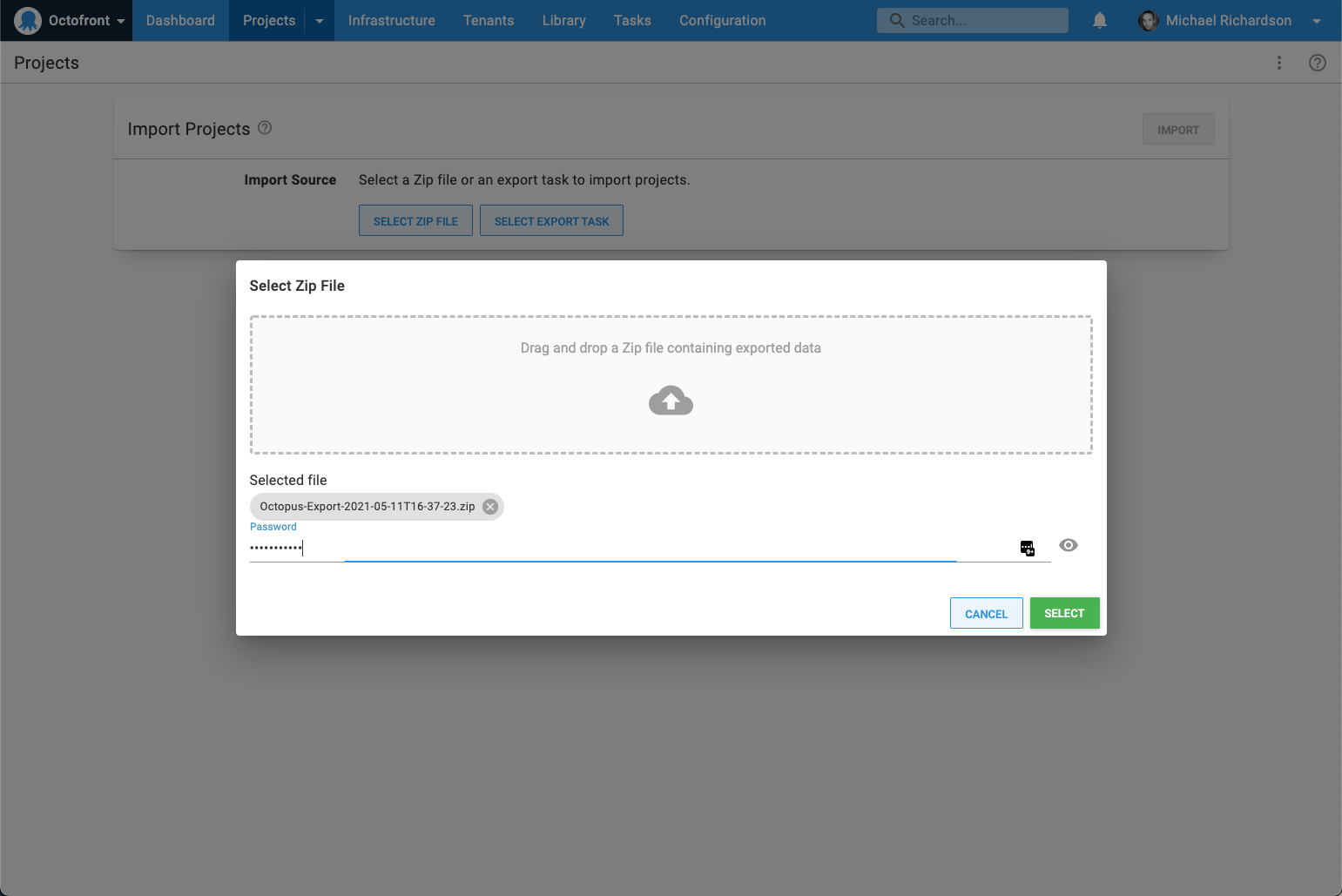 Similar to the export, the import runs as a task (large exports can take some time).

The selected projects are included, along with everything they require:

It's also important to note what's not included:

When to use the Project Export/Import feature

This first iteration of the Project Export/Import feature was designed primarily for one-time import/exports of a project. This is useful in the following scenarios:

This iteration does not address repeatedly moving a project between spaces, for example to test upgrades or promote a project to a secure, segregated Octopus instance.

These scenarios are different in subtle but significant ways, often requiring different variable values, lifecycles, tenants, etc., to be maintained between the instances. We have laid the foundations with this feature to support these scenarios, and hope to do so in a future release. In the meantime, the migrator utility remains a valid option.

The Project Export/Import feature is available in Octopus Cloud instances now, and is part of the 2021.1 release available from the Downloads page.

The feature is currently an early-access release, and we're very keen to hear your feedback. We hope this makes migrating projects from self-hosted to Octopus Cloud simple and smooth.