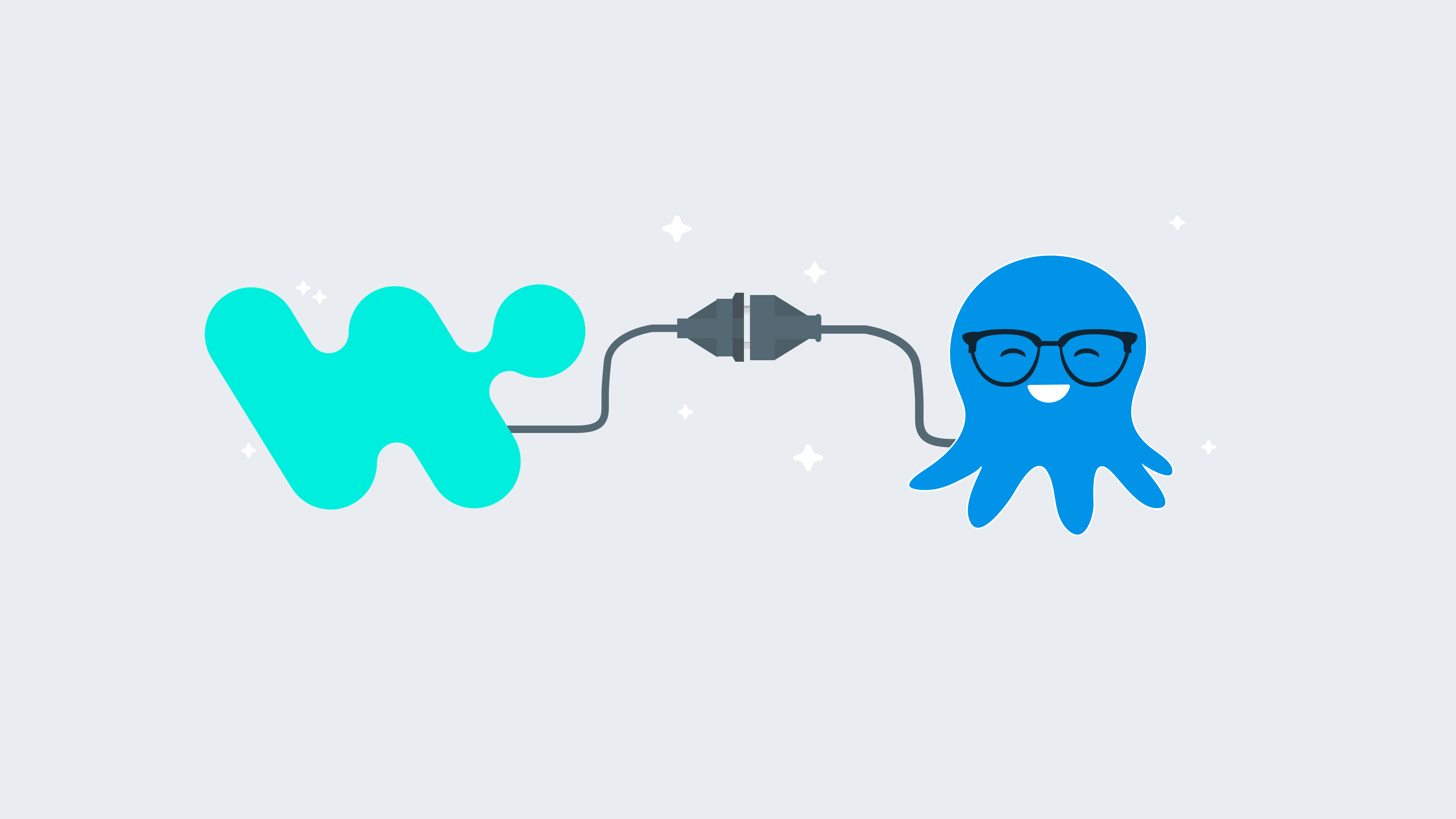 Workato is an enterprise Integration Platform as a Service (iPaaS) that helps you to build workflow automations. You construct workflows through a low-code/no-code visual designer, supporting hundreds of different platforms and systems. Built in Ruby, Workato connectors are defined as a JSON configuration and registered through the Workato development environment.

We know IT teams still play a significant role in workflow automations, but product teams and business operations teams are becoming more involved. This requires quick implementations, which can be optimized with Workato's low-code interface.

The Workato connector for Octopus lets you quickly integrate Octopus with your workflows. It supports performing numerous actions with Octopus Deploy, including:

Additional actions can also be added to the connector if you need them.

Learn more about the Octopus 2021.2 (Q3) release in our release announcement.

Creating workflows in Workato with the Octopus Deploy connector is simple: 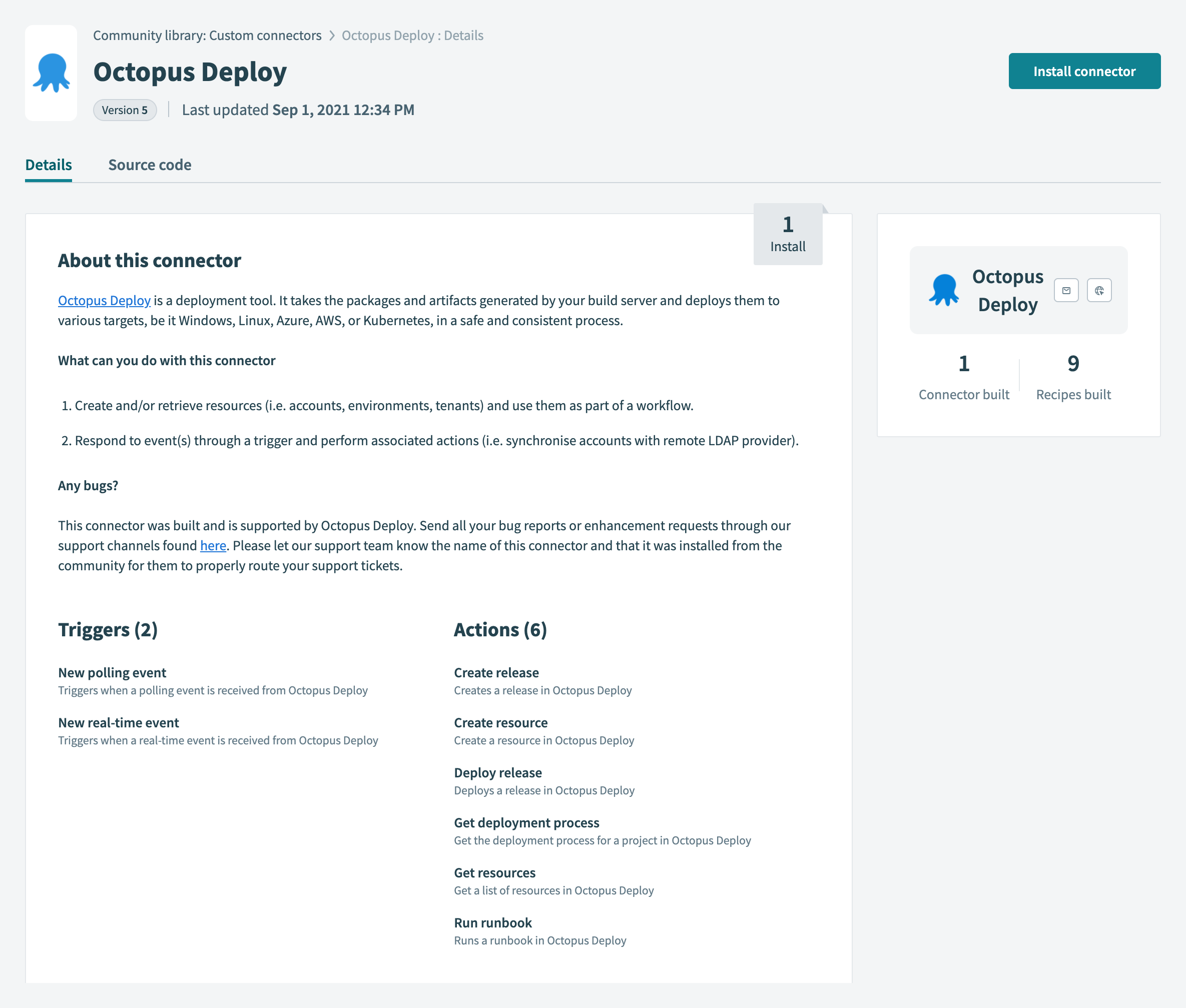 After creating an API key, you need to establish a connection between the Octopus Deploy connector in Workato, and the instance of Octopus you wish to integrate in a workflow: 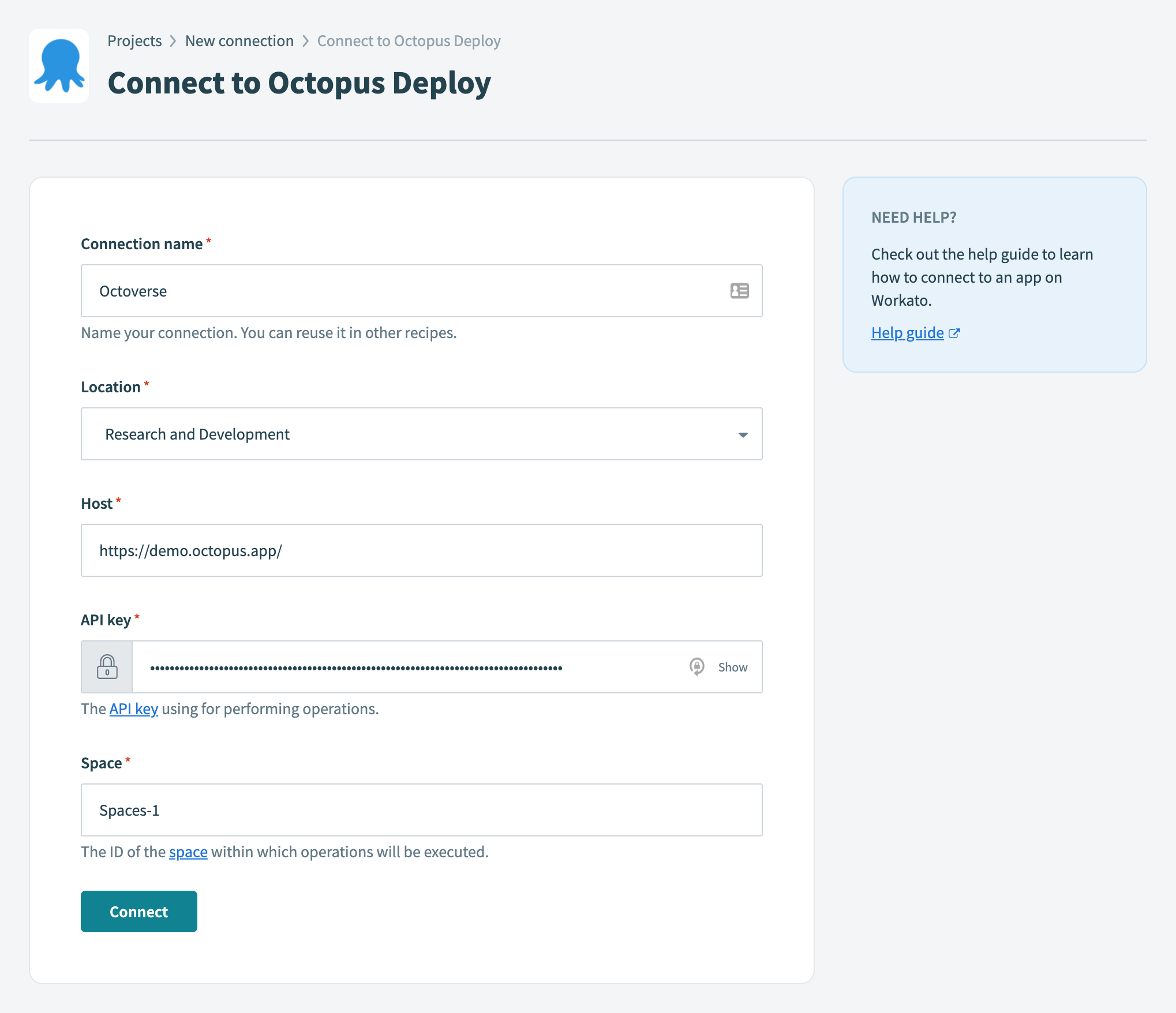 The host address is the URL that points to Octopus Deploy. Make sure you include the space you want to target in the configuration.

After you click Connect you can start creating workflows in Workato.

Workato is a flexible and powerful integration platform and you can build endless workflows to suit your team's needs. The following are two examples of what's possible, and we're keen to see these used in real world environments.

A workflow used frequently by customers is to notify a Slack channel when a particular event occurs in Octopus Deploy: 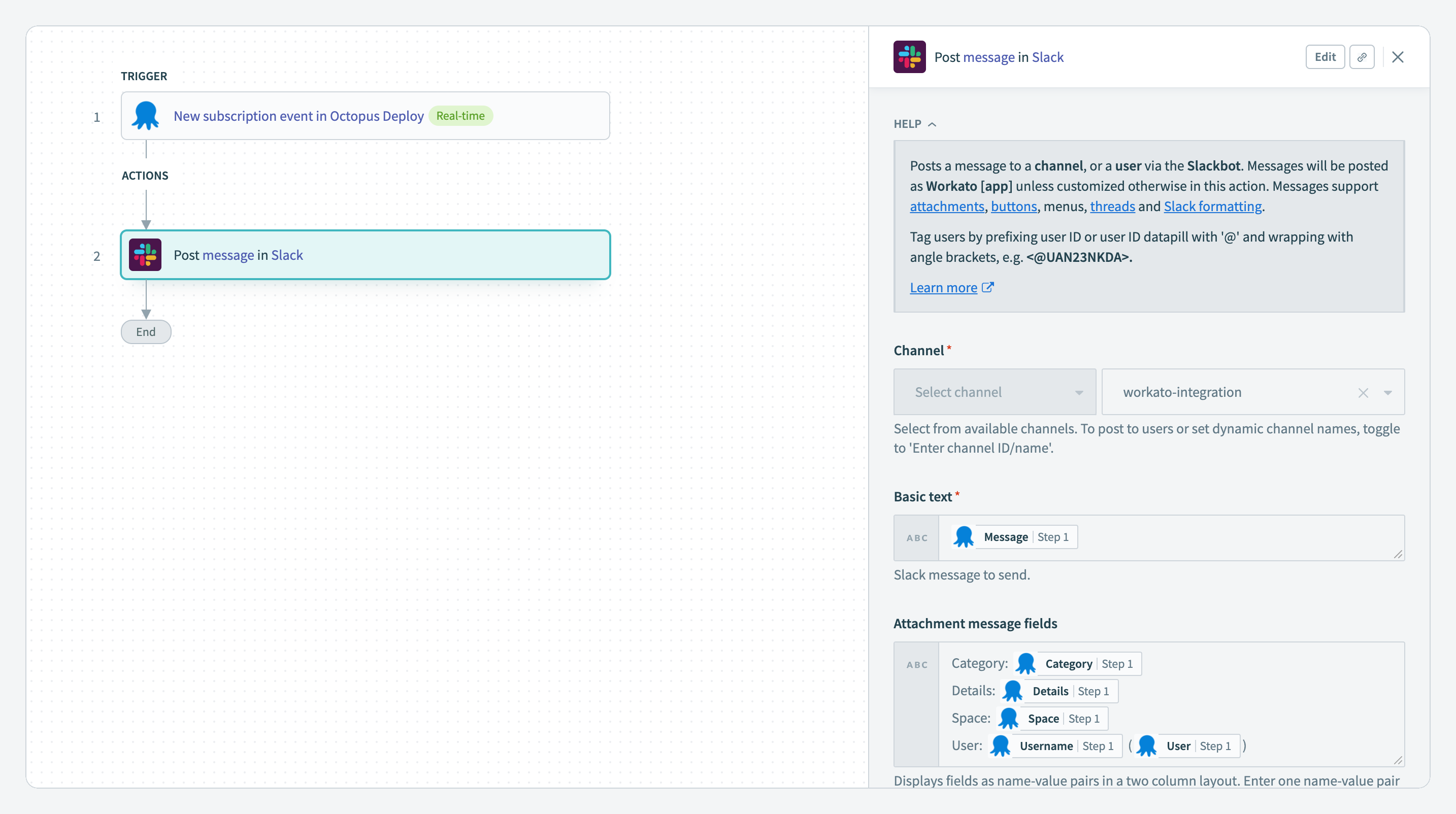 This is achieved through the new subscription event trigger that responds to real-time events raised by Octopus Deploy. When this occurs, a Slack channel is notified with details of the event (for example, new deployment created).

This scenario provides a more elaborate example of the kinds of workflows you can create with Workato: 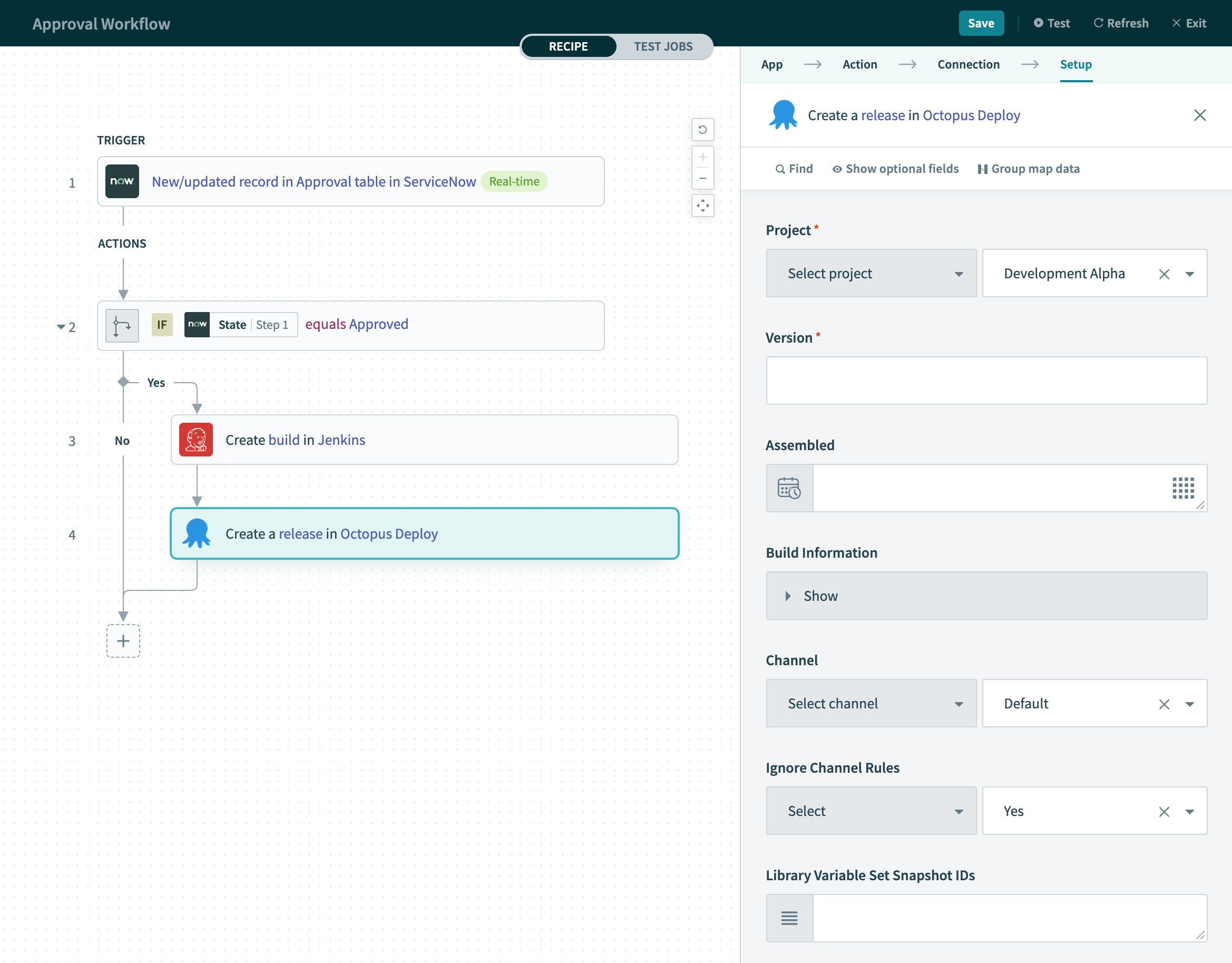 In this workflow, real-time approval events from an instance of ServiceNow trigger a series of actions. Specifically, a build in Jenkins starts, followed by the creation of a release in Octopus Deploy. Conditions may be checked and used to drive decisions as part of the workflow. These are similar to control flow statements like if-then-else statements in programming languages.

Workato's automated recipes allow you to construct workflows through a visual designer, providing a low-code tool for system integrations.

As well as triggering a runbook automation in systems such as Slack, Microsoft Teams, Jira or others, Workato makes it easy for Octopus and Workato users to publish updates to other systems after development, test or production deployments. These could be simple notifications, or update tickets in third party systems.

The power of Workato is its ability to easily integrate other systems with Octopus Deploy.