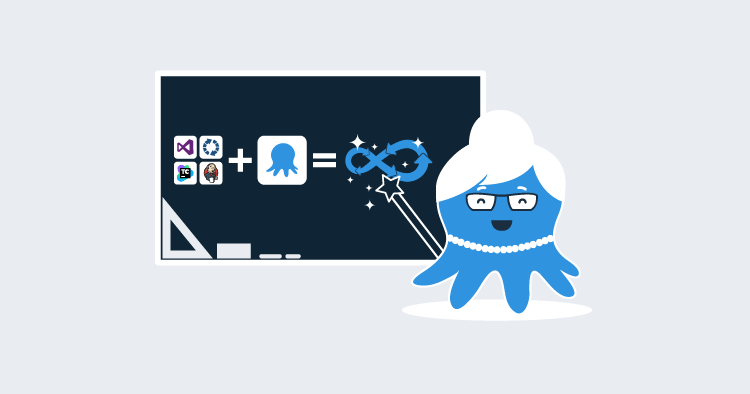 Octopus Deploy integrates with popular build servers such as Azure DevOps, Jenkins, and TeamCity, and the available plugins make it easy to package artifacts and push those artifacts to Octopus, create releases, and initiate deployments. You can also include release notes and commit information with the build, referred to as build information.

Unfortunately, there aren’t plugins for every type of build technology, but because Octopus is built API-first, we can use the API to submit build information programmatically.

Let’s use GitHub as an example of using the API to submit build information when there isn’t a build server in the mix. My xCertificatePermission repo has a release created with a version of 1.0.0. Since there wasn’t a build server involved in creating this release, there isn’t a plugin for me to use to push the build information from GitHub to Octopus Deploy for this release.

As previously mentioned, Octopus Deploy is written API-first, so I can use the /api/build-information API to push the build information into Octopus Deploy. On the System Variables documentation page, there is a section specifically for Build Information which shows the basic information that can be included with the API call. Additionally, the Swagger documentation displays the return JSON, which gives us a little more information as to what the payload should look like:

Unfortunately, both of these resources do not paint a complete picture as to how to set up the payload for the API call.

What’s missing from the examples is the OctopusBuildInformation hash table that encapsulates some of the other properties for the payload. For my xCertificatePermission example, here’s what the payload looks like:

As you can see, the BuildEnvironment, VcsCommitNumber, VcsType, and VcsRoot elements are actually embedded within OctopusBuildInformation. With the well-formed JSON, we can invoke the API:

With the build information pushed to Octopus Deploy, it now shows up in the release along with the commit hash.

The plugins know exactly what needs to be passed for everything to work correctly. This can sometimes obscure problems encountered when attempting to write it yourself. Below are some common issues that customers have encountered while trying to construct the build information.

Commit links not showing up

In the event that your commit links are not showing up or working, make sure you have set the VcsType to either Git or TFSVC. If it is unknown, Octous Deploy won't know how to set it up properly.

Octopus Deploy dynamically determines what work items are associated with a build and or commits by use of a configured Issue Tracker integration. The above Swagger reference shows a work items array in the return of a POST, however, the work items array is NOT part of the POST payload. Even if it is supplied as part of the payload, Octopus ignores it.

In this post, I showed you how to use the API to submit Build Information to Octopus Deploy.