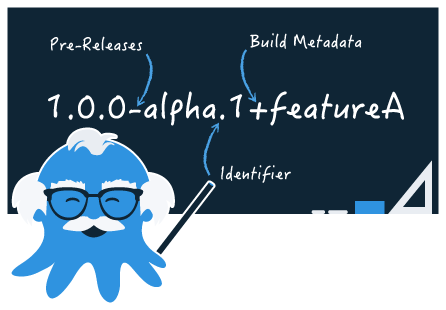 The significant changes in SemVer 2.0.0 relate to:

In SemVer 1.0.0, the pre-release version was restricted to alpha-numberic characters and dashes [0-9A-Za-z-].

The major limitation of this comes as a result of clause 4 in the Semantic Versioning Specification:

Suppose you have multiple versions of the alpha pre-release mentioned above:

A common work-around was to use something similar to 1.0.0-alpha0001. Not exactly elegant right? Oh yeah, and NuGet restricted the pre-release tag to 20 characters. So this solution was less than ideal.

From the Semantic Version 2.0.0 Specification clause 9:

A pre-release version MAY be denoted by appending a hyphen and a series of dot separated identifiers immediately following the patch version. Identifiers MUST comprise only ASCII alphanumerics and hyphen [0-9A-Za-z-].

In other words, we can have

And precedence works as you would expect:

In some cases, they were used for versioning (as mentioned above). In other cases they were used to attach metadata to the version. For example, a common pattern we saw from our customers was using the pre-release tag to indicate the code branch.

e.g. A package version of

would indicate the package was built from the featureA code branch.

SemVer 2.0.0 introduces build metadata. From clause 10 of the spec:

Build metadata MAY be denoted by appending a plus sign and a series of dot separated identifiers immediately following the patch or pre-release version. Identifiers MUST comprise only ASCII alphanumerics and hyphen [0-9A-Za-z-].

This adds a component of the version that is explicitly used to attach metadata.

This is essentially a component of the version free from any pre-defined semantics. It is yours to assign whatever meaning you wish. The only interpretation Octopus Deploy applies is equality. i.e. 1.0.0+featureA != 1.0.0+featureB != 1.0.0.

Is is important to note that the metadata component is not considered when determing precedence. For two versions that differ only by metadata, their precedence should be considered undefined.

Within Octopus Deploy, you are now able to use SemVer 2.0.0 versions for Release Numbers. 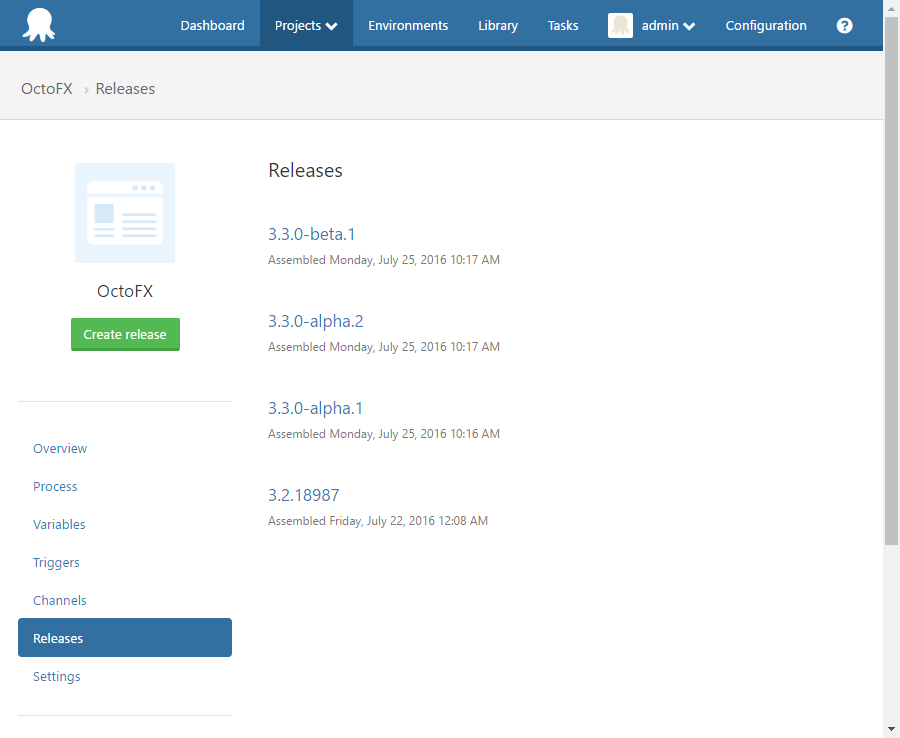 Octopus Deploy 3.4 will also allow you to use packages versioned using SemVer 2.0.0. 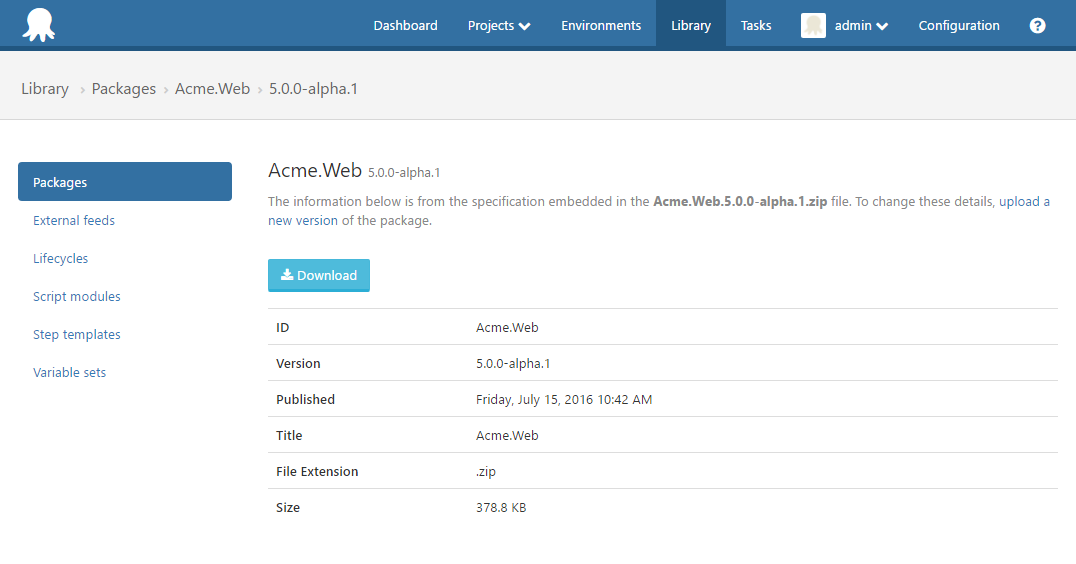 The NuGet team intend to add SemVer 2.0.0 support at some point.

This means that support will also be available to the 'Package' tasks of our various CI plugins (e.g. TeamCity, TFS).

These packages can be pushed to the built-in Octopus package repository. MyGet also accepts packages with SemVer 2.0.0 versions.

As of the publish-date of this post, we haven't implemented the ability to create SemVer 2.0.0 packages to OctoPack (OctoPack currently invokes NuGet.exe directly). If this is something you particularly want, please provide us with that feedback.