If you've been following technology news recently, you will have seen that Google announced a new attack that makes it practically possible to generate SHA1 hash collisions.

The risk seems to focus on areas where certificates are used for digital signatures, not encryption. So far we haven't seen any clear reports that this applies to SSL/TLS - my understanding is that there's a risk someone could make a fake certificate and it could be "trusted" as if it were a real one, but not that SSL/TLS data could be decrypted. Of course, I'm no expert!

Either way, SHA1 has been on the way out for some time, and certificate authorities stopped issuing SHA1 certificates quite some time ago. This is just another nail in the coffin for SHA1.

In this post, I want to explain what this means for Octopus, and provide some PowerShell scripts to see whether the apps you deploy are impacted.

Octopus and Tentacle currently use SHA1

When you install Octopus and the Tentacle agent, they both generate X.509 certificates that are used to encrypt the connection between them (via TLS). When we generate these self-signed certificates, we use SHA1. This is the default setting of the certificate generation function that we call in the Windows API, and not something we ever thought to change.

Other things you should check

You'll want to check whether SHA1 is being used in other places. Common examples for Octopus users might include:

Given an X509Certificate2 object, here's a PowerShell function that checks whether it uses SHA1:

Here's a PowerShell script that you can use to check whether a website is using a SHA1 certificate. Kudos to Jason Stangroome for the initial implementation of Get-RemoteSSLCertificate:

And here's a script that checks whether your IIS server is using any SHA1 certificates:

You can easily run this in the Octopus Script Console across all of your machines: 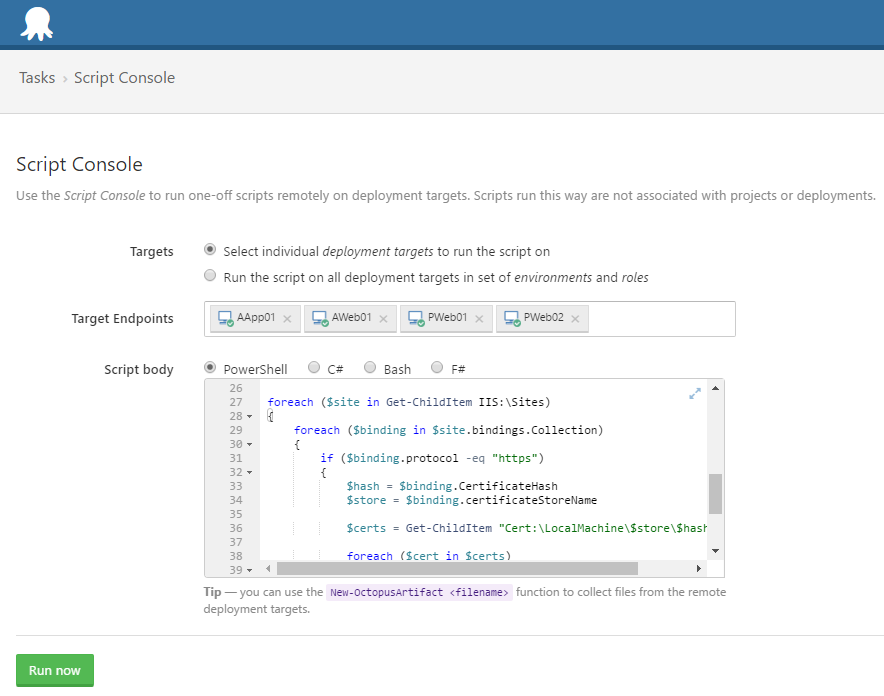 This is a good time to give a shout out to the new certificates feature in Octopus 3.11. If you're going to be updating your web site certificates anyway, why not use Octopus to manage them? 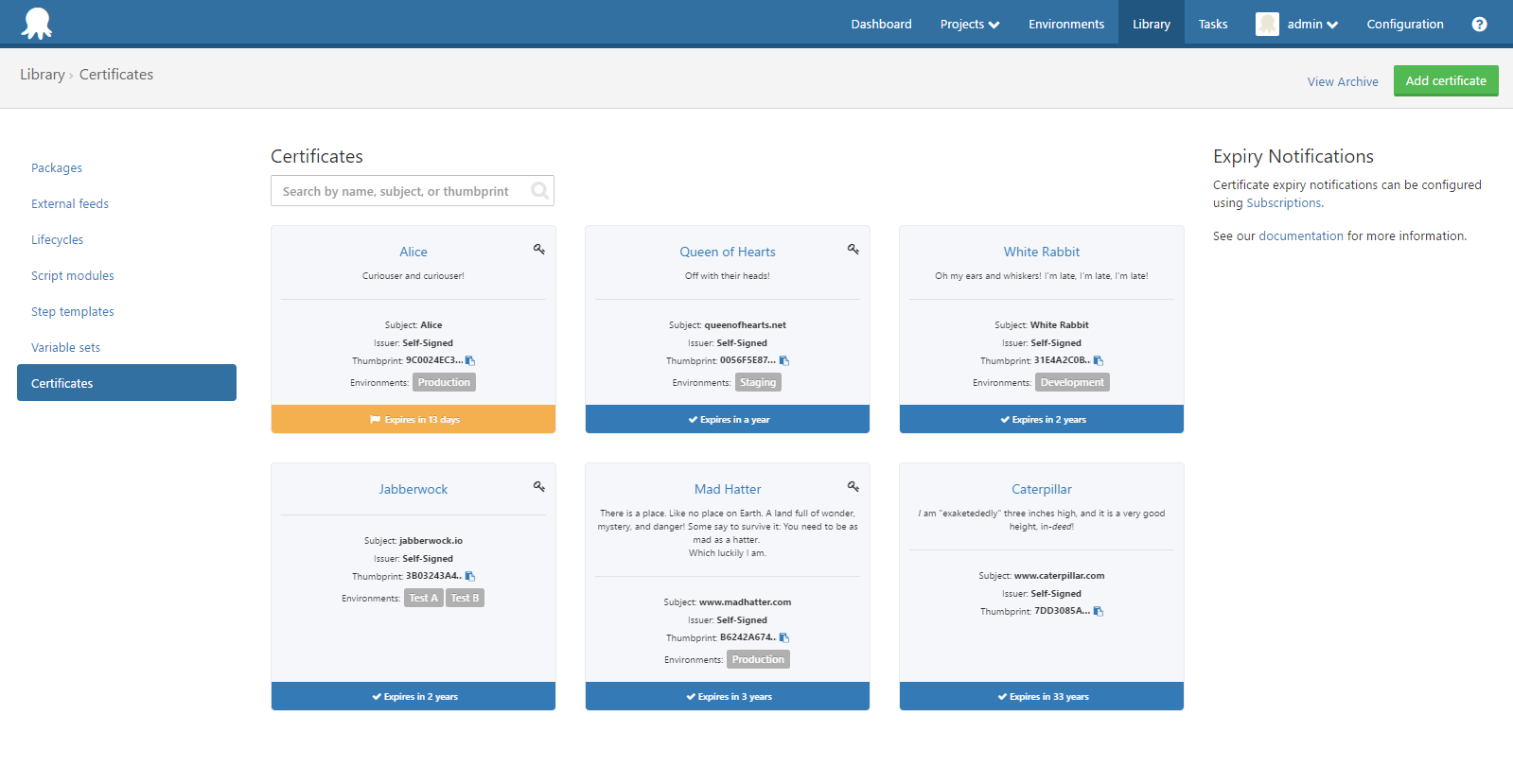