There are two things we need to run a Spring Boot UberJAR as a Windows service.

The first thing is an executable that Windows can actually run as the service. This is provided by the winsw project. Winsw is not specifically tied to Java, but it can be used to execute java.exe, which is all we need in order to start our Spring Boot JAR file.

In the dist folder of the project you will find a number of files.

The XML configuration file is where most of the magic happens. Inside you will find the following settings:

Since there is no authentication and no SSL on the JMX port, as a security measure the port should be blocked by the firewall.

We then have some additional settings to define what the winsw executable will run when the Windows service is stopped.

Packing up the service

To package these files up for Octopus Deploy, use the CLI tool.

This will produce a file called SpringBootWindowsService.1.0.0.zip, which you can then push to the Octopus server with the command:

At this point you can deploy the package as a traditional Windows service executing the SpringBoot.exe executable. 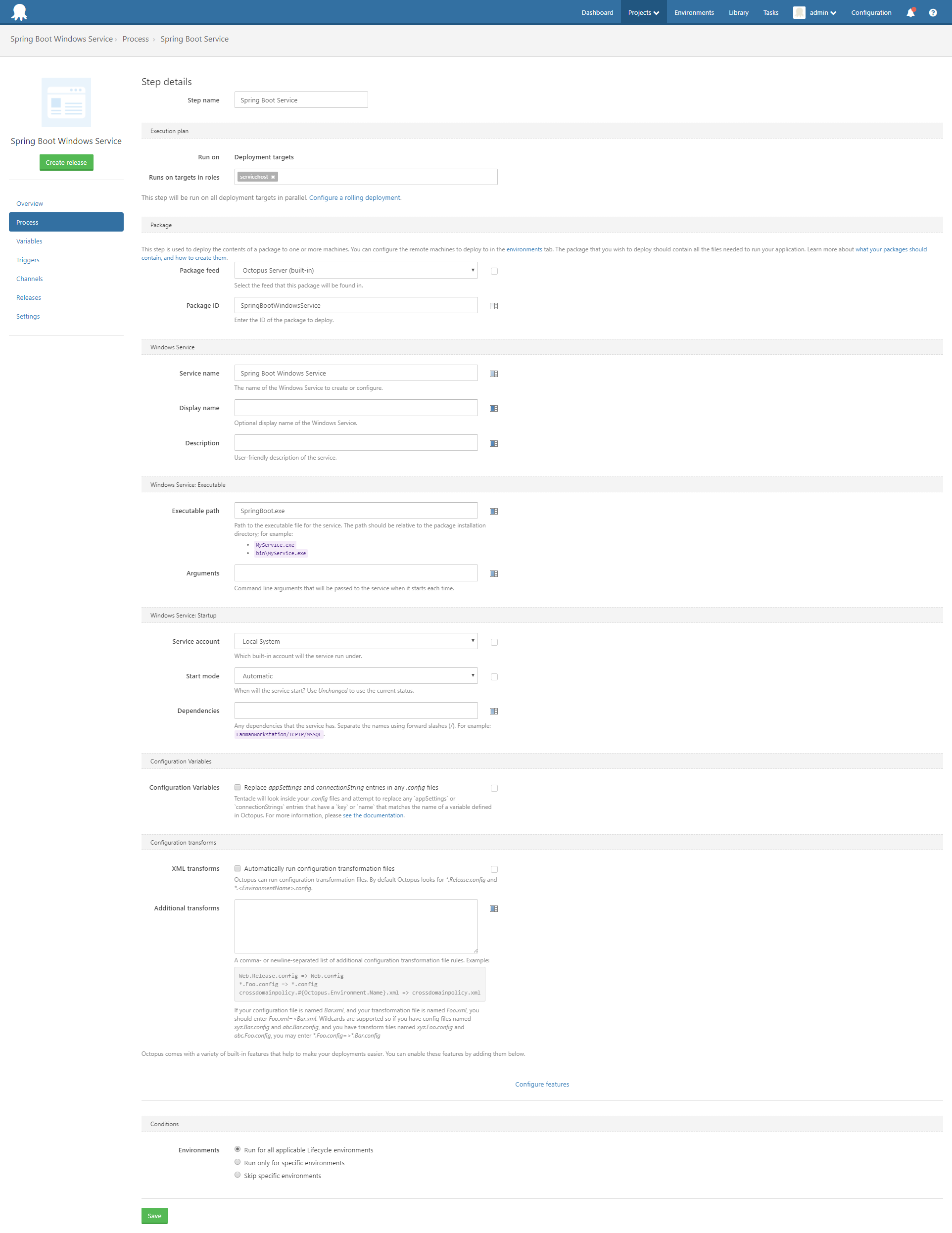 Once deployed, the service will appear like any other Windows service. 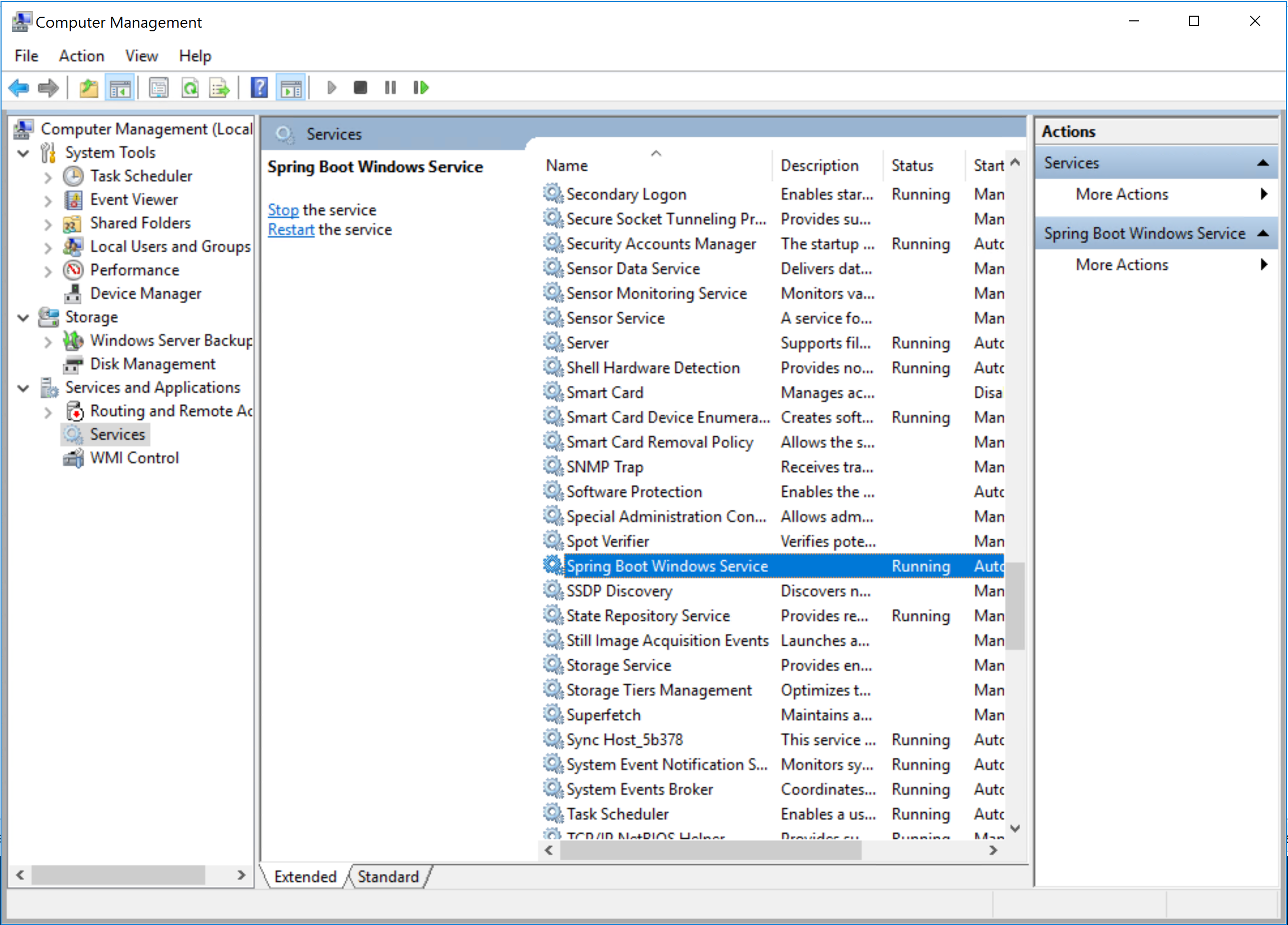 Start the service up, and open a browser to http://localhost:8080/greeting. Your Spring Boot application is now running as a Windows service!