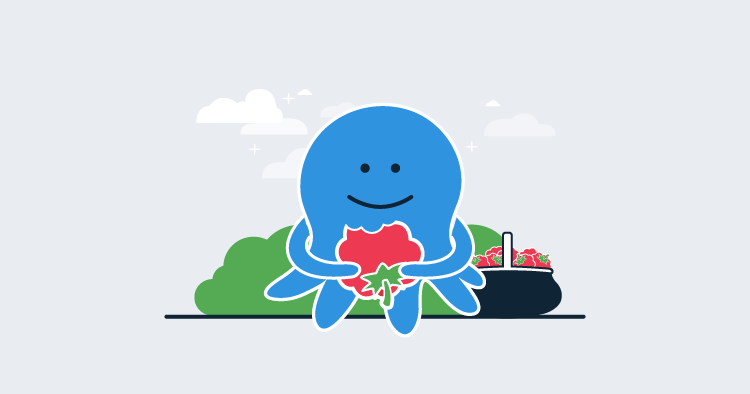 We're pleased to share that our Tentacle agent now supports ARM and ARM64 hardware. This update makes it possible to deploy your apps and services to Raspberry Pi 3 & 4, AWS A1 EC2 instances, or any ARM hardware that can run .NET Core 3.0 or later.

In this post, I'll explain why it's valuable to run Tentacle on ARM servers and how to get started.

Back in late 2019, we introduced support for ARM-based deployment targets and workers as an SSH connection option*. The Linux Tentacle has been around for a while now, but it only supported x86_64/amd64 based machines, leaving ARM adopters stuck with SSH.

Connecting over SSH is fine, but it doesn't work for everyone, such as highly secure environments where port 22 is not allowed. It also requires a direct connection, possibly through a firewall, between the Octopus Server and the SSH server.

By installing a Polling Tentacle on your ARM device, you can avoid having to open a firewall port for an SSH connection, which is especially important if you are using the Octopus Cloud service.

Feel free to check out our previous blog post, which goes into further detail about the benefits of using a Linux Tentacle for deployments rather than SSH.

Running your workloads on ARM hardware has some benefits:

Comparison between ARM and x86

* Technically, it was available earlier than this but there were some awkward hoops you had to jump through.

All the instructions for configuring Tentacle on Linux are available in our docs, but I'll provide a walk-through of the steps. At the end of the walk-through, we'll have a Raspberry Pi inside a private network, connected to an Octopus Cloud instance.

For this example, I'm running Fedora 33 Server on a Raspberry Pi 3B+ and have signed up for an Octopus Cloud instance.

You can also run the Linux Tentacle agent on a Raspberry Pi with Ubuntu 18.04 or later, or Raspbian Buster.

Installing the Tentacle package is straightforward:

At the end of the installation, you will see the following message:

There are sample scripts available in the Linux Tentacle documentation if you need to make an automated, repeatable install, but for now, we will run the configuration script and mostly just accept the defaults.

For this example, it is important to select Polling (2) for the kind of Tentacle. The Polling Tentacle will make a connection out to the Octopus Server so we don't need to open up any additional ports in the firewall:

After the script has finished configuring the Tentacle, you will be able to see the Linux Tentacle in the Deployment Targets page on your instance.

The Tentacle in action

Next, we'll run something against our new Tentacle.

For this step, I am going to set up a new project and configure a runbook to install the latest package updates.

In your instance, create a new project, I called mine Pi 🥧 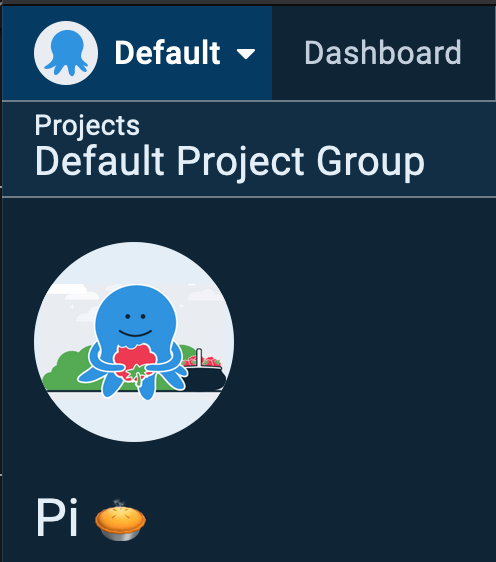 I then created a new runbook called Upgrade it! and added a single script step containing:

The step is configured to run a bash script against the role pi, which is the role I specified in the configuration script earlier. 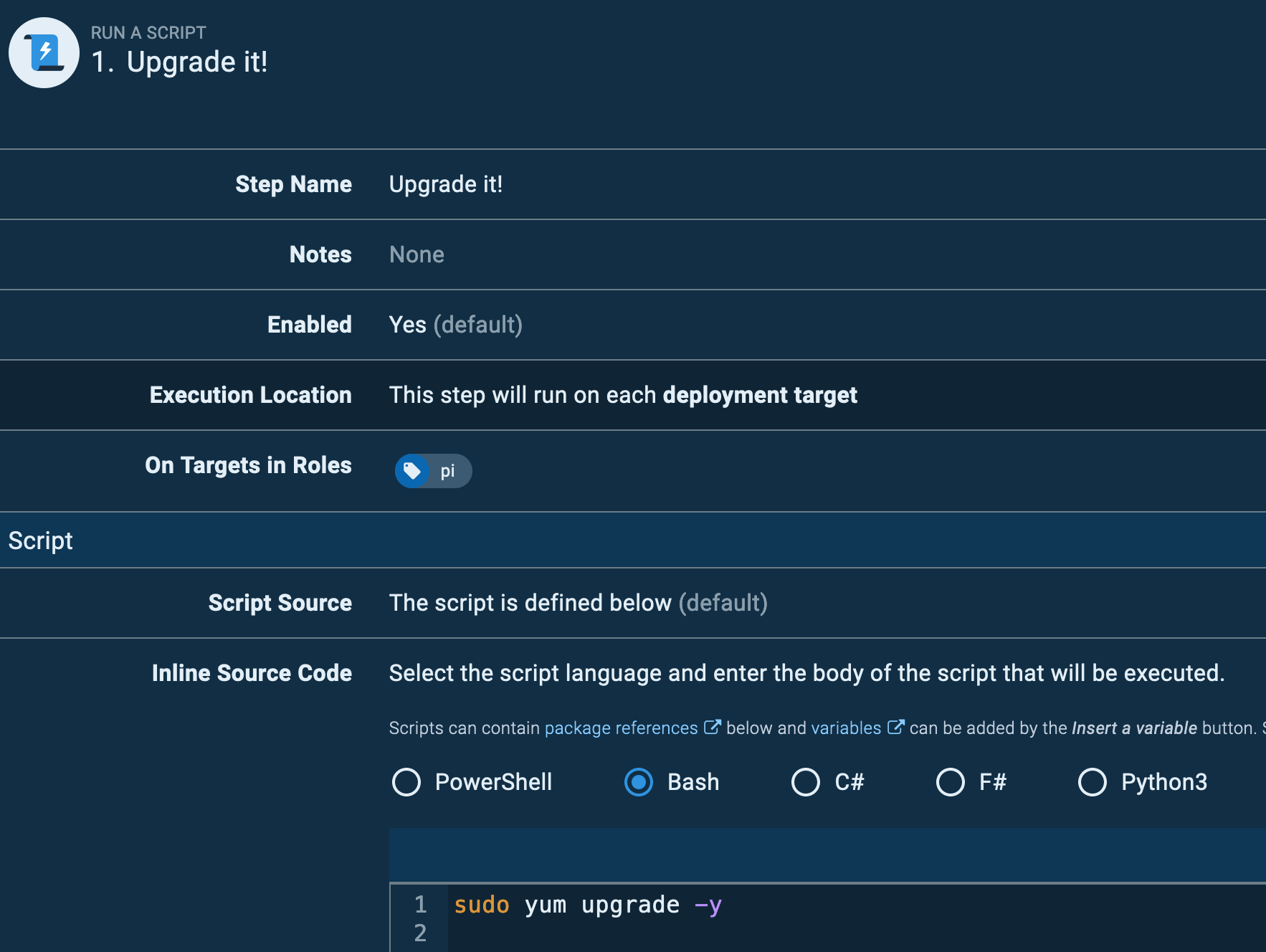 Running against a role, means you could have many targets with the same role and the execution will run against each of them. Add a schedule trigger and you have yourself a real DevOps process.

This is a simple example, this could also be a runbook that updates PiHole (pi-hole -up) on a Raspberry Pi, or cleans up Docker images (docker images prune --force), or a deployment project that deploys the latest version of an in-house Python application to remotely located IoT monitoring devices.

There are many reasons you might use ARM hardware from cost savings to performance or remote IoT devices. Being able to connect them to an Octopus instance via Tentacle allows you to deploy application updates to them or manage them using our Runbooks feature to centralize management of the operating system and applications. The Polling Tentacle has the added benefit of avoiding complex firewall configurations and exposing SSH ports across the public Internet.

Octopus 2021 Q4: Deploy to ECS with our guided UI step