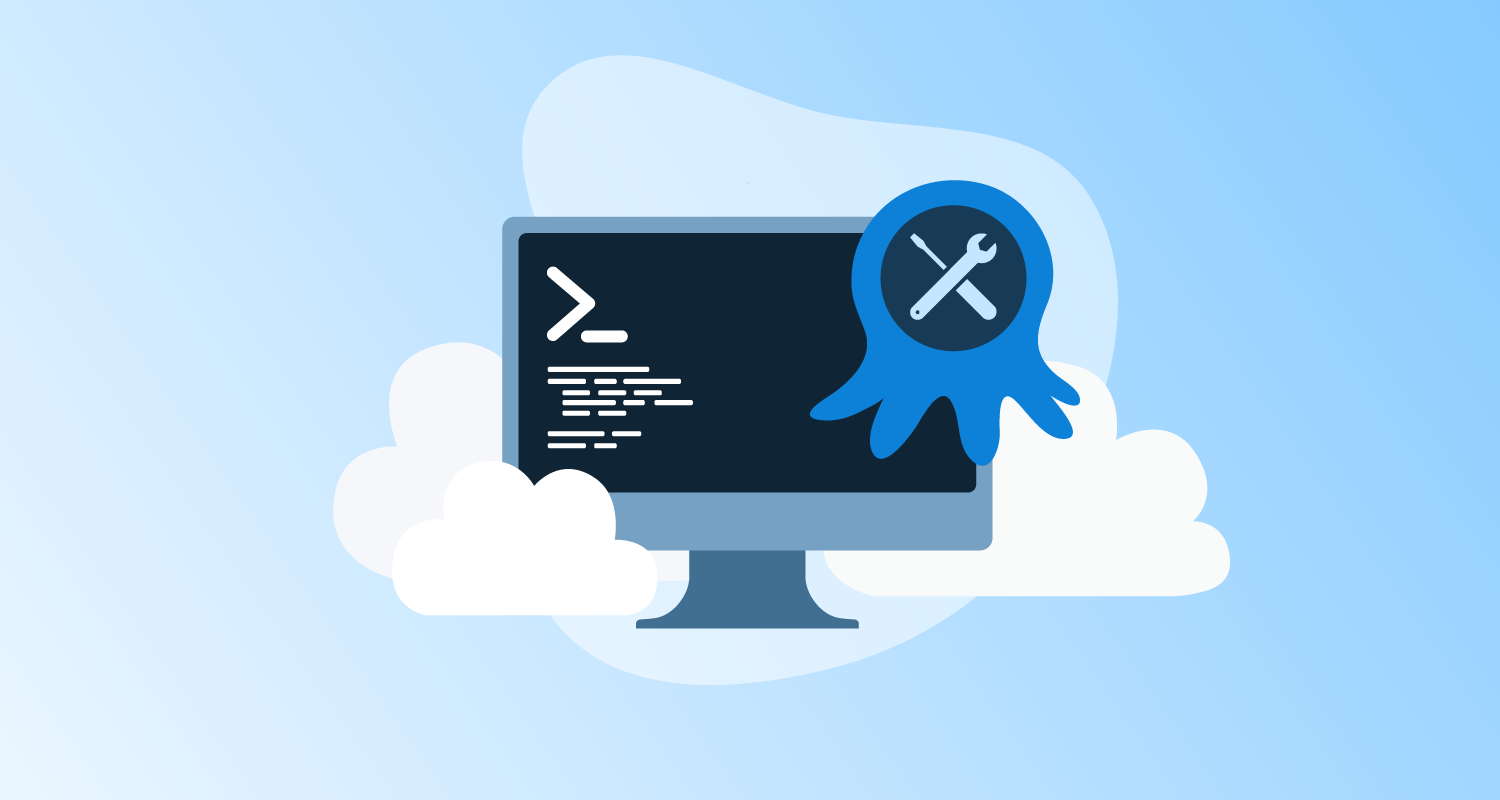 The Octopus command-line interface (CLI) has served us well for many years. However, it has some limitations we want to address.

The state of the Octopus CLI (octo) 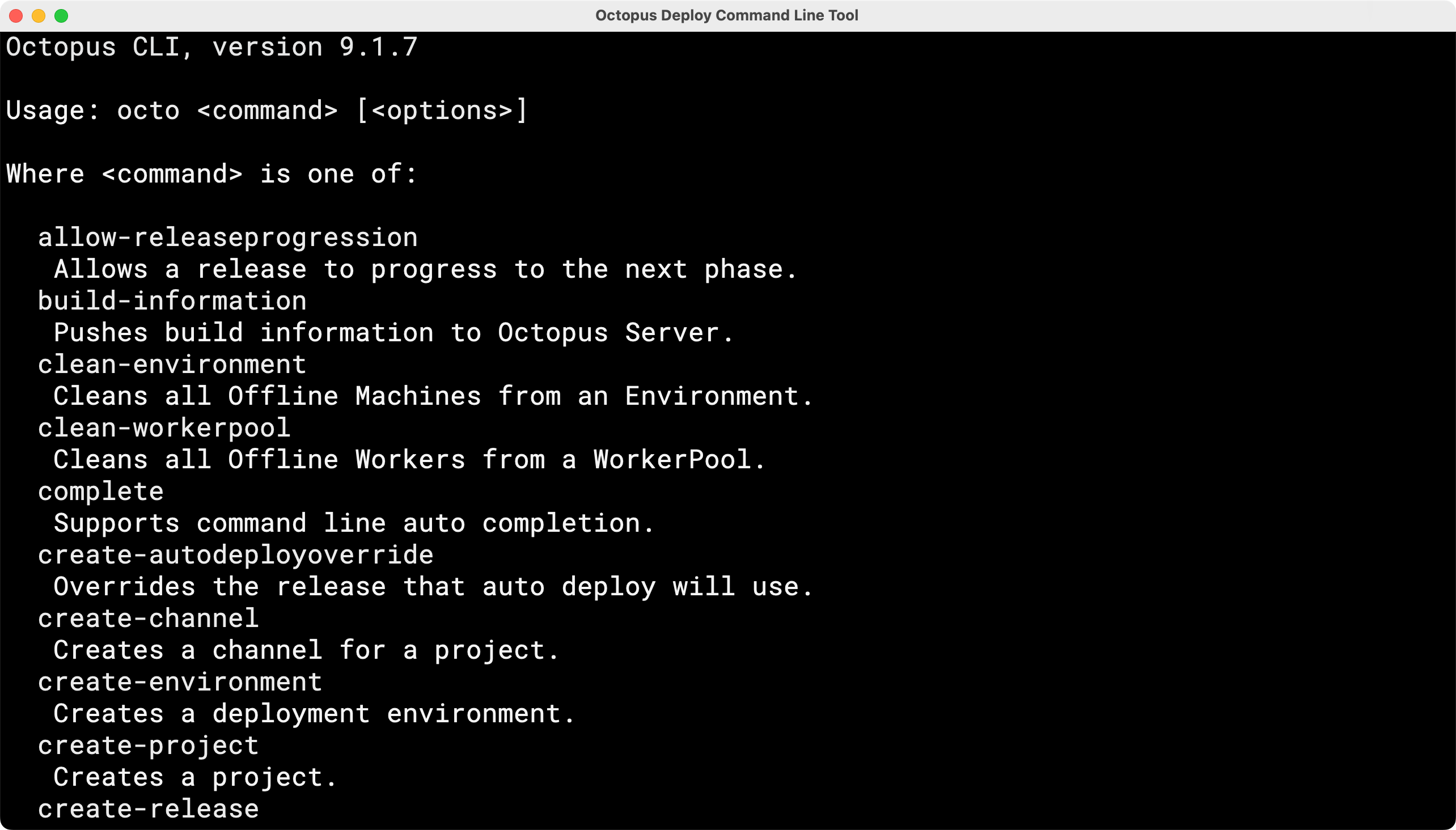 The Octopus CLI (octo) is built on C# and relies heavily on the OctopusClients .NET library. It provides commands to facilitate the automation of deployments and runbook execution. Notable commands include:

Although the Octopus CLI has served us well for many years, we want to address some of its limitations:

We wrestled with whether or not to continue building out the capabilities of the Octopus CLI and incorporate the changes we wanted to make to move things forward. After careful consideration, we decided to start fresh without the constraints of 10+ years of design decisions that the Octopus CLI has baked in. This decision also mitigates the challenge of updating the Octopus CLI and exposing ourselves to downstream problems with our existing integrations. We wanted to be more opinionated and focused on customer-centric workflows that we often defer to our API. 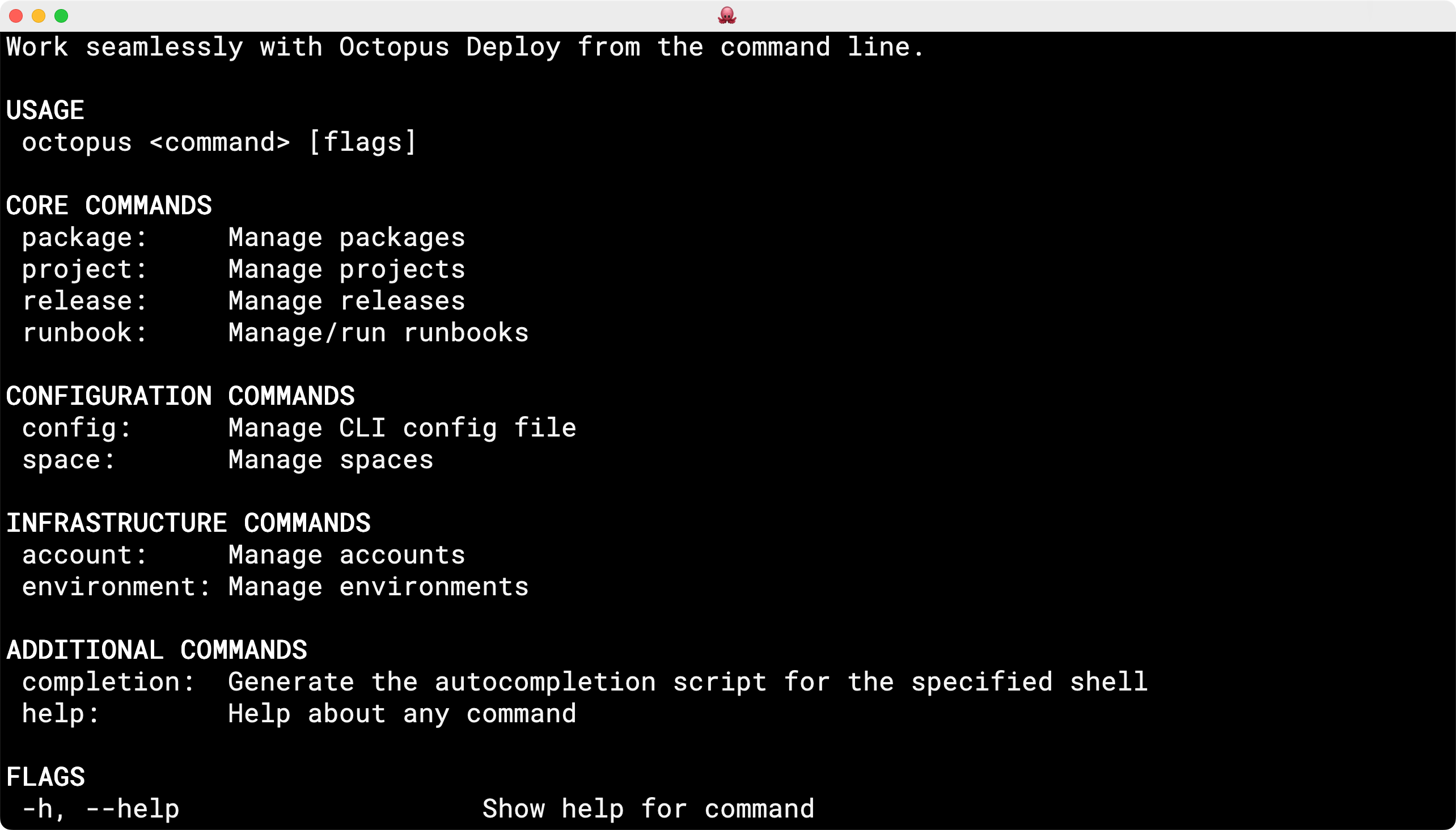 The new Octopus CLI (octopus) represents an evolution of the Octopus CLI. For starters, the number of available commands will be significantly expanded. The new Octopus CLI will grow to support operations for managing resources like accounts, lifecycles, projects, and spaces. It will also feature a new capability for user interaction – we're proponents of the Command Line Interface Guidelines, which advocates this capability. This feature is designed to guide users through a series of questions to perform the operation they want in the easiest way possible:

An interactive CLI will guide both first-time and experienced users down a path to the outcome they want. That said, the new Octopus CLI will support automation as its primary use case.

The new Octopus CLI is based on the Go programming language. The language and its supporting libraries are ideally suited for building a CLI. We also want to use this opportunity to improve the Go API Client for Octopus Deploy, which underpins the Terraform Provider for Octopus Deploy.

Why use Go to build a CLI?

Go is a highly-concurrent language that's well-suited for building a CLI. The Go API Client for Octopus Deploy was also built to support the Terraform Provider for Octopus Deploy. It's been put through its paces.

Finally, Go lends itself to a small runtime footprint through multi-platform support that's based on C++. This provides a small executable file size and a small set of requirements on the target environment – this combines to support scenarios where customers wish to use the CLI with Bash (for example) via curl.

We need your help

We want to build a CLI that customers love to use, so we'd be grateful for your feedback. We'd love to hear the scenarios you want us to support.

You can track our progress building the CLI by following the cli repository on GitHub. Please feel free to watch or star the repository for updates. We've also started publishing distributables to popular package repositories like Chocolatey and Homebrew.