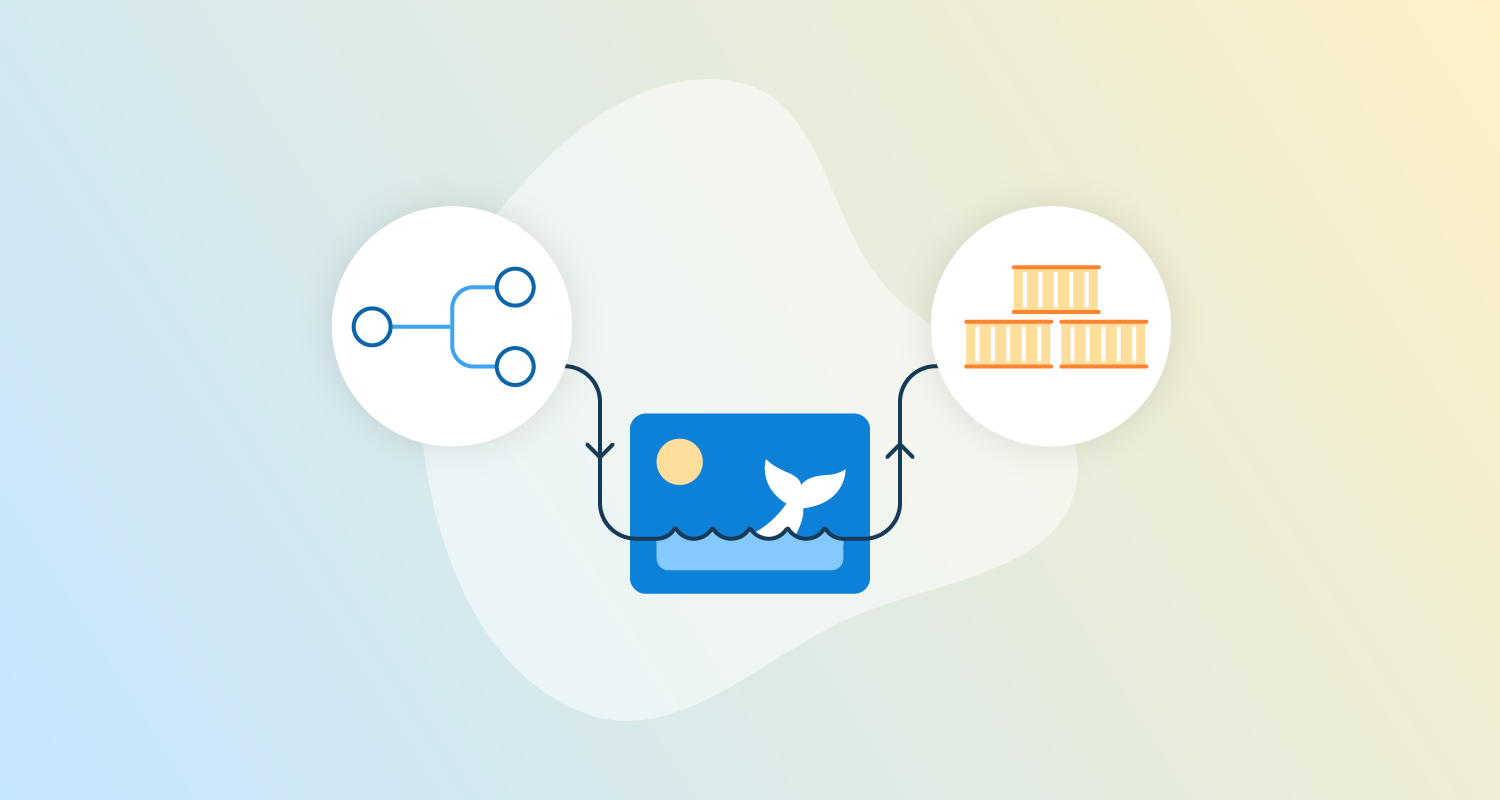 GitHub Actions uses workflows so that you can include DevOps processes in any GitHub repository. GitHub Actions lets the build repository interact with various services in a deployment process. Commonly, a codebase will be built and pushed into a container registry for deployment later.

In this post, I show you how to build and push the Octopus Deploy underwater app to Amazon Elastic Container Registry (ECR) using GitHub Actions.

This post uses the Octopus underwater app repository. You can fork the repository and follow along. Alternatively, the github-ecr branch contains the template files you need to complete the steps in this post. You have to replace some values with your own, but I've included my values in this post as a reference.

To set up AWS for GitHub Actions, you need to create an access key and an ECR repository to store the image.

To create an access key, go to Amazon Console, then IAM , then Users, [your user], then Security credentials, and then Create Access Key.

Your browser downloads a file containing the Access Key ID and the Secret Access Key. These values are used in GitHub to authenticate to Amazon.

To create a repository, go to the Amazon Console, then ECR, and then Create Repository.

You need to set up an image repository for each image that you publish. Give the repository the same name you want the image to have.

You will see your repository under Amazon ECR, then Repositories. Make a note of the zone it's in, in the URI field.

In this post, you build the Octopus Deploy underwater app repository and push it to Amazon ECR. You use these images in later blog posts.

Fork the repository at https://github.com/terence-octo/octopus-underwater-app-docker.

Go to Settings, then Secrets, and then New repository secret.

Create a file named main.yml in the .github/workflows directory of the root folder. Paste the following code in the main.yml file:

GitHub starts an action by using a push or pull request on the main branch. The steps check out the code, authenticate and log into AWS, then build, tag, and push the image to Amazon ECR. A similar step template could push to other cloud repositories like Google or Microsoft.

Commit your changes, go to the Actions tab, and click the title of your commit message. You see the various stages of the workflow as it reaches completion.

Go to your Amazon ECR repository to view the image. Octopus Deploy can now deploy this image to a deployment target.

In this post, you set up a GitHub Actions workflow to build and push an image to Amazon ECR. Deployment tools like Octopus can then use this image in a later deployment stage to deploy the web application to a service. GitHub Actions allows code repositories to be part of a deployment process without additional work. GitHub Actions has several templates that developers can use to perform other deployment tasks.

In the next post, we'll take the image in ECR and deploy the web application.

Following that, we'll use GitHub Actions and Octopus Deploy to deploy a web application to Amazon EKS.