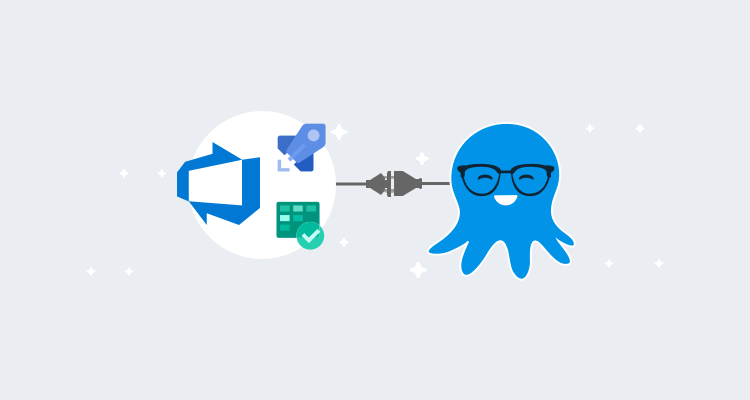 Octopus complements the Azure DevOps suite of services and we recently shipped an update to our Octopus Deploy integration for Azure DevOps to make the integration even better. It’s very common for teams to use Azure Pipelines to build their apps and use Octopus to deploy them. This approach takes advantage of the strengths of both tools and together, they enable teams to get better end-to-end visibility into their software pipelines from idea to production.

This release brings our Azure DevOps extension to parity with our TeamCity and Bamboo plugins. We’ve added support for our build information and work item tracking, and this opens up some fantastic new scenarios:

Learn how to install or update the extension.

It’s common for teams using Azure DevOps to use its work item tracking, (including Kanban boards and backlogs) to plan and organize their projects. This update brings support to identify work items associated with Azure DevOps builds and Octopus releases giving end-to-end traceability from work item to deployment. You can also click through to Azure DevOps for more information. This can help identify changes that introduced bugs into releases.

Figuring out what has changed since you last deployed to an environment can sometimes be a bit of guesswork. This is no longer the case as Octopus can intelligently determine which work items have changed since your last deployment. This feature gives you the power to see ‘What’s New’ in production or any other environment, and it rolls up the release notes and all relevant changes.

This is useful to see at a glance what has changed during deployments and very handy when working on large projects and seeing the changes other teams are contributing. 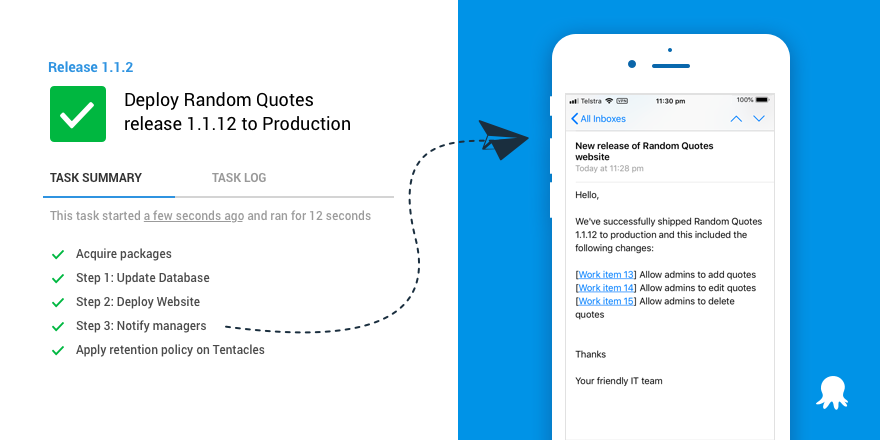 Writing release notes is generally a manual task, and while this is easier using tools like Azure Boards or Jira, it’s still time-consuming. Integrating Octopus and Azure DevOps enables this process to be fully automated. Octopus knows which issues have already been deployed to an environment so it can quickly generate release notes showing what’s new in test or production environments.

Reading release notes in Octopus is handy but sharing them via email, Slack, or other mediums is even better. Using our email step, Slack, or Microsoft Teams step templates, you can send release notes to your team or managers after every successful deployment to production. This feature makes it easy to keep everyone in the loop.

Our updated extension includes full support to retrieve all the spaces from your Octopus server, so it’s now easy to select the one for your team.

How to install or update your Azure DevOps extension

If your team is already using Azure DevOps and Octopus Deploy, I highly recommend upgrading to the latest version of our extension. This release bumps the version of the extension from v3 to v4 so you’ll need to select the newer version of each task. Read our docs for more information.

If you’re using Azure DevOps and looking to improve your deployments, you can install our extension and try Octopus Deploy for free.

In summary, Azure DevOps and Octopus Deploy work together to give you better end-to-end visibility into your software pipelines from idea to production.