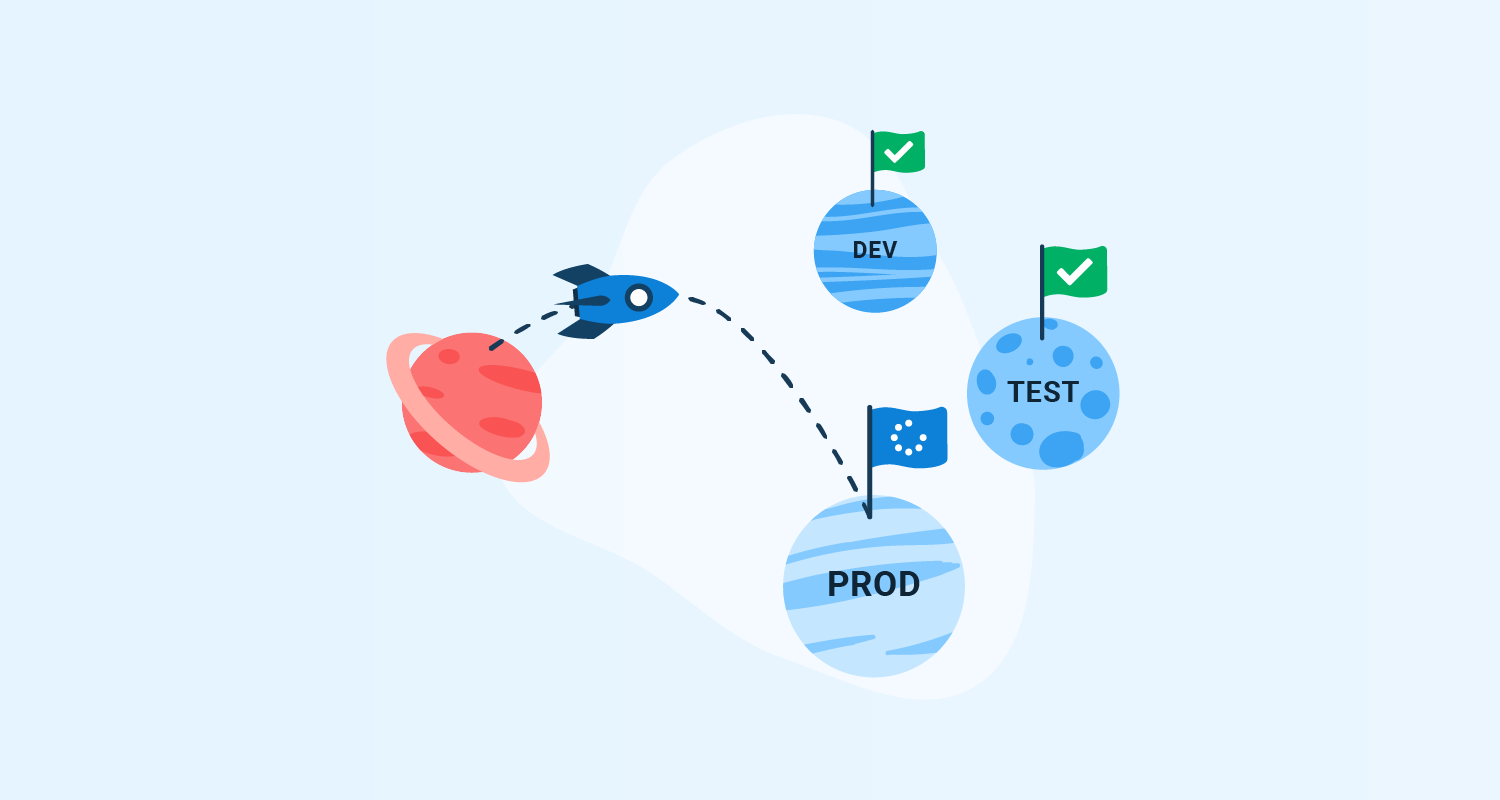 During a deployment process, an artifact is built by a build server before being deployed. Jenkins is a build server designed for multi-environment settings. Jenkins can package and push your artifact to a central repository. From here, a Continuous Delivery (CD) tool can take the artifact and deploy it.

Octopus Deploy is a best in class CD tool that helps with this process. Octopus can interface with and deploy to major cloud providers like Azure, Google, and Amazon.

This post uses the Octopus underwater app repository. You can fork the repository and use the main branch to follow along.

The jenkins-octopus branch contains the template files needed to complete the steps in this post. You have to replace some values with your own, but I've included my values in this post as a reference.

To set up AWS for Jenkins, you need to create an access key and an ECR repository to store the image.

To create an access key, go to Amazon Console, then IAM, then Users, [your user], then Security credentials, and then Create Access Key.

Your browser downloads a file containing the Access Key ID and the Secret Access Key. These values are used in Jenkins to authenticate to Amazon.

To create a repository, go to the Amazon Console, then ECR, and then Create Repository.

You need to set up an image repository for each image that you publish. Give the repository the same name you want the image to have.

You'll see your repository under Amazon ECR, then Repositories. Make a note of the zone it's in, in the URI field.

Extend the pipeline with Octopus release and deploy commands. Create a Jenkinsfile and paste the following code:

In your Octopus Deploy instance, you need to create a project called aws-jenkins:

Next, set up Development, Test, and Production environments:

You need to set up the Amazon account to deploy to EKS:

Now you need to set up your AWS Kubernetes cluster as a deployment target in Octopus Deploy:

You need to add the Amazon feed to the Octopus instance:

In your aws-jenkins project, go to Process, then Add deployment step, then Kubernetes, and then Deploy Kubernetes Containers. Add the target role that you gave your deployment target earlier.

Add the following into the YAML section:

To connect Jenkins to Octopus, you need to install the Octopus Deploy plugin.

After the Octopus plugin is set up, making a change to the code in GitHub will trigger a build in Jenkins and Octopus.

Navigate back to your Octopus instance and Project, then Overview, and you'll see the release deployed to the Development environment.

You need to port forward locally to inspect the service. Use this command to inspect the web application. The port, 28015, is based on the example in the Kubernetes documentation: 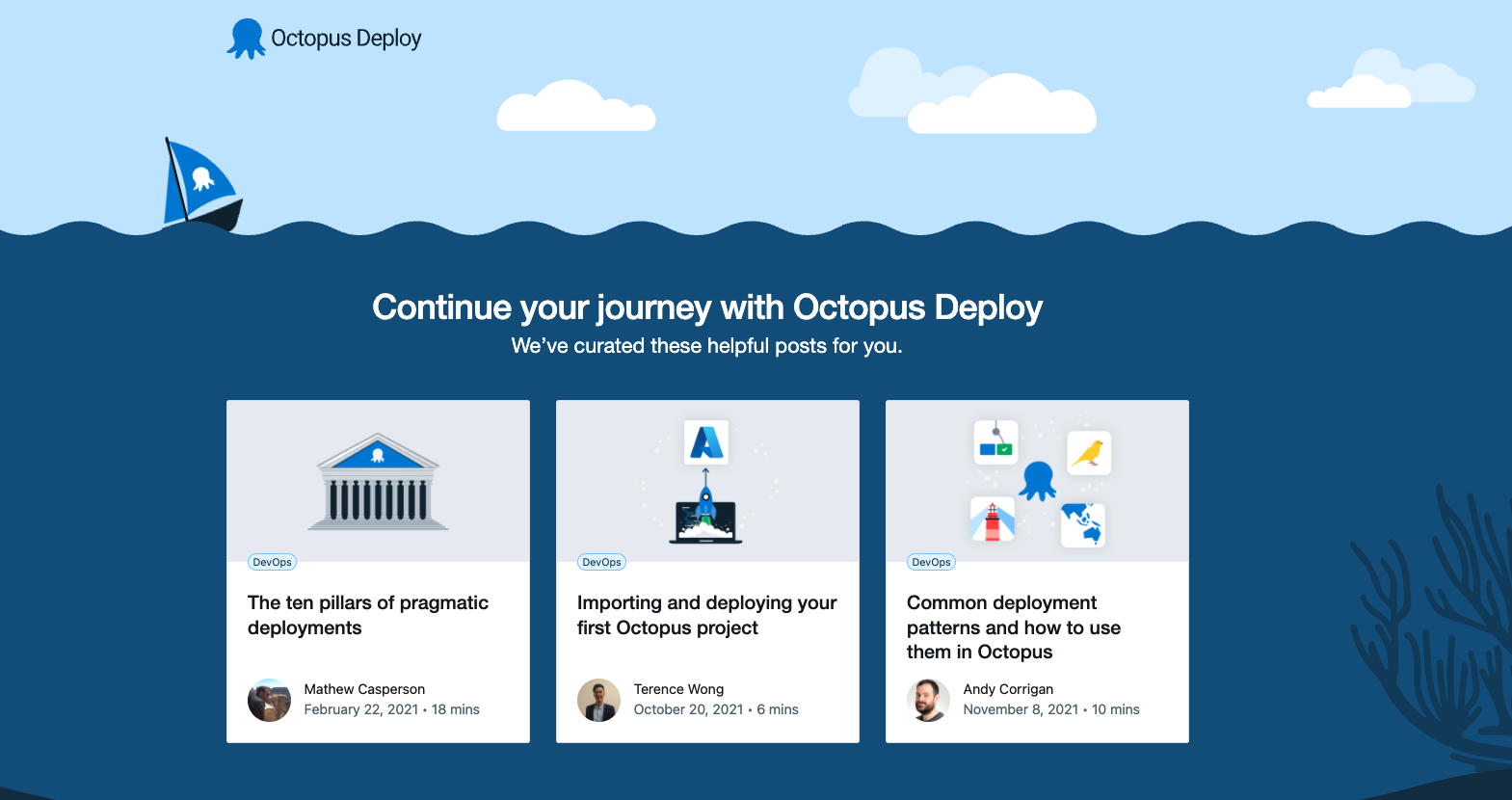 The benefits of a dedicated CD tool

Octopus Deploy is a dedicated Continuous Delivery (CD) tool that natively supports release management. Jenkins defines environments through the pipeline file. They are dividers to the pipeline code.

In Octopus, environments are dedicated spaces. Octopus Deploy makes it easy to stop a deployment in a staging environment before it gets pushed to production. The dashboard below demonstrates this capability - different releases are present in different environments, and it's easy to see where releases are in the lifecycle.

Jenkins is a Continuous Integration (CI) tool that can only do some parts of Continuous Delivery. Jenkins is commonly used to build and push images to a central repository. Octopus Deploy can interface with several different repositories and manage the deployment process. This separation of concerns allows Jenkins and Octopus Deploy to focus on what they're best at, enabling happier deployments.

In this post, you built a web application using Jenkins, pushed it to the ECR, and used Octopus Deploy to manage the deployment to Kubernetes.

Octopus Deploy provides a dedicated dashboard to view deployments in their different stages. The dashboard highlights how Octopus Deploy supplements a CI tool like Jenkins.

Octopus Deploy supports all the major cloud providers, including Azure, Google, and Amazon. If you're not already using Octopus, you can start a free trial.

Check out our other posts about deploying with Jenkins, Kubernetes, and Octopus Deploy:

Try our free Jenkins Pipeline Generator tool to create a Pipeline file in Groovy syntax. It's everything you need to get your Pipeline project started.