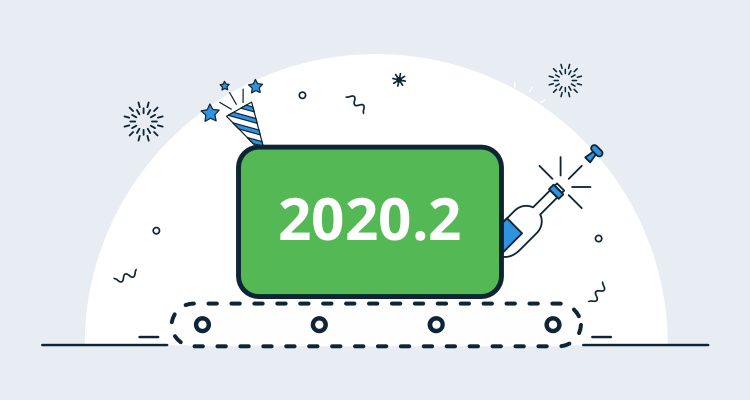 We’re pleased to ship Octopus 2020.2, our second release of the year. These are the helpful updates and benefits included in this release:

Keep reading to learn more about the updates. 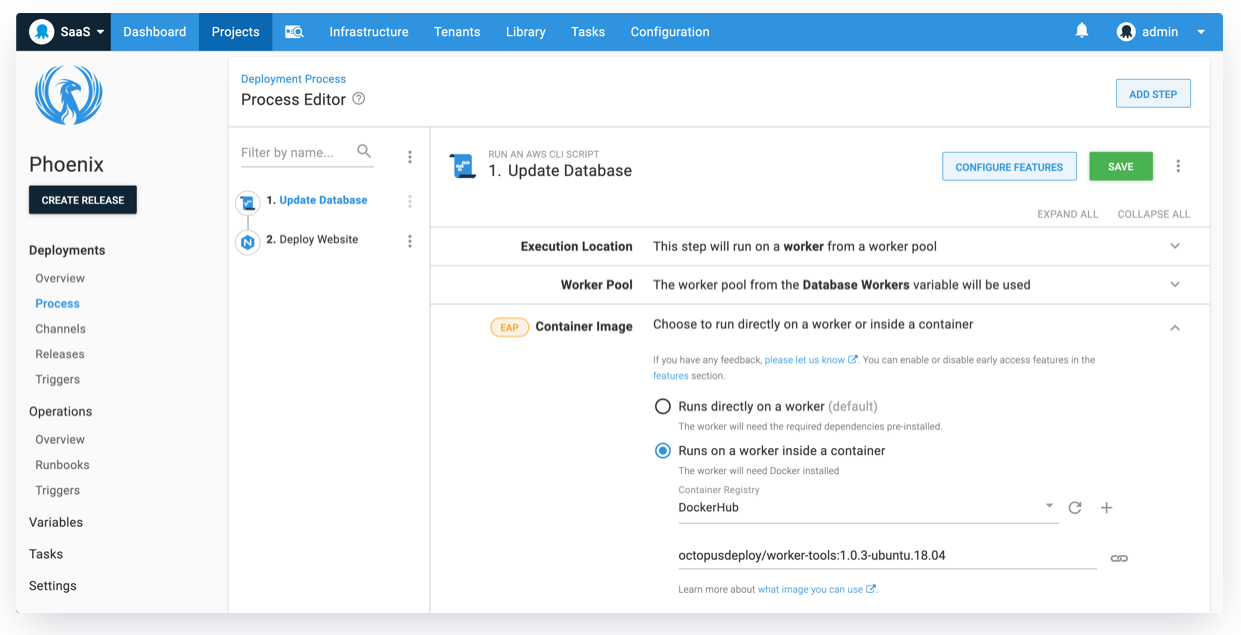 Workers were introduced in Octopus 2018.7, and they help teams move deployment work off the Octopus Server and onto other machines running in worker pools. Common scenarios for workers include database deployments and cloud deployments, where you can create a pool of workers for that specific purpose. Worker pools can also be scoped to environments to suit your needs.

In this release, we added support to execute deployment work in isolated containers on workers, and we shipped a collection of official container images bootstrapped with standard deployment tooling.

Previously, you needed to ensure the machines in your worker pools (including the built-in worker pool) have the necessary tools required for your deployments, and you needed to maintain their OS and tool versions. This approach could also be problematic if different teams required different versions of specific tools that don’t install side by side. Also, Octopus bundled some tools, but it was still a challenge to keep them up to date.

Execution containers for workers resolves this issue and more.

Our pre-built images include cross-platform support for Windows 2019 and Ubuntu 18.04, and you can select the latest image tag or a specific version based on major, minor, or specific patch versions. We are launching images with the following tools pre-installed.

It’s also possible to build container images with your team’s exact requirements. For example, you can build a customized image with a specific version of kubectl with the following command: 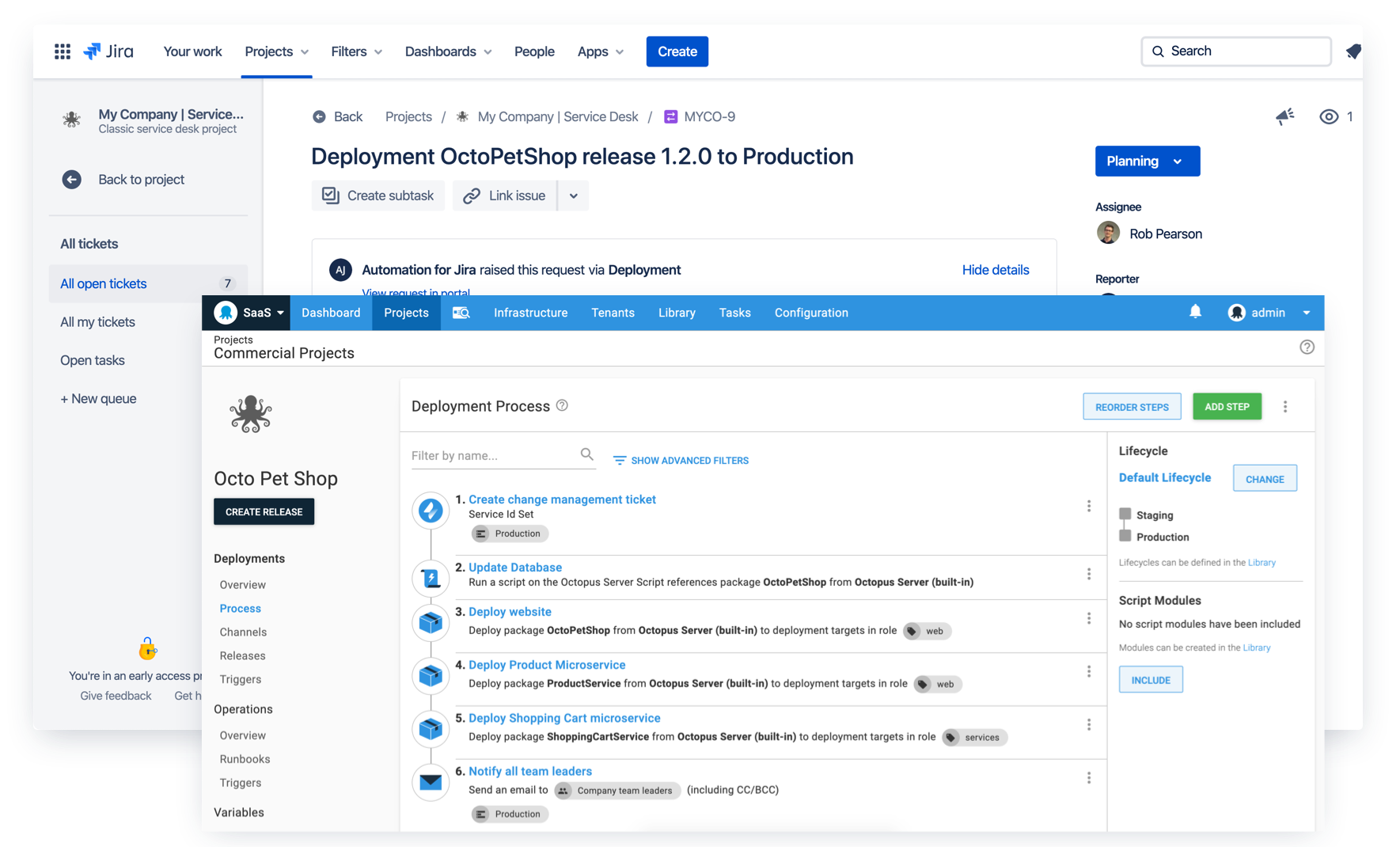 This feature is the first part of a more significant change management feature-set, so I recommend registering for updates on our public roadmap for more information about this feature.

Run conditions allow you to customize each step in your deployment process to provide greater control over the step’s execution. This release adds support for rolling deployment and machine level run conditions.

For example, if you are deploying a web service update to a web farm in a rolling deployment, you could sanity test the service after the update step and set the service status to an output variable. In a follow-up step, you can add it back to the web farm if the service status is positive with a variable run condition. Previously, this was not possible. 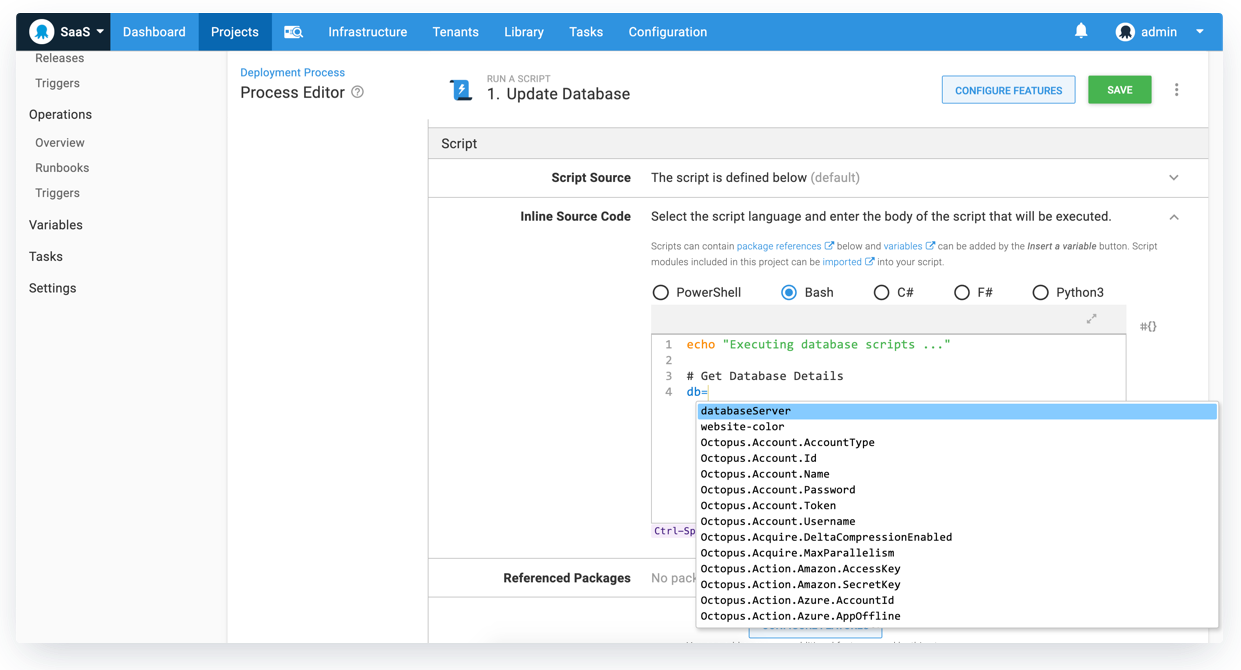 We also added a handy shortcut to insert variables quickly without needing to click the variable lookup button.

Type Control + Space to get a quick variable lookup menu with fuzzy search support. Select the appropriate variable using the arrow keys and then press Enter. This simple update is quite useful once you get used to it.

Check out our public roadmap to see what’s coming next and register for updates. We’re already working on our Config as Code feature set, and it’s looking good.

Octopus 2020.2 is here, and it brings some nice improvements. Execution containers for workers and integrated change management with Jira Service Desk are the first steps of these feature sets that simplify deployments and release management.

Feel free to leave us a comment, and let us know what you think! Happy deployments!