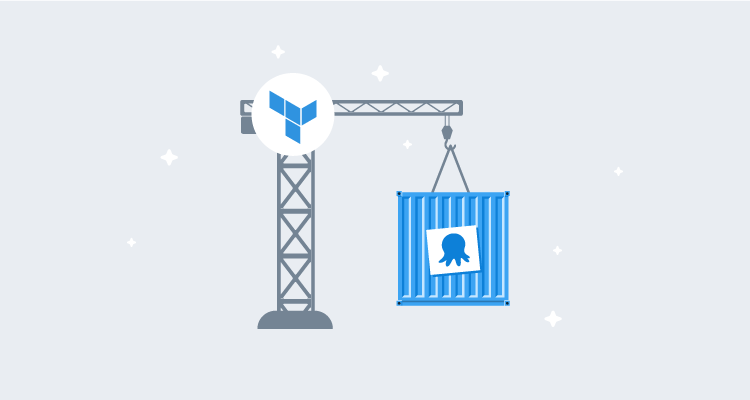 Octopus is proud to introduce our official Terraform provider. This project started as a community initiative by Matthew Hodgkins, who built it to suit his needs. Down the track, Mark Henderson contributed to the project for the needs of StackExchange. We’re indebted to Matt and Mark for their efforts since the project started in 2018. Making this an official, supported provider brings significant advantages, as we can keep the plugin up-to-date, improve its testing, and add new features.

In this blog post, I introduce the Terraform provider for Octopus Deploy, and share practical examples of how to get started with it.

Why Infrastructure as Code?

Automation and DevOps are the future. Creating infrastructure manually is slow and error prone, and it’s far too easy to break systems with something as small as a silly typo.

Infrastructure as Code lets you declaratively describe your infrastructure, and the associated tooling lets you test it before applying it to production systems. Storing your configuration in source control allows you to improve quality further with collaboration, code reviews, and it gives you a full history of changes.

What is a Terraform Provider?

Getting started with the Terraform provider for Octopus Deploy

Our Terraform provider allows teams to provision and configure Octopus Deploy instances. This applies to both on-premises Octopus servers and Octopus Cloud instances.

We use this Terraform provider internally to provision and configure Octopus instances, including Octopus Cloud. It’s a fantastic tool and we’re excited to see it used in teams in the community.

This provider is powered by a new cross-platform Octopus client written in Go. This client is useful as it lets you interact with Octopus without direct calls to the Octopus REST API. It complements the Octopus CLI and other Octopus API clients.

The following tooling is required to use the Octopus Terraform provider:

We are publishing the Octopus provider to the official Terraform Registry, and Terraform automatically detects which providers you need and installs them.

To get started, here’s a simple example that shows you how to add a new variable set to an existing Octopus instance and space:

NOTE: This is not a complete Terraform tutorial. I highly recommend you read the excellent Terraform documentation to learn more about Terraform itself. 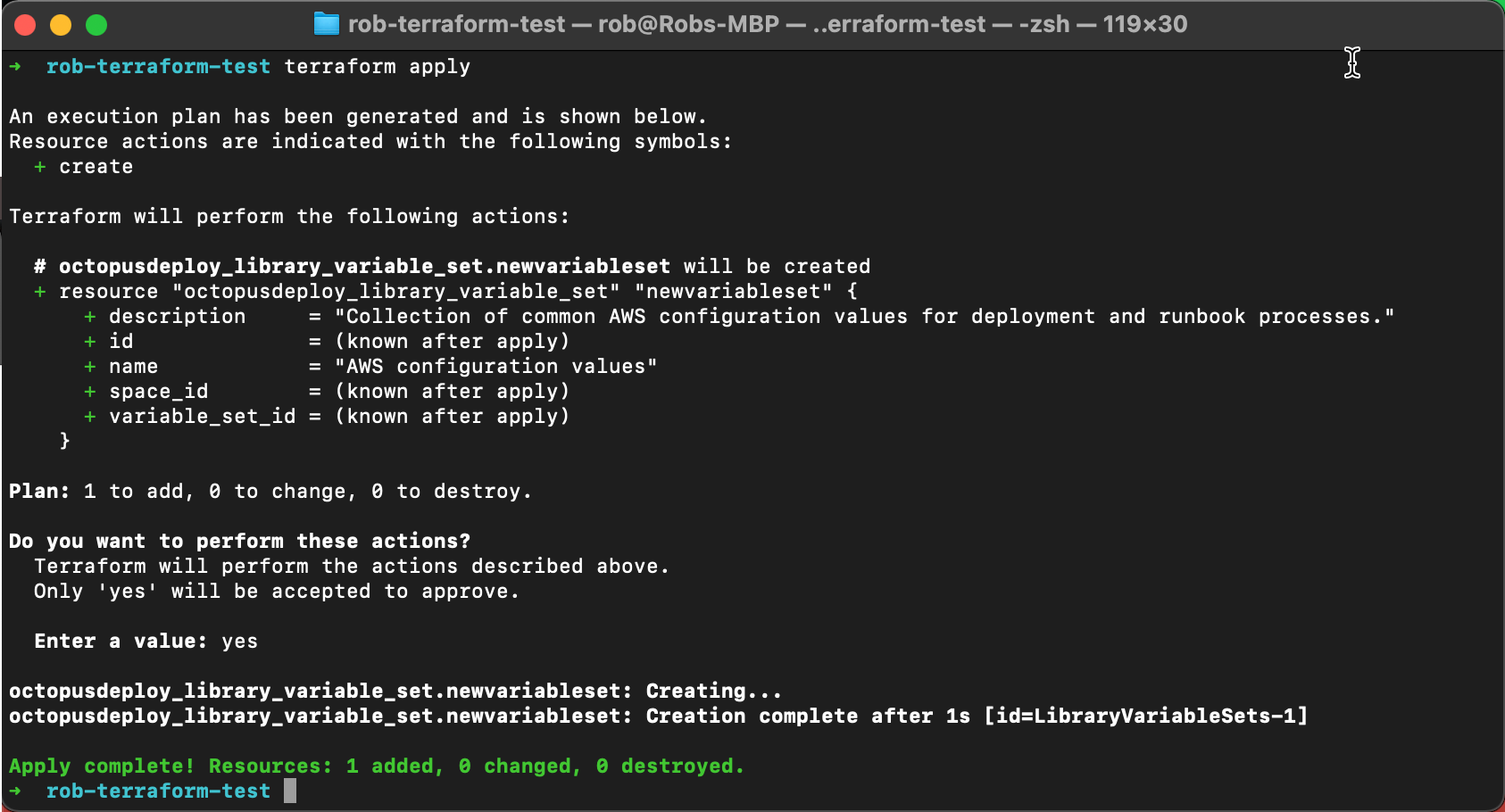 Read the Terraform provider docs and review the examples folder in the GitHub repository for more examples.

Watch our Managing Octopus with Go and Terraform webinar to get an indepth overview and see numerous real-world examples live.

The project repository is available on GitHub with the Mozilla Public License Version 2.0 license. We accept pull requests, and we’d love to see community contributions.

Infrastructure as Code with the Terraform provider vs Configuration as Code

We’re currently building support for Configuration as Code to give teams a version-controlled text representation of Octopus projects. This brings numerous benefits but it also raises several questions.

Both features are valuable, and they complement each other. You can choose to use them independently or together if it suits your needs. The most significant difference between the two technologies is scope. Infrastructure as code focuses on provisioning and configuring a whole Octopus instance, whereas Configuration as Code focuses on automated processes in a project.

With Configuration as Code, you get a human-readable version of an automated process (deployment and runbook) in Git source control. This brings numerous benefits including capturing history, enabling changes with branches, having a single source of truth, and improving the ability to create template configurations than can be cloned. Config as Code focuses on automated processes within a project. It does not allow you to configure other areas of Octopus.

With Infrastructure as Code, you can provision new Octopus instances and configure existing ones. This covers most of the Octopus surface area from infrastructure, to projects, to the library, to system configuration. You also gain numerous benefits from the Terraform ecosystem, including a consistent approach for configuring infrastructure, managing changes, and detecting drift.

We’re thrilled to share our Terraform provider, and we hope it helps teams manage their Octopus instances with a declarative "Infrastructure as Code" approach.